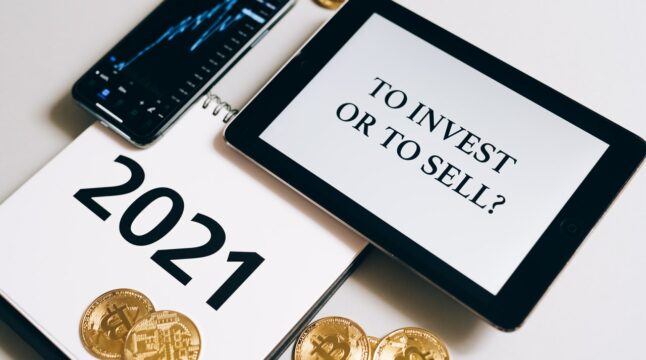 Even though Bitcoin's 60% YTD rise is weak compared to its growth in 2020, this can be considered it's best year.

Bitcoin started 2021 with significant momentum, gaining more than 100% in less than four months. Unfortunately, this trend didn’t last long as it entered what seemed to be a months-long bear market after Elon Musk and China scrutinized it over environmental concerns.

While BTC managed to recover all losses and even hit a new all-time high by October, it is not entering 2022 at quite an impressive price tag. As of now, Bitcoin is hovering at around $47,000, representing a mere 60% gain for the year. In comparison, it gained around 300% in 2020.

Despite this not-so-glamorous price performance, 2021 is marked as Bitcoin’s best year. Here is why.

Bitcoin Proved to be a Better Hedge Than Gold

Precious metals like gold and silver are considered strong hedges against inflation, and for good reasons. Unlike fiat currencies, these assets have a finite supply which helps them retain their value over time. Moreover, historically, these metals have proven to appreciate in value.

However, with inflation rising faster than ever, precious metals are failing to deliver inflation-beating returns. While inflation is at record levels (highest since 1982), gold is down by over 4% YTD. On the other hand, Bitcoin has proven to be a better hedge against inflation.

According to Finbold, Bitcoin’s return over investment (ROI) YTD is more than 70% that of gold. This describes why some prominent traditional finance (TradFi) investors have turned to Bitcoin as a hedge against inflation. For one, American billionaire hedge fund manager Paul Tudor Jones claimed he believes Bitcoin is a better hedge than gold. He said:

Backing Jones’ statements, strategists at JPMorgan said that inflation concerns were driving Bitcoin’s rally in October, not excitement around US Bitcoin futures ETF. They said:

“Instead, we believe the perception of Bitcoin as a better inflation hedge than gold is the main reason for the current upswing, triggering a shift away from gold ETFs into Bitcoin funds since September.”

In 2021, bitcoin witnessed an influx of high-profile and institutional investors who poured billions of dollars into the coin. Among the more prominent examples, major electric carmaker Tesla purchased $1.5 billion worth of Bitcoin. Further, Bitcoin bull and crypto enthusiast Michael Saylor also expanded Microstrategy’s BTC holdings to above 121,000 BTC.

Elon Musk has also disclosed that his private aerospace manufacturer SpaceX holds some bitcoins on its balance sheet. Interestingly, none of these companies intend to cash out their Bitcoin holdings any time soon, or any time in the future.

Notably, this increased interest comes at a time when US lawmakers are trying to adopt a friendly stance towards crypto. For one, SEC Chair Gary Gensler has assured investors that they don’t intend to implement a ban on crypto. He also said that the ball is in Congress’ court to regulate crypto, which is somehow optimistic since more than a handful of lawmakers are pro-crypto.

In a hearing earlier this month, the US House Financial Services Committee invited six crypto executives. There, some crypto-friendly regulators expressed concern that excessive regulatory pressure could force crypto firms to move outside of the US.

Congressperson Ted Budd, for example, said he feared the current policy of regulation by enforcement in the US could “force the next generation of financial tech to be created outside of our country.” He added that “we can’t let that happen,” asking Brian Brooks for some regulatory advice.

Nevertheless, while the entrance of institutional investors marks a significant milestone for Bitcoin, its adoption as a legal tender is even more significant. On September 7, El Salvador became the first country to officially adopt Bitcoin as legal tender, making BTC an accepted means of exchange for goods and services.

Join our Telegram group and get insight on long-term crypto trends.

China used to be the world’s largest crypto mining hub. By June this year, it was estimated that China was home to around 75% of the world’s Bitcoin mining hashrate. However, following a vigorous crackdown on crypto mining, Chinese mining companies either halted their operations or moved overseas.

Initially, the news caused a selling spree and acted as a perfect catalyst to trigger the May crash. However, there were several long-term benefits to that transitory trouble. First of all, China significantly lost its influence on the crypto industry. More importantly, miners spread across the world which helped in the decentralization of crypto mining.

While Bitcoin’s hashrate plunged by over 50% at the onset of China’s crackdown, it managed to fully recover within the course of a few months. Specifically, Bitcoin’s hashrate reached April peaks in early December, not even leaving a trace of the clampdown.

There are also some other factors that make 2021 Bitcoin’s best year. For example, Taproot, Bitcoin’s long-anticipated update, went live. As reported, while the update will not benefit average Bitcoin users in the short term, it does give developers an expanded toolbox to integrate new features.

Coinciding with the Taproot deployment, the use of the Bitcoin lightning network, which enables fast transactions with low fees, has considerably increased. As of late December 2021, the network can handle as much as 3,308 BTC, or $168.6 million, representing a 433% increase in capacity from the beginning of the year.

Do you agree that 2021 was Bitcoin’s best year? Let us know in the comments below.