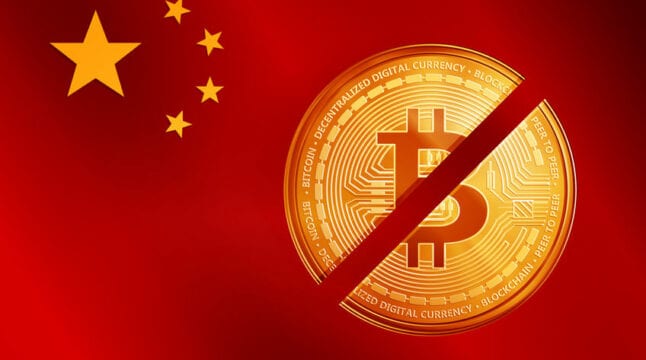 Despite China FUD, Crypto Market is More Mature Than Ever

It is easy to forget that crypto volatility is a double-edged sword. Sometimes, the one side is more prominent.

When price corrections occur, it is easy to get caught in the moment and obsess over the very viability of an asset. However, when we take a look at the bigger picture, it is easy to see why Michael Saylor used this opportunity to buy 13k BTC.

Following the renewed Chinese crackdown on Bitcoin mining operations, many wonder if Bitcoin will see new bottoms. After all, that was the effect Chinese authorities tried to instill – FUD (fear, uncertainty, doubt). They have done so many times before because they know that 65% – 75% of the Bitcoin hash rate comes from miners in China.

Take this tweet for example. If you don’t read the date from two years ago, you would mistake it for yesterday’s news.

This time around, amplified by Elon Musk’s tweeting, Chinese authorities sought to prolong the FUD momentum, and it worked. Bitcoin lost over half of its value from its ATH of $64.8k in April. The good news is that BTC’s bottom seems to reside in the $31k – $34k region. Since May 19th, BTC price bounced three times from these bottoms, with what looks like a fourth recovery.

However, there is no doubt that Bitcoin is in a transitory period. China’s largest banks threatening to close accounts if linked to crypto dealings poses an elevated threat level. Nonetheless, miner migration from China into safer pastures has already been an ongoing process. Likewise, the financial media’s favorite attack on Bitcoin – carbon footprint – is steadily losing steam.

Although Bitcoin is already more eco-friendly than a single slice of the financial sector, the crypto space continues to innovate. Just yesterday, Stronghold Digital Mining announced the raising of $105 million to turn coal waste into a crypto mining resource. As for the reduced hash rate itself resulting from the Chinese miner exodus, it auto-adjusts.

After 2,016 blocks, Bitcoin’s algorithm checks the hashing power vs the number of miners. If the latter is reduced, the hashing difficulty is also reduced, meaning that fewer miners can secure the network and facilitate transactions because the computational power needed is reduced. All of these factors – green attack, China crackdown, reduced hash rate – translate to a temporary setback.

As Bitcoin miners are ousted from China, they create a selling pressure. Forced to either recoup their expenditures and loans, or pay for the logistics of moving complex mining operations elsewhere, miners are starting to sell Bitcoin.

It appears that one of the largest mining companies, Bitmain, sees the United States as their primary migratory target.

When resolved, these moves will turn around the consistent double-whammy for Bitcoin:

In other words, the FUD generation pool to drown Bitcoin will be severely depleted, leaving Bitcoin to enter a new stage of maturity. Speaking of which, Bitcoin’s maturity has never been higher in terms of:

The last time Bitcoin lost half of its value in such a short time period was last March, going temporarily under $4k. The question then remains, will Bitcoin leave the current price correction in a better or worse state than when it entered it? We leave it up to you to decide based on the current trends and indicators shown.

Did you know it is more difficult than ever to buy an affordable home, due to 24% inflation in the housing market? In the long run, what asset other than Bitcoin would you use against such inflation?