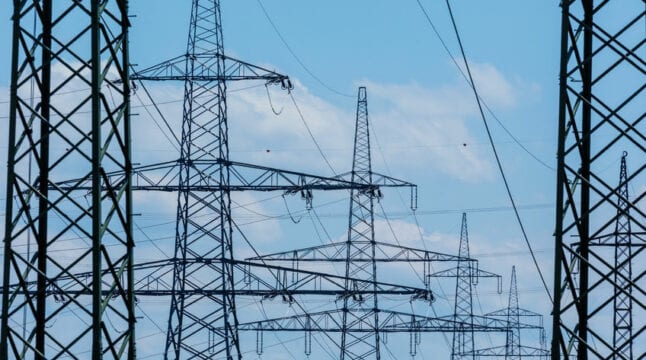 Study: One Part of the Banking Industry Uses 2.1x More Energy Than Bitcoin

Arguments against Bitcoin's energy consumption continue to weaken when the larger context of the world is considered.

Elon Musk has recently tweeted that Tesla has suspended its vehicle purchases via Bitcoin, citing worries about Bitcoin’s environmental impact. This is not the first time that Bitcoin’s energy consumption has been put to question– these types of concerns have plagued crypto since the start. However, a 2021 study by Galaxy Digital found that Bitcoin uses less than half as much energy as the banking system, or the gold industry.

On May 12th, Elon Musk shocked crypto fans by announcing that Tesla will end its support of Bitcoin, citing fears that it has a negative environmental impact. He then shared a source from the University of Cambridge Centre for Alternative Finance, showing how high Bitcoin electricity consumption is estimated at, and further tweeted that he was also working directly with Dogecoin developers to “improve system transaction efficiency”.

Bitcoin’s electricity usage should come as no surprise, any Proof-of-Work blockchain uses energy to mine blocks, and as Bitcoin is the biggest cryptocurrency in the world, its power usage will be high. However, the problem with the accusations against Bitcoin is that they rarely ever compare it to traditional finance. Bitcoin takes up power, but traditional banking, and the gold industry, take up significantly more.

A study by Galaxy Digital, released in May 2021, examined Bitcoin’s consumption, and then compared it to both gold, and the banking system. The results are enlightening, helping to visualise Bitcoin’s activity in relation to our current financial infrastructure.

Further, this study only accounted for select aspects of banking. Elements such as central banks, clearing houses, and other aspects were excluded.

Finance will Always Have an Environmental Impact

Of course, Bitcoin is still using a large quantity of energy, but as the study shows, this is all relative. Bitcoin is a rival to both banking and gold—as it is frequently treated as an alternative to gold. With this in mind, Bitcoin clearly makes its case as the more environmentally friendly candidate. Bitcoin maximalists, those who believe Bitcoin and crypto will replace traditional finance, actually favor BTC because they know it is more environmentally friendly in comparison.

As the study explores, perhaps the bigger question is not whether Bitcoin is environmentally friendly, but whether Bitcoin’s consumption is acceptable and justifiable. Generally, the people complaining about Bitcoin’s impact disregard its significance in the lives of individuals around the world. The study states that Bitcoins offers “financial freedom to people around the world without the luxury of stable and accessible financial infrastructure”.

Bitcoin is, first and foremost, a financial alternative designed for the masses. In fact, crypto as a whole is a means of helping those in complex and dire financial situations around the world to gain an economic footing. It does this through its accessibility and decentralization. Bitcoin might take up a lot of energy, but that energy has also been used to secure a network which can lift people out of poverty, and help lives flourish.

Elon’s Confusing Stance on the Environment

If Bitcoin’s energy consumption was truly weighing on Elon Musk’s conscience, then nobody can blame him for suspending Tesla’s Bitcoin transactions. Different people have different ideas of what justifies energy consumption and what does not. However, Musk’s activity has left some questions.

If the environment is the real concern, why not ditch energy intensive proof of work altogether?

Do you think Tesla was right to suspend support of Bitcoin? Let us know in the comments!