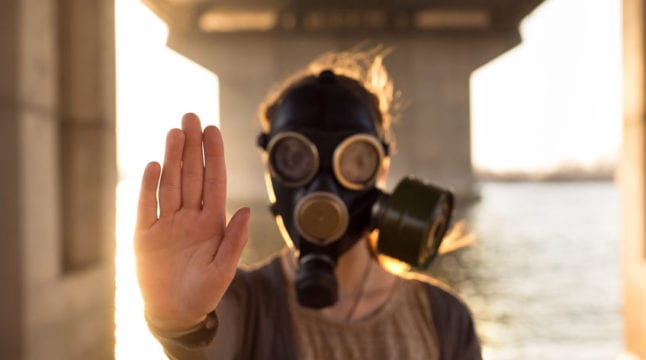 Elon Musk triggered a new vector of attack on Bitcoin: that it's just as climate-destroying as crude oil and gas.

When the media narrative coalesces around identical talking points, it pays to examine the underlying assumptions. Does it make sense to besmirch Elon Musk’s Bitcoin acquisition because miners consume as much energy as “insert country of your choice”?

Ever since Elon Musk asked Michael Saylor, the CEO of MicroStrategy, how to buy large quantities of Bitcoin (BTC), HODLers rejoiced at another major institutional push. As crypto exchanges report severe depletion of their Bitcoin reserves, this wave of institutional HODLing may end up greatly accelerating Bitcoin’s price toward $100k, thanks to the renewed interest of the billionaire class.

At the beginning of February, Elon Musk even added Bitcoin into his Twitter bio. This he soon removed, as he shifted the focus of his 46.5 million followers to the memetic Dogecoin, just before the massive Bitcoin purchase took place.

However, following Monday’s announcement that the world’s richest man completed the purchase (via Tesla) of $1.5 billion worth of Bitcoin (BTC), the legacy media had jumped on the opportunity to frame this move in a less than positive manner. Instead of focusing on the news that Tesla is to be the first automaker to accept Bitcoin as a form of payment, headlines turned unexpectedly sour.

According to Legacy Media, Bitcoin = Dirty

In a seemingly uniformed manner, the world’s major media outlets framed Tesla’s Bitcoin investment as incompatible with the company’s sustainability goal. Here are just some of the headlines to give you an idea of the narrative being established:

It is often the case that the way media reports events becomes its own story. Given these headlines, one would think that no eco-friendly person should even contemplate holding Bitcoin, effectively equalizing it with the “dirty oil industry”. With socially responsible investing gaining traction among retail investors, how should we view Bitcoin’s impact on the environment?

The Quantification of Bitcoin’s Energy Consumption

First of all, let’s remind ourselves why Bitcoin, a virtual code, requires so much electricity. It is not that Bitcoin’s blockchain transactions are so fraught with friction. Instead, it’s all about mining Bitcoin’s finite 21-million pool of coins, of which about 18.5 million have been mined so far. And by mining, we mean employing computing power to solve highly complex mathematical equations.

If you recall, each Bitcoin halving reduces mining rewards, which means that miners have to greatly streamline their mining farms, carefully picking countries and locations with the cheapest electricity available. However, as Bitcoin’s price continues to skyrocket, it tends to level the cost-benefit concerns.

Depending on the year the data has been reported, and by which institution, Bitcoin’s carbon footprint – annual energy consumption – is often compared to countries’ carbon footprint. When you pick a category for comparison, you can go from Chile to Luxembourg, according to Digiconomist’s study.

These numbers seem quite large. After all, they are comparable to entire nations, aren’t they? Nonetheless, this very quantification is misleading because Bitcoin mining is uniquely transparent and self-contained. When one accounts for all the companies with their mining rigs and adds retail miners, it is easy to string out “worrying” numbers positioned against an arbitrary threshold.

For the past decade, we have seen a major institutional shift toward environmental sustainability. Bank of America leverages this metric against businesses seeking the bank’s services, while software giants like Microsoft developed a sustainability calculator. In the name of sustainability, the Biden administration recently canceled the Keystone XL pipeline project, despite pipelines serving as the most efficient transport of oil and gas.

In the name of alleviating the carbon footprint, electric vehicles are made, with Tesla leading the pack. No doubt, if we all went full EV, every city would be noise and smog-free. Yet, in order to create batteries for EVs, lithium first has to be mined.

According to automotive consultancy Berylls Strategy Advisors, the creation of lithium car batteries alone ends up emitting up to 74% more CO2 than a modern vehicle running on gasoline. Notice that Tesla is impugned for investing in “carbon-heavy” Bitcoin, but not for lithium batteries, which are assumed by default to be superior to gas & oil.

The popular environmental documentary, Planet of the Humans, reveals many such inconsistencies, in which environmentalism shifted from conservation of nature to corporate-driven renewable systems, from solar and wind to lithium, that don’t seem to be as renewable once the hard data is in.

As a distinct ecosystem of miners and investors, it is easy to point to Bitcoin and say – this is how much damage it does to the environment. We pick a threshold – a country – and recoil in horror that a financial system outside the establishment leaves a comparable carbon footprint, as if an extra nation places a burden on the planet.

The problem with thresholds is that they themselves are picked for a specific purpose. When they are tweaked, they construct a certain perception, as Elon Musk noticed.

To avoid such a trap, let’s put things into perspective. For Elon Musk to transfer $1.5 billion worth of BTC, he would need to spend less than $10 worth of electricity at peak demand. Now, let’s say that the Bitcoin blockchain doesn’t exist. For transactions outside the blockchain, one would have to account for the following carbon footprints:

As you can see, if we continue to appropriately apportion both the minuses and pluses to each monetary system, the Bitcoin ecosystem doesn’t represent an extra nation plaguing the Earth. Instead, it negates unaccountable waste.

Does the Legacy Media Admonish Federal Bureaucracy with the Same Vigor?

Lastly, speaking of nations and waste, compare the media coverage of Tesla investing in Bitcoin to the American long-standing entanglement in Afghanistan. The SIGAR report revealed astonishing levels of corruption, fraud, waste, and misuse of funds.

Because of warped bureaucratic incentives, much of that $19 billion unaccounted money went into excessive spending for fear of losing funds in the next round of appropriations. One of many manifestations of this was to intentionally leave vehicles running – increasing carbon footprint – to justify asking for more money in the future.

More importantly, such a wasteful adventure is made possible because of the nature of the outside-blockchain financial system. One in which the money supply is increasing at a record-breaking pace. Keep this in mind when you next see headlines maligning Bitcoin as wasteful.

What are your thoughts of Tesla’s purchase of Bitcoin—and the mainstream media’s reception of the announcement? Let us know in the comments below.