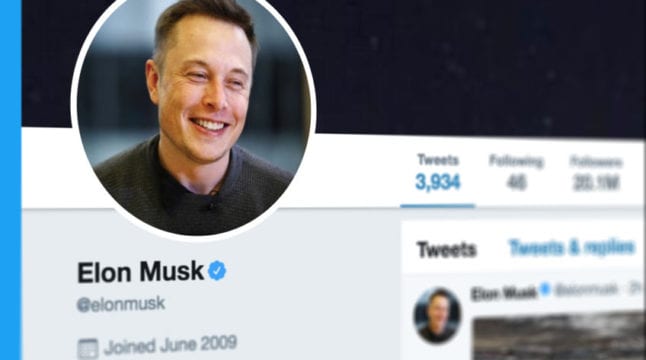 Sure, he loves memes—but as the richest man in the world, he seems to also love money.

Half of all DogeCoin is contained on 20 addresses, one of which holds 27% of the entire supply. Surely, someone benefited from the recent surge in the price of the world’s “memiest” digital coin.

Elon Musk’s official Twitter handle has 46 million followers. Anything he says has an organic multiplier effect that very few businesses could match even after spending thousands of dollars on a well-planned marketing campaign.

Not to mention, Musk was recently declared the richest person alive.

Does such power come without any responsibility at all? Is it always upon the followers to verify if an otherwise straightforward tweet has some entirely different purpose than what appears to be intended?

With Musk’s tweets, it’s hard to say. His consistent endorsing of DogeCoin can easily make one rethink and re-evaluate all these aspects. But, before we attempt to gauge the motives, let’s have a quick look at the facts – only to freshen up our memory.

Only a few days back, Musk, apart from being unambiguously vocal in supporting WSB’s efforts, also made a series of tweets shooting the coin up by 59% from the price it was being traded at just 24 hours ago.

Musk’s endorsement of the DogeCoin was all the more dramatic because, after declaring that he would be “off Twitter for a while”, he returned to the platform on the morning of 4th of February only to post an enthusiastic Doge meme on his feed.

The image, adapted with edits from the movie Lion King, showed Musk himself holding up the Doge meme followed by another tweet on the same day, saying “Dogecoin is the people’s crypto”.

Since then, he has tweeted about Dogecoin several times, including a poll and another meme with the heads of Gene Simmons, from the band Kiss, Snoop Dogg, and Elon Musk all packed into another Lion King meme.

The poll asked his followers to choose the future currency of earth from the following two options: “Dogecoin to the Moooonn” or “All other crypto combined.”

One of the core intentions of decentralized finance and digital currencies has always been to make the world of finance more democratic, equitable, and easy-to-access.

On the surface, Musk’s claim about DogeCoin being a peoples’ currency is in line with those intentions.

But, is DogeCoin decentralized in the real sense of the term? Or in the garb of decentralization, it practices more centralization than the instruments of the mainstream world of finance?

Dogecoin came into the market on December 6, 2013. Since then, it has seen its fair share of ups and downs, like many other cryptocurrencies. But what is unique about Dogecoin is that one particular address holds 27% of all DogeCoins, which has the value of nearly $2.7 billion.

On February 6, 2019, 500 Dogecoins were sent to one specific address followed by a transaction worth 60 DOGE and then another two sent shortly after. None of these transactions raised any suspicion until, all of a sudden, 1.6 billion doge coins were transferred at one go to this same address.

If you are thinking about why a decentralized protocol would end up having such a high share of ownership concentrated to one particular address, be ready for more surprises.

The top twenty addresses of Dogecoins hold more than 50% of all doge. What does that mean for you, a regular holder of a moderate volume of Doge?

What Will Happen With Dogecoin?

Well, it does make you vulnerable to the whims and fancies of these twenty addresses. If they put their might together, they can change the rules of the game whenever they want. The owner of a moderate volume of Dogecoins can not counter these shifts no matter how democratic the platform is.

Moreover, who would benefit the most from a stellar rally of Doge? Well, the one address that owns 27% of all Dogecoin alone. So, if one tweet from Elon Musk could send Doge to its all-time high, could Musk be seeking to benefit from the upsurge?

Speculations are rife that Musk is the owner of the address that holds 27% of all Dogecoin alone. Whatever may be the case, there are two clear-cut inferences that one can draw from whatever has happened to Dogecoin to date.

First, Elon Musk has a surprisingly keen interest in pushing Dogecoins prices up. Sure, he loves memes—but as the richest man in the world, he seems to also love money. Second, the ownership of Dogecoin is abnormally skewed towards the top 20 investors. We will have to wait and watch to know how these two phenomena play out in the future.

What do you think of Elon’s strange tweets surrounding Dogecoin? How do you see the situation ending? Let us know in the comments below.