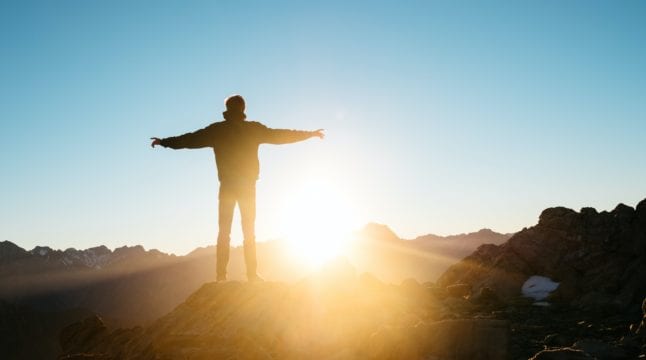 GME, WallStreetBets, and Robinhood: The Perfect Storm for a DeFi Takeover

When push comes to shove, decentralized building may become the only way forward.

Bubbling from the volatile cauldron of rapidly diminishing social mobility, GameStop drama has far-reaching consequences. The system has responded with the usual application of double standards and suppression. However, as more people see the rigging in action, migration to decentralized platforms will become more commonplace.

The Downfall of Robinhood

If you were to present a movie script about the stock happenings this week to a major Hollywood studio, you would probably get the following response: “No, it’s too much on the nose, can you tone it down a bit?” It has all the elements of a gripping story—treachery, double-dealing, populist insurrection, hypocrisy, crackdown, and dawning clarity.

Robinhood, a stock trading company drawing from the marketing force of a mythical hero who fights the miscreant rich to give to the poor—has permanently unmasked itself. More accurately, Robinhood’s mask had been ripped off by the same people it purportedly tried to serve—retail traders. It turns out, behind that mask was another hedge fund—Citadel Securities.

To follow all the plotlines of this intricate and far-reaching story, here is a brief recap with an even greater resolution of the total picture:

Circling back to Robinhood’s unmasking, the reason why Robinhood was able to do zero-commission trading is that it was selling user data to market makers, so-called order flows. Of course, this was no secret, but the problem is that:

To make things worse for Robinhood, it engaged in auto-selling customers’ GME shares without their permission, in addition to restricting trades for specific stocks when the tables turned. On top of that, Robinhood’s business model—relying on hedge funds for income—is in deep trouble, struggling to have sufficient cash reserves to service its customers. In the end, Robinhood’s maxim which gained it millions of customers couldn’t have aged more poorly:

With the class-action lawsuit against Robinhood under way and its reputation in tatters, the unmasking wasn’t just contained to the hip trading app. It turns out, the former Federal Reserve Chair and current Treasury Secretary, Janet Yellen, had received $800,000 in speaking fees from Citadel—the same hedge fund embroiled in Robinhood stock restricting shenanigans.

This hefty speaking fee—representing a long-standing tradition of buying influence—is just one of many. This too shouldn’t surprise anyone. After all, the famous Princeton study laid it out clearly seven years ago:

During 2020, we have seen this economic centralization at an astonishing pace. As billionaires collectively made $3.9 trillion, global workers lost $3.7 trillion in earnings, according to ILO. In turn, there are 8 million more Americans below the poverty line, as millions lineup to wait for food banks. GameStop’s financial insurrection acutely brought all of these trends and facts to the forefront of people’s consciousness.

As people start to see the rigging of the system, the system continues to implement what it honed during Trump’s presidency: de-platforming. In addition to the institutional response to de-facto curtail the 1st amendment of the US constitution, Facebook joined in to ban organized traders.

Decentralization as the Only Viable Alternative

Does it look as if these major centralized systems are fit for purpose? Across the political spectrum and social strata, a clarity is dawning. As the system abandons core social concepts of free association and free speech, it is time to look for viable alternatives—decentralized communication and financial platforms.

Time to Tap into DeFi

Everyone understands why Bitcoin (BTC) has managed to surpass VISA’s market cap. It doesn’t have any central management driven by a specific agenda. Instead, Bitcoin’s authority is nestled inside the confines of cryptographic math and the internet’s infrastructure. It has a finite pool of coins—21 million—so no one will be able to increase its money supply, in contrast to the Federal Reserve policy.

As such, Bitcoin represents decentralized, secure, digital gold that can’t be rigged. Moreover, its younger brother—programmable Ethereum (ETH)—has made huge gains in developing an entire decentralized ecosystem in the form of decentralized apps (dApps). They range from gaming to virtual banking with all of its financial instruments of borrowing and lending.

Under the umbrella of Decentralized Finance (DeFi), the market cap of this ecosystem has grown immensely since the Summer of 2020, by over 2650%, from $1 billion to $27.5 billion. The graph below looks familiar to GME stock, doesn’t it? Except, you will find no short squeeze market manipulation outside of the initial bubble of governance tokens.

If you are reading this article, it likely means you already hold BTC, which suggests you are already ahead of the game and just a few steps away from entering the rapidly evolving DeFi space. Running on the Ethereum blockchain, which is transitioning into superior Ethereum 2.0, the only thing you need is a bridge between the Bitcoin and the Ethereum blockchain.

How to Start Leveraging DeFi Platforms

As you might have guessed, the foremost requirement to tap into DeFi gains is to have a crypto wallet. In case you don’t have one, go download MetaMask extension for your browser. It supports Chrome, Brave, Firefox, and Edge, so all major internet browsers.

After you have installed MetaMask extension to your browser, click on “get started” and opt to Create a Wallet.

After you have created your password, you will then be prompted to create a secret backup phrase consisting of 12 words. Consider this as important as your key to your safe deposit box. With that out of the way, you are ready to enter the DeFi space with this greeting screen.

You should already know by now that owning cryptocurrency assets means owning your private key. You can find it if you click on the three vertical dots in the upper left corner to access your account details.

Then, click on “Export Private Key” to view it, which is used to authorize all transactions.

It goes without saying that you should take great care to safely store your password, 12-word recovery phrase and your private keys.

After completing the identity verification (KYC) with the crypto exchange of your choice, you are ready to buy tokens. In the DeFi space, you can invest with WBTC, stablecoins such as USDT or USDC, and a number of other tokens serving as a bridge currency from Bitcoin blockchain to the Ethereum blockchain.

However, there is no reason why you shouldn’t make DeFi investments with Ethereum’s native token—ETH.

With ETH in your MetaMask wallet, it is time to select a DeFi platform/protocol. You can see their rankings and categories on DefiPulse. Let’s select – Uniswap – a decentralized token exchange.

Here, you can see the number of tokens you want to sell, which one, and the token you want to exchange it for. With MetaMask extension already installed, it is now a matter of few confirmation clicks to connect Uniswap to MetaMask.

This enables you to seamlessly transfer tokens between the two.

With the funds ready to be employed, you are all set to earn interest by depositing cryptocurrency/tokens into Uniswap’s liquidity pool, which is right next to the Swap category. Therefore, click on Pool and then on Add Liquidity.

Just like with swapping, you will be able to select the number of tokens, type, and the token pair. In this case, it will be ETH-DAI (USD stablecoin).

After approving the transaction, you will also be asked to confirm it in MetaMask. With the liquidity pool in effect after a while, when other traders use your pool, you will start to earn interest. As you explore further and step over to other protocols, MetaMask will automatically connect with each one.

GameStop Revolt as the Beginning of a New Era

As you can see from this brief guide to start using DeFi platforms, it is as easy as using your crypto exchange app. There are vastly more options available, but everything is neatly arranged in front of you. With people of all political persuasions turning against system-rigging, this is the moment cryptocurrency—and the DeFi space in particular—has been waiting for.

There may be calls for legal sanctions, and there may be convictions, but does anyone seriously think there is a way out of the centralized leveraging of entrenched power? Is the system coalescing into a freer version of itself, or is the core feature of the next version update a coordinated suppression?

If you think the latter is the most likely scenario, there is no better time than now to learn about the advantages of decentralized systems.

All centralized trading apps are in some way reliant on Wall Street heavyweights. Do you think they will implement measures to prevent GameStop-like trading to happen again? Let us know in the comments below.