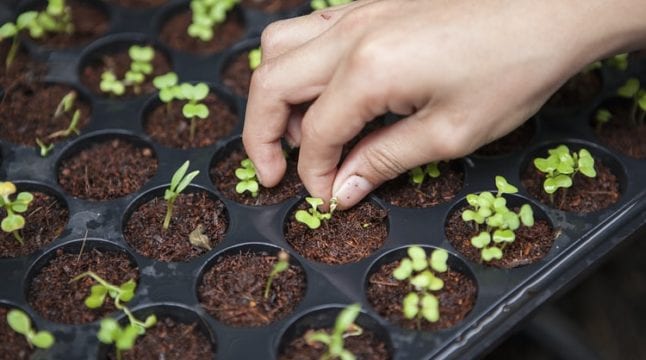 DeFi and yield farming are the new blockchain hype. But are they legit?

By growing from $1 billion in February to boasting $4 billion worth of loans by the end of August 2020, DeFi yield farming is catching headlines. The situation is mildly resemblant of the cryptocurrency hype seen a few years ago. Investors and users alike are now questioning whether to enter the space at full force — or adopt a more cautious approach (and for good reason).

Blockchain: The Backbone That Keeps Giving

Even before Bitcoin (BTC) took the public spotlight, implications of blockchain technology were thrilling any software engineer and entrepreneur worth their salt. An average person may associate cryptocurrencies and blockchain as interweaving and even synonymous concepts, so let us first clear the air.

Cryptocurrencies are simply the first, most popular application of blockchain technology. Blockchain holds a meaning in its two-word moniker – block and chain – meaning a record of information is divided into blocks connected by cryptographic chains. From that, you can immediately infer that the core feature of blockchain, and its greatest strength, is its decentralized distribution.

Across nodes (computers in a network), no single entity can control the record of the information contained within a blockchain. Every time new data is introduced to the blockchain (mining in the case of most cryptocurrencies), the entire record must be validated across the peer-to-peer (P2P) network.

While the method of validation can differ, the most popular is a proof-of-work consensus algorithm, which requires over 50% of all nodes to validate the accuracy of a transaction before it is approved. This makes blockchain technology exceedingly transparent, decentralized, and resilient to manipulation/hacking.

As such, cryptocurrency is the most obvious product of blockchain. After all, what is a currency if not non-fungible information that allows people to exchange goods and services?

Putting volatility aside, which is remedied by stablecoins, blockchain is the perfect vehicle for money not issued by governments. In fact, it is hard to imagine any other kind of alternative, non-governmental form of digital currency that holds such a level of inherent security and transparency.

dApps for the Financial Sector

Many believe these dApps have the potential to restructure the entire financial system given the following key features:

If you consider how our society is set up, a large chunk of its infrastructure is based on mediation – enforcement and verification. Governmental agencies, financial institutions, corporate departments, and more — all spend considerable time and energy to mediate between parties while taking a cut for themselves (no one does anything for free). In fact, entire industries are based on the business model of taking a cut in order to facilitate and enforce contracts.

On the other hand, DeFi apps can employ their cost-effectiveness, speed, security, and transparency to facilitate:

All without any intervening parties.

Once you link your crypto-wallet to a DeFi app like Compound, you are all set to earn interest by lending out your crypto assets. Once you do that, you become a yield farmer. As your funds go to the DeFi app of your choice, it will use the funds to make trades or loans to other clients.

Although not guaranteed, the level of interest rates you could farm is much higher than in the traditional financial ecosystem. For example, if your money is not in a limited, tax-advantaged savings account, the average interest rate is 0.06%. Various bonds will net you 5-6%, while the stock market yields are around 10% when it comes to a long-term average.

For people already holding crypto-assets, this prospect is a no-brainer. Why simply wait for your Bitcoin to reach the 2017 level of value when you could make it work for you?

Moreover, there are now routes to passive income beyond dividend stocks: DeFi yield farming has arrived on the scene, and is completely automated. There’s no need for daily market trades and portfolio management. And, unlike mining, you don’t have to run a GPU farm resulting in enormous electricity bills.

As a byproduct of DeFi apps, such as Compound, Kyber Network, Uniswap, MakerDAO, and OpenSea, new tokens are being generated. In an effort to increase the adoption of DeFi apps’ networks, some have begun issuing their own governance tokens, which started a new process called liquidity mining.

It is safe to say that the bursting popularity of DeFi can be traced to Compound issuing its own token COMP and the liquidity mining program. The purpose of this is to grow and build a loyal user base and establish viable, long-term liquidity. However, as you can see from this graph, speculation is dominating the market.

It is hard to frame anything as unserious in the world of blockchain and cryptocurrencies, but meme tokens are also entering the scene. Some have started as complete jokes, such as MEME token from the Meme DAO project.

Jordan Lyall, DeFi developer at ConsenSys, accidentally spurred the creation of a MEME token with its highest value at $23,400 and a total supply of 28,000. It is now worth less than 1$. This brings us to a more serious issue of the DeFi sector – immaturity.

Bright DeFi Future Despite the Drawbacks

Like every emerging endeavor, DeFi apps come with a number of shortcomings:

With that said, these issues are predictable and solvable. Vitalik Buterin, Ethereum co-founder, has already proposed a solution in the form of curated dispute resolution protocols, as a balancing act between total deregulation and a regulatory bottleneck.

Moreover, two other projects are in full swing, in order to stabilize DeFi and bring credibility:

As always when we are dealing with an immature market, there is room for great gains and great losses. Despite all naysayers, Bitcoin has reached wide adoption and familiarity, while fraud and hacking have lessened in time, as people became accustomed to the new, digital way of things. In its footsteps, DeFi apps are sure to follow, at an even greater pace.

What do you think the world of DeFi will look like in two years? Let us know in the comments section below.