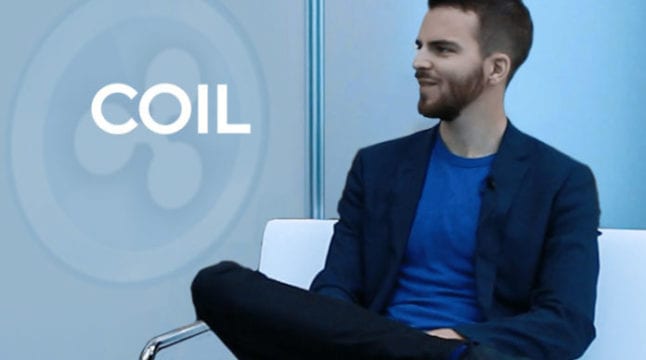 Why the Internet is Broken, and How FinTech Can Fix It

Fintech Beat host, Chris Brummer, recently delved into the nuts and bolts of the internet with Stefan Thomas, the CEO of Coil. It turns out, the HTTP protocol left a lot to be desired. Is it too late to fix it?

Not many people realize that the internet has core problems to deal with. On the surface, everything seems to be working fine; cheap flat-rate traffic, fast speed, sleek websites, clever apps that can facilitate stock trades, more financial options, integration between various systems — the list goes on and on.

However, those familiar with the internet’s history know about the key features that were never implemented. One of them is a standardized payment system that would attach packets of money to packets of data. Very close to the most common HTTP error 404, the error 402 is a ghost of things that never came to be:

The HTTP 402 Payment Required is a nonstandard client error status response code that is reserved for future use. Sometimes, this code indicates that the request can not be processed until the client makes a payment.

The absence of this feature is the main culprit for the way the internet developed into its current state:

This was inevitable if we consider that the network effect aggregates people to major platforms. The consumers of these platforms are then sold to the highest bidder.

You must have noticed this yourself – you are far likely to subscribe to content on a major platform that has a vast range of choices than to patronize a single creator on a small platform.

Inevitably, one thing leads to another. All the workarounds for the never-implemented standardized payment, such as ads and subscriptions, drive centralization because you will always make more money with a big subscription platform that appeals to a large crowd. The same goes for ads.

Due to the inherent mechanism of how ads and subscription models work – always best at scale – they drive centralization. Therefore, these workarounds reward centralization in which big platforms amass inordinate technological, competitive, cultural, and political power. It is no secret they strive to shape our thoughts by controlling the space of allowable discourse.

Taking advantage of his involvement with the cryptocurrency Ripple, Stefan Thomas, CEO of Coil, developed the idea of an Interledger in 2018 as a means of countering the nature of the internet as it is now – centralized around a few companies that set the tone for all others. In his interview with Chris of FinTech Beat, Stefan aptly describes the challenge any new technology faces for successful deployment – integration with the existing infrastructure.

Just as the internet was first integrated on top of copper phone lines via a modem, so too must a new payment system integrate with the legacy payment system, like a credit or debit card. Then, the Interledger payment protocol aims to provide an access point in which content creators are rewarded by microtransactions, eventually leaving the big platforms out of the game.

Stefan also wisely notes that it was foolhardy to think that crypto and blockchain would replace everything like a wave of inevitable innovation. This is not how the internet works. As systems are added to it, the internet doesn’t replace other systems already present. Instead, the internet unifies things.

This important realization goes a long way in implementing Interledger as a payment protocol that should be agnostic about the money ecosystem – banks or cryptocurrencies. Therefore, to better counter the absence of non-standardized internet payments, Interledger payment protocol doesn’t exceed the neutrality boundary but merely specifies addressing and routing, leaving the specifics to each local financial environment.

For the past few years, FinTech was all about making things integrated and convenient to avoid system segregation and to increase adoption rates. A stark contrast of spirit that initially drove the cryptocurrency surge like a tsunami of financial change. Did you also hold that view? We’d like to know what you think in the comments section below.