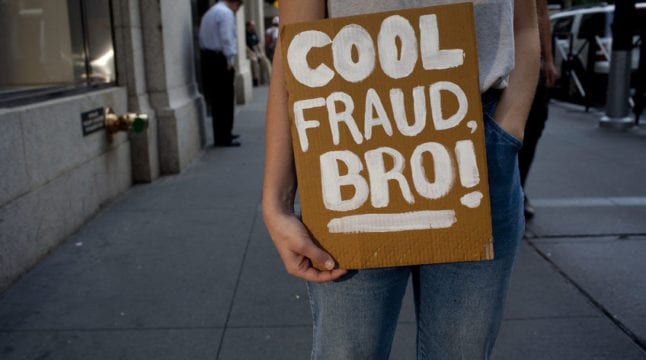 The Hypocrisy with GME: What’s Really Happening Behind the Scenes

It stands to reason that the upturning of society during 2020 has left serious scarring across the social landscape.

GameStop counter short-selling seems to have coalesced into a wider social phenomenon, tapping into the wide and deep pool of income inequality. As other stocks become the target of short squeezes, institutional response rises.

The initial GameStop meme trading has fully morphed into Occupy Wallstreet 2.0, but this time in a much more flexible, virtual space of stock trading. In no uncertain terms, the unfolding situation reveals a simmering animosity towards the ultra-rich elites, fueled by record-breaking inequality and rapid rise in poverty. Here is a short recap of events that forced the pioneering hand of Robinhood to go from “democratize finance for all” to “restricting transactions for certain securities“.

In short, by pumping the GME price – a heavily shorted stock – retail traders forced the hedge funds to form a price bubble, leaving them with two options:

With gaming and day-trading subcultures joining in the memetic stock-trading fun, GameStop’s short-selling has become a worldwide sensation, snowballing further into other stocks, such as BlackBerry (BB) and AMC Entertainment (AMC). Going global, Australian and Indian traders have also joined in.

As a result, we are entering the institutional response phase of the game.

Since Trump’s presidency, people have become familiarized with coordinated, sweeping bans from big corps, culminating in the sitting POTUS getting banned from all major social media platforms, alongside his bank accounts. Tried and tested over the years, de-platforming has become the go-to unified response whenever a threat has been detected.

Predictably, we are seeing such a unified response in reaction to retail traders beating hedge funds at their own game. However, we are just entering the initial stage of the institutional response, but here are some of the responses thus far:

Likewise, Robinhood, the leading trading platform that continues to state their primary goal as “democratize finance for all”, has restricted transactions to position closing only, including $AAL, $AMC, $BB, $BBY, $CTRM, $EXPR, $GME, $KOSS, $NAKD, $NOK, $SNDL, $TR, and $TRVG.

More worryingly, it appears that Robinhood has some questions to answer. If you recall how Robinhood makes most of its money, due to having zero commission fees, it’s by selling order flows.

“Robinhood makes most of its profits by having larger financial firms like Citadel Securities and Virtu Financial execute its actual trades, selling them user data as part of a practice called “selling order flow.”

If Citadel Securities rings a bell, we covered it previously. It is the same hedge fund, led by Ken Griffin, that stepped in to save Melvin Capital with an injection of $2.75 billion, alongside Point72. Meaning that Citadel is in the game of holding short positions on the GME stock, the same stock that Robinhood just restricted from normal trading.

It is difficult to not notice an application of double standards here. It appears that institutional players are able to pull many leverages of power in order to turn off the game when they are on the losing end of it. In her statement, former presidential candidate, Sen. Elizabeth Warren, has noticed this trend:

“For years, the same hedge funds, private equity firms, and wealthy investors dismayed by the GameStop trades have treated the stock market like their own personal casino while everyone else pays the price,”

In a more recent example of this double standard at play, Speaker of the House, Nancy Pelosi had bought 25 Tesla call options on December 22nd, with a strike price of March 18th, 2022. The transaction ranges between $500,001 and $1,000,000. Not a month later, President Biden announced his administration will replace the US government fleet of 650,000 vehicles with EVs.

This is reminiscent of previous instances of leveraging access to political power. With the anti-establishment populist sentiment consistently rising to the top of most-liked social media posts, it seems that de-platforming has reached its limits.

“The mass elation caused by GamestopGate should seriously concern the elites. Basically everyone under 40 is now oriented toward enjoying any victory over the elites more than any circus the elites can put in front of them.”

In the immediate aftermath of the GameStop revolt, it appears that Robinhood is facing a class-action lawsuit. By going against the popular sentiment, therefore eroding its main appeal and credibility as a democratizing trading app, we should expect to see a re-ranking of trading platforms in the future. Massive de-ranking of Robinhood has already begun.

“Robinhood was never what it pretended to be. It built its business on selling Wall Street Bets order flow to the hedge fund Citadel. In the moment of truth, we learned which customer it cares about the most.”

Are you worried that Robinhood has ruined its credibility by taking the side in the ongoing trading war? Are you considering another trading app? If so, which one? Let us know in the comments below.