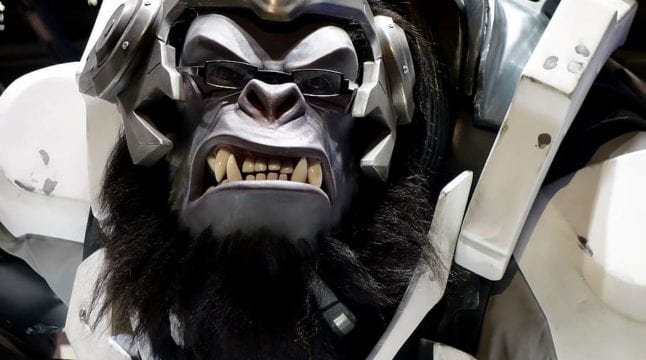 Just when you would think GameStop’s trading war is about to simmer down, it intensifies. Although its ultimate end is quite predictable, the fact it happened at all reveals important insights. Among them is the age-old class struggle and the might of the many against the few.

The GameStop’s tug of war between big hedge fund investors and small retail traders mobilized by Reddit continues. Since the last coverage of the GameStop saga, short-sellers betting against the video gaming retail chain have lost $3.3 billion. This loss has increased since to roughly $5 billion, with $867 million losses accruing on Tuesday’s market closure.

Eventually, Wall Street heavyweights, Melvin Capital and Citron Capital, abandoned their short positions on GME stock to recoup their losses. Founded by Gabriel Plotkin in 2014, Melvin Capital was reported managing $12.5 billion assets as of January 2021. This means that its losses were proportionally massive.

Consequently, Citadel (Ken Griffin) and Point72 (Steve Cohen) had to step in and inject the hedge fund with about $2.75 billion. Michael Burry, known for his successful bet against mortgage securities prior to the 2008 Financial Crisis, had this to say about the unfolding drama.

“If I put $GME on your radar, and you did well, I’m genuinely happy for you. However, what is going on now – there should be legal and regulatory repercussions. This is unnatural, insane, and dangerous.”

Burry was referring to his initial bullish stance on GME in 2019. Of course, just like Andrew Left turned off comments on his YouTube video, Burry shortly deleted the tweet yesterday, lest he faces the wrath of the Reddit army. No doubt, Elon Musk’s one-liner “Gamestonk!!” less than a day ago didn’t help cool things down, but likely heaped on more retail traders, turning the whole thing into snowballing memetic trading.

One would find it difficult to believe that millions of retail traders from Reddit’s WallStreetBets, and other social media platforms, would not be familiar with stock market fundamental analysis. To no one’s surprise, it would have portrayed GameStop’s woes accurately along with its poor prospects.

If we venture deeper, the more likely explanation is that hostile attitudes toward Wall Street titans never went away. In other words, it means that the spirit of Occupy Wall Street is alive and well, even with the movement gone. Now more than ever, as we account for the toll of devastation left behind by radical covid lockdowns:

Alongside the decimation of small businesses, record-high food bank lines, skyrocketing homelessness, and high unemployment, we are witnessing the largest upward transfer of wealth since the invention of money. Interestingly, even Michael Burry of Big Short fame, understood this trajectory early on. He tweeted these three, among other, now-deleted tweets, in April of 2020:

“Americans must not abide. Government restrictions are doing orders of magnitude more damage to the lives of Americans than COVID could ever have done on its own.”

“COVID like all coronaviruses will not easily engender durable herd immunity, and vaccines will prove elusive. We must learn to live with it – which means universal treatment with available drugs and no hysteria, i.e. NO LOCKDOWN!”

“Roughly 2.8 million people die in the US each year. The worst estimates for COVID would add less than 10% to that total. Consider this as the media implies Americans are dying at multiples of normal rates. Compassion is not incompatible with facts.”

One has to wonder what he thinks on why this economic carnage has been done so rapidly and aggressively. After all, now we know that the Covid fatality rate is less than half a percent. Nonetheless, as the equality chasm deepens, it is good to remind ourselves that Bitcoin emerged just after the 2008 Financial Crisis, which also birthed the Occupy Wall Street movement.

What Does the GameStop Saga Mean for Bitcoin?

As noted previously with the Portnoy Top effect, the elimination of trading fees has drastically expanded the pool of people accessing the stock market. No longer does stock trading remain the privilege of financial insiders.

Moreover, GameStop’s spiteful trading against Wall Street hedge funds exemplifies the fact that many people are willing to use stock trading not as a financial tool, but as a cultural cudgel. Likewise, the social mobilization of retail traders across platforms to fend off GameStop short-sellers shows the power of decentralization.

As the preeminent embodiment of financial decentralization, Bitcoin should put to rest the fears of naysayers that it’s a “rat poison squared”, as Warren Buffett sees it. Moreover, the great Bitcoin bullrun was made possible largely by institutional investors who understand this, including the SkyBridge hedge fund manager Anthony Scaramucci:

“The activity in GameStop is more proof of concept that Bitcoin is going to work… How are you going to beat that decentralized crowd? That to me is more affirmation about decentralized finance.”

However, people like Scaramucci, who represent institutional investors – whales – will have a considerable impact on BTC’s price in the future. We can only hope it will be for the better.

Have you participated in GameStop’s memetic trading? If so, did you join in later or early on from Reddit? Let us know in the comments below.