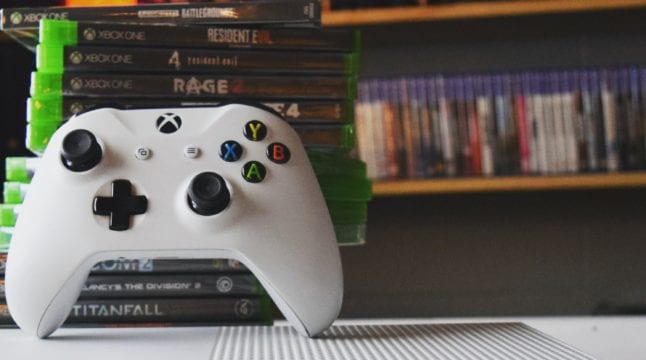 GameStop’s social media mobilization may have just put to shame the perils of cryptocurrency trading.

Retail day-traders managed to successfully upturn the fall of GameStop’s shares, incurring great losses in the aftermath. Unfortunately for them, GameStop’s fundamentals remain the same, now more than ever in the post-corona world.

What is Happening to GameStop’s Stock?

A lesson in the irrational market has just occurred. GameStop, the beloved 37-year-old (launched as Babbage’s) video game retail chain with over 5,500 stores, had been the maelstrom of a trading tug-of-war over the last week. Short-sellers pitted themselves against the loyal GameStop retail (individual) traders. According to S3 Partners analytics data, this tug of war skirmish didn’t end well for the former:

You may ask, why would so many traders try to continue to short-sell GameStop after significant losses had already occurred during last year? In a rational market, when one conducts both the technical and fundamental analysis, it doesn’t take long to figure out that GameStop’s future is not long for this world, joining the likes of Blockbuster Video.

Can Brick and Mortar Stores Survive the Digital Transformation?

In fact, the similarities between GameStop and Blockbuster Video are almost identical, their fate sealed due to technological trends:

Without even going into GameStop’s technical analysis, we can already see the writing on the wall at a glance. After all, why would movie rentals and stores go the way of the Dodo, supplanted by streaming platforms, but a brick-and-mortar video games store chain like GameStop would not?

This is the reasoning that guided short-sellers to eventually lose $3.3 billion by betting against GameStop. We have seen the contours of this irrational market before – the Portnoy Top Effect. As more people gain access to the stock market, thanks to the pioneering elimination of trading fees by Robinhood, there are more irrational factors to account for.

With GameStop, this counter-trading seems to have happened out of appreciation for the GameStop in-person shopping experience, in addition to owning physical copies. After all, 66% of console gamers prefer physical to digital copies of their favorite games. Nonetheless, the distance between such preference and a feasible brick-and-mortar business is a long way off.

Can GameStop Enthusiasts Prevent a Crash?

After Reddit traders mobilized, mainly spreading from the ‘WallStreetBets’ subreddit, they have driven GameStop’s bullish momentum to a 500% year-to-date price increase.

Despite the losses, the demand for short-selling is still high. In fact, according to S3 Analytics, brokerages were unable to meet the demand for short-selling GME. The consensus among Wall Street investors puts GME at a price target range of $12 – $20, suggesting a likelihood of an 80% stock crash in the near future. However, due to high stakes, some Wall Street analysts have decided to refrain from commenting on the unfolding drama.

For example, after Andrew Left of Citron Research uploaded a video forecasting GME’s stock crash, he received a wave of derision and mockery. The like-to-dislike ratio speaks for itself.

He eventually turned off the comments. Moving forward, GME’s underlying poor fundamentals are not going to change. However, the impressive rally despite these fundamentals should make short-sellers think twice before going against GameStop bulls.

In turn, this should diminish the strength of GameStop bears. More importantly, the unfolding GME stock trading drama is a clear-case of accounting for the irrational market. You enter it at your own peril.

There are legitimate pros and cons when it comes to digital vs. physical game copies. Do you find the physical packages and accessories more compelling than digital copy convenience?