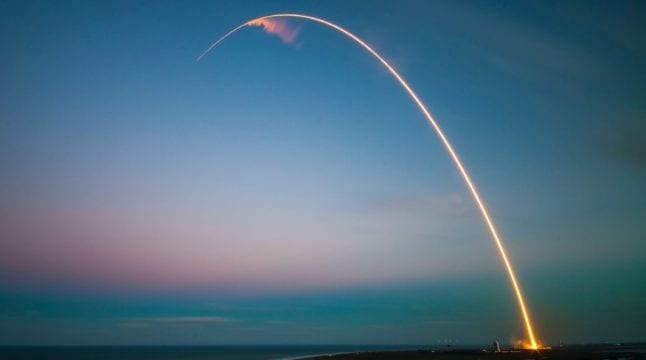 Tripling in value this year, Bitcoin's bull run seems strong with many records passed in 2020. How long can it last?

Bitcoin continues to inverse-mirror reality. As the economy worsens and destabilization increases, Bitcoin’s price keeps increasing. This says much about society when an asset without any central controllers gains so much trust in such a short time.

A Year of Records for Bitcoin

If you were told a year ago that Bitcoin would surpass the market cap of Visa and MasterCard, only the most ardent crypto enthusiasts would fail to mock such a forecast. Yet, it happened just as we are leaving 2020. In the last couple of days, Bitcoin not only broke the $27k price resistance but $28k as well, reaching an all-time high of $28,537.06.

This means that Bitcoin reached a $524 billion market cap on Sunday morning, overtaking the global financial juggernaut – Visa – by ~$23 billion. Moreover, the record market cap placed Bitcoin alongside Chinese e-commerce giants, such as Tencent ($509.7 billion) and Alibaba ($545.4 billion). Since then, Bitcoin is oscillating between the upper range of $26k and 28K.

To be sure, it became apparent in November via Google Trends anomaly that Bitcoin’s post-halvening bull run will be intense. As you can see from Bitcoin stock to flow model live chart, it even slightly surpassed the T-line (Trend Line), meaning it was much more bullish than anyone predicted.

Stock/flow model charts are an excellent tool for predicting the price of assets based on their rarity and mining rate. This is the case with Bitcoin as a deflationary cryptocurrency, but it applies to gold as well. The Stock/Flow model can mean two things:

For the time being, all indicators point to Bitcoin’s continued bull run. According to the S/F chart, we may be just entering its beginning stage. Anthony Scaramucci, Trump’s former communication director and Goldman Sachs equities expert, seems to think so as well:

“Bitcoin is in its early innings”

This makes hodling a sounder strategy over leveraging, i.e., short squeezing. Because Bitcoin is both in demand and rare, its price looks to be heading toward $100k amid economic uncertainty, or is it?

Even though Bitcoin increased over 275% year-to-date, the same underlying factor driving it upward may cripple it in the end. That factor is the Federal Reserve. At the same time as it engaged in unprecedented money-printing, the Fed is also keeping the economy afloat, critically damaged as it is from intermittent lockdowns.

It may be easy for math wizards at the Fed to accomplish the monumental task of staving off market crash while not triggering hyperinflation. However, this endeavor causes unease across the board. People instinctually know there is no such thing as free money, so they flock to Bitcoin to weather the likely fallout.

Ultimately, that fallout may bring the Establishment to regulate Bitcoin out of the market while instituting CBDCs. It is easy to say that Bitcoin cannot be banned just as the internet itself can’t be. Nonetheless, if BTC’s exit/on-ramp to sovereign currency is reduced, it may be rendered much less attractive.

Do you think Bitcoin can withstand regulation? Can the public and institutional investors exert such a positive influence in the future? Let us know in the comments below.