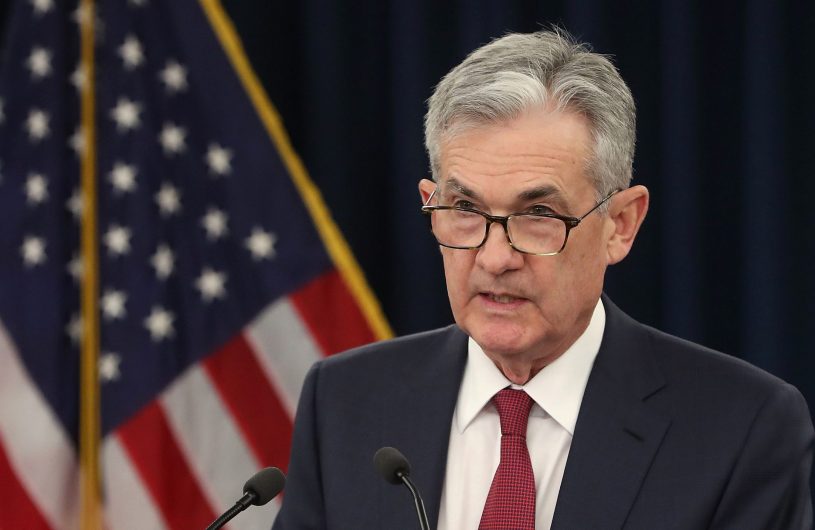 US Federal Reserve: ‘Every Major Central Bank is Taking a Deep Look at CBDCs’

Last week, US Federal Reserve Governor Lael Bainard revealed how the Fed is “advancing its understanding” of CBDCs. She says a primary role of a CBDC is to maintain a sovereign currency’s position at the center of its nation’s financial system.

Yesterday, US Representative Bill Foster (D-Illinois) asked Jerome Powell — Chairman of the Board of Governors of the Federal Reserve — a number of questions related to CBDCs. To start, Rep. Foster asked the Chairman if he agreed with Bainard’s characterization of a CBDC — and if a US CBDC will help ensure the US Dollar stays atop the world’s financial system.

Chairman Powell responded by emphasizing the importance of a single currency leading a nation’s financial system. He said,

“I think having a single government currency at the heart of the financial system is something that has served us well. It’s a very, very basic thing that really hasn’t been in question. And I think before we move away from that, we should really understand what we’re doing. So I think preserving the centrality of a central, widely accepted currency that is accepted and trusted is an enormously important thing.”

As to whether a CBDC would strengthen the role of the US Dollar, Powell suggests the Fed has yet to find a clear answer. There remain a number of unknown factors. Powell said,

“I think whether a digital currency moves us along that path is an open question. As you know, every major central bank is currently taking a deep look at that, that we feel that is now our obligation. Technology has now made this possible. The private sector is innovating, they’re doing it. So I think it’s very much incumbent on us and other central banks to understand the costs and benefits and tradeoffs associated with a possible digital currency.”

Chairman Powell was also asked to compare the progress of the US in investigating a CBDC with that of other nations. References included Sweden and its E-krona, China and its DCEP, and even Facebook’s Libra.

Powell said the US features a different use of cash when compared to most northern European countries. In Sweden for example, the country has moved away from cash. In the US, Powell says cash is still widely used, despite the popular belief of younger generations trending toward cashless transactions.

As pointed out by Rep. Foster, Chairman Powell also recognized the competitive threat that could quickly develop. China through its pay by cell phone system and Libra through its backing of social media giant Facebook both have the potential to scale immediately upon launch.

As for now however, Powell says the Fed has yet to decide on implementing its own CBDC. According to Powell,

“We haven’t decided to do this though. I think there are many questions that need to be answered around a digital currency for the United States including cyber issues, privacy issues. Many, many operational alternatives present themselves. And so we’re going to be working through all of that and doing that work thoroughly and responsibly.”

When asked about China’s digital currency project, and whether Powell felt as though he had sufficient visibility and understanding of its development, Powell responded affirmatively. Still however, he emphasized a “different institutional context” between the US and China:

“…the idea of having a ledger where you know everybody’s payments — that’s not something that would be particularly attractive in the United States’ context. But it’s not a problem with China.”

CBDCs have become a topic of interest for central banks across the globe. The European Central Bank has created a task force to explore the feasibility of a Euro CBDC. The Bank of England, Bank of Canada, Bank of Japan, Swiss National Bank, European Central Bank, and Sveriges Riksbank (Sweden) have all not only announced that they are investing CBDCs, but also agreed to share their findings amongst each other.

What do you think about Chairman Powell’s comments on the Federal Reserve and a CBDC? Do you think the Fed will eventually issue a CBDC? Tell us what you think in the comments section below.