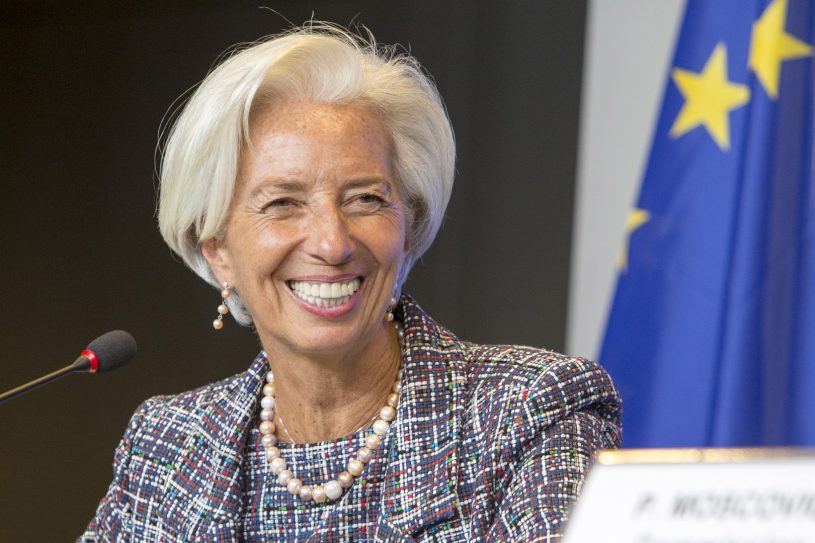 On January 8th, 2020, European Central Bank (ECB) president Christine Lagarde said the ECB has assembled a task force and is actively analyzing the feasibility and potential outcome of establishing a Central Bank Digital Currency (CBDC). When looking ahead, Lagarde says the ECB wants to play an “active role” in facilitating cheap and speedy payment transactions and will continue to assess the cost and benefits of issuing a CBDC.

Christine Lagarde is a former IMF managing director and current president of the ECB. In a recent interview, Lagarde shared details concerning the potential of the ECB implementing a CBDC — a popular topic for central banks as of late.

Lagarde says a special task force was recently established with the goal of assessing both the ‘feasibility’ and ‘unintended side-effects’ of a CBDC. In an interview with Challenges Magazine, she said,

“At the end of 2019 we created an expert task force at the ECB that will work closely with the national central banks to study the feasibility of a euro area CBDC in various forms, covering all the practical aspects, including how to minimise possible unintended side-effects.”

Traditional banks are frequently critiqued for their ‘outdated’ processes in terms of settlement and payments. Some transactions can take days to complete. With Distributed Ledger Technology (DLT) however, transaction speed increases drastically.

Many companies are developing services to offer quick transactions with lower fees. Lagarde says the ECB “wants to play an active role” here:

“Innovation in the area of payments is racing ahead in response to the urgent demand for quicker and cheaper payments, especially cross-border ones. The Eurosystem in general and the ECB in particular want to play an active role in this field, rather than just acting as observers of a changing world.”

The ECB has already been active in the area of quicker payments and settlement, prior to Lagarde serving as president. Back in 2018 the Eurosystem launched its Target Instant Payment Settlement, or TIPS. The infrastructure claims to provide instant payments with direct settlement throughout all European countries. It allows banks to process transactions between themselves in just seconds, with 24/7/365 access.

On the future of the ECB and a CBDC, Lagarde’s words certainly seem to project a legitimate possibility. She says,

“In terms of the road ahead, the ECB will continue to assess the costs and benefits of issuing a central bank digital currency (CBDC) that would ensure that the general public remains able to use central bank money even if the use of physical cash eventually declines.”

The EU is not the sole political organization exploring a CBDC. China has been developing its own CBDC — called Digital Currency Electronic Payment (DCEP) — which it started researching as far back as 2014.

DCEP will be pegged 1:1 to China’s national currency, the RenMinBi (RMB). The digital currency has yet to launch, but is rumored to do so in the near future.

While China has maintained a firm stance against the use of cryptocurrencies, the Chinese government has been actively implementing the technology on numerous fronts. In addition to DCEP, the Bank of China issued nearly $3 billion worth of bonds via blockchain. The bonds will reportedly be used for small business loans.

Once DCEP is rolled out, China also plans to develop a framework for Security Token Offerings (STOs). The framework will initially enable the use of security tokens under a strict regulatory sandbox, per an official.

China isn’t the only country utilizing the tech. The Bahamas launched the first phase of its CBDC pilot earlier this month. The Banque de France is reportedly planning to experiment with a CBDC  sometime in 2020. The central banks of Saudi Arabia and the United Arab Emirates have jointly launched a digital currency — “Aber” — for interbank money transfer.

Image courtesy of the European Parliament.