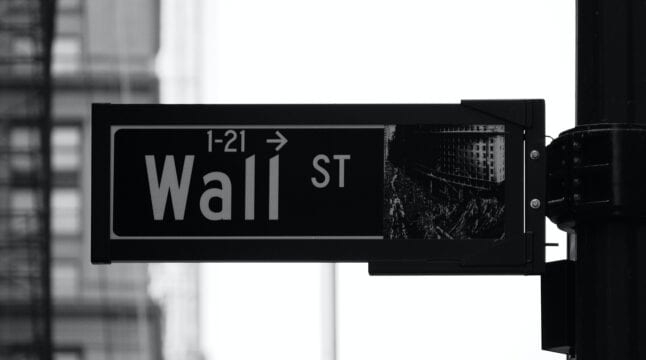 The SEC are, once again, acting cautiously on crypto matters

The desire for a Bitcoin ETF (exchange-traded fund) has been around for some time now. Traders have been eagerly awaiting an ETF to get approved for years, and while there have been plenty of applications for one, they have all been shunned by the SEC.

The latest ETF to gain notoriety, spearheaded by the investment firm VanEck, may face the same fate, as the SEC has delayed making a ruling on it for the second time now. This has left people questioning why exactly the SEC is so apprehensive to approve a Bitcoin ETF.

What Caused the Recent Delay in VanEck’s Bitcoin ETF?

The SEC offered some reasoning as to why they delayed the VanEck ETF. Primarily, they expressed worries about price manipulation, fraud, and transparency within the Bitcoin trading world. In the SEC’s announcement, the SEC questioned “the ability for market participants to buy or sell large amounts of bitcoin without significant market impact”. The SEC has also invited people to share their thoughts on the matter, to help them come to a decision:

“The Commission requests that interested persons provide written submissions of their views, data, and arguments with respect to the issues identified… as well as any other concerns they may have with the proposal”.

One could view this as a positive sign, as it shows that the SEC is at least open to hearing from people in the crypto community, although it is no guarantee that it will help with getting this ETF approved. That being said, considering how the current SEC chairman, Gary Gensler has previous experience with crypto and blockchain technology, this could spell good news for the upcoming ETF as Gensler has a greater respect for the industry than past chairpeople.

When we look at the details of a Bitcoin ETF, it’s worth it to consider how long ETF approvals commonly take. In 2019, it took a median of 221 days for an ETF to get approved (with the maximum time being 240 days). This might seem long but bear in mind that ETFs can cover somewhat complex and abstract ideas. For instance, ETFs exist that are focused on the aging process, Millennial spending habits, and obesity. This means the SEC has to pay close attention to every ETF that is presented to them, as they can oftentimes get unusual.

Additionally, as crypto is by far the newest mainstream asset class the world has seen in decades, it makes sense that the SEC would be wary of approving it. And once one Bitcoin ETF is approved, it will likely open the floodgates for more.

In the last few years, the SEC has disapproved of a large quantity of Bitcoin ETFs, dating as far back as 2013 when the Winklevoss Twins filed for one. The common theme appears to be that that they are nervous about how the market moves. Their fears of price manipulation are likely the biggest thing holding them back– and they may be right to be apprehensive, as manipulation is still ongoing in the industry.

Essentially, the SEC wants to be more knowledgeable about the crypto industry, as they are wary about bringing such new and unique technology into the ETF fold. Crypto might not feel particularly new anymore, but it is an asset class that runs very differently from others such as stocks and commodities. They may be concerned that once they approve of a Bitcoin ETF, the onus will be squarely on them to manage manipulation more stringently than they already attempt to.

However, an alternative may be coming to the markets at some point which would undercut the need for a Bitcoin ETF. With the recent news that El Salvador has accepted Bitcoin as legal tender, there is a possibility that Bitcoin can now be treated as a foreign exchange currency. If this happens, then we could soon see Bitcoin traded on regulated Forex exchanges.

One of the biggest drivers for a Bitcoin ETF is to bring Bitcoin under the wing of traditional finance, but this would also be achieved by Bitcoin being trading in the same way foreign exchange is. Additionally, this could open the possibility of including Bitcoin within pre-established currency ETFs, which could sidestep a lot of the hurdles that the SEC has set up.

VanEck’s ETF application could take a total of 240 days altogether before we find out whether the SEC approves it or not. A lot could change within that time, as the crypto industry moves fast.

History is not in VanEck’s favor, as the SEC has never approved a Bitcoin ETF before. But considering the new Chairman has knowledge of crypto, and the fact that Bitcoin has now been elevated to legal tender status, the chances of an approval are higher than ever.

Do you think we will see an approved Bitcoin ETF in 2021? Let us know in the comments!