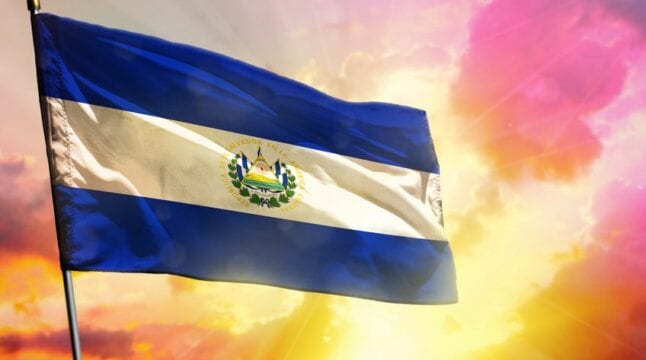 El Salvador could be inches away from changing how Bitcoin is viewed on the world stage.

Nayib Bukele, President of El Salvador, has announced legislation that, if passed, would give Bitcoin “legal tender” status within the country. If this legislation got approved, then it would have huge implications for the way Bitcoin is treated on a global scale, as legal tender is handled very differently from other assets.

The Legal Status of Bitcoin

While Bitcoin has seen plenty of adoption this year, such as with Goldman Sachs offering BTC options to their high-net clients, and the US Fed Chair calling Bitcoin “a substitute for gold”, nothing compares to the prospect of a whole country treating it as legal tender. If El Salvador approves this, it will change the way crypto is used, it will change the nature of the crypto industry.

This is because of how legal tender works on the world stage. Legal tender usually means the official currency of a certain country. Many countries make (or mint) their own legal tender, such as the UK with GBP, and the US with USD, although some countries adopt the currency of another country and treat that as their legal tender instead, such as Ecuador.

As, Governor appointee to Wyoming Blockchain Select Committee and Founder of Avanti, Caitlin Long has explained, if Bitcoin becomes El Salvador’s official currency, then it will very likely get treated as money by banks and other governments, rather than just another asset class. It could be viewed similarly to how foreign exchange (forex) is viewed in the US.

This would further make it compatible with the International Financial Reporting Standards (IFRS) and Generally Accepted Accounting Principles (GAAP), two of the biggest financial conventions in accounting and commercial law. As Long notes, it would give accountants and treasurers more freedom to purchase and sell Bitcoin as it will be treated worldwide as a foreign currency. This means fewer hoops have to be jumped through for corporations and governments to hold BTC.

Additionally, this would make financial disputes surrounding Bitcoin easier to pursue in the courts, as Bitcoin would have the legal status of a currency, giving people extra protections and empower people to seek legal action easier than with other assets.

Could Bitcoin Become a World Standard?

With the possible news of El Salvador treating Bitcoin as its own official currency, this has left speculators wondering if other countries might follow suit. Countries that use other currencies as their own defacto currency, such as Ecuador and Zimbabwe, which both use USD, might look towards Bitcoin.

Independent countries relying on the dollar, known as dollarization, is common when those countries’ own currencies are in disrepute. However, this could soon change as the US Federal Reserve has held down interest rates during the pandemic, leading billionaire economist Stanley Druckenmiller to fear astronomical inflation in the future, which could destabilize the dollar in years to come.

Other countries may also fear this and turn to Bitcoin, both due to its deflationary nature, as well as the fact that it is independent, which could make it is less politically complex than accepting USD as an official currency. The world of finance is eagerly watching El Salvador to see how its government responds to the President’s proposal, as its acceptance would secure crypto as a legitimate competitor to other foreign currencies.

Do you think El Salvador will approve Bitcoin as legal tender? Let us know in the comments!