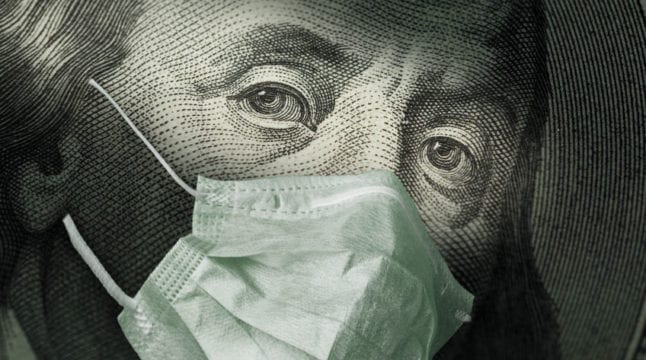 Inflation is an imminent worry with just about every fiat currency. Centralized bodies, such as governments, have been minting continuous streams of money throughout the entirety of economic history, causing the strength of such currencies to dwindle as the years go by. This has been the status quo for centuries, possibly even millennia—and ours is no different.

However, we have been fortunate enough to experience the introduction of cryptocurrencies. Many of these hold deflationary practices, which are now causing economists to second-guess the norms of governments and reserves.

Stanley Druckenmiller on the Status of USD as a Reserve Currency

Billionaire economist and prominent hedge fund manager, Stanley Druckenmiller is one of the latest figures to speak out against this, fearing that the US Federal Reserve’s current plans could cause the dollar to go into freefall in years to come.

In an interview with CNBC, he stated that due to the Reserve’s actions,

“…it is more likely than not within 15 years [USD will] lose reserve currency status”.

On the flipside, Druckenmiller spoke positively about cryptocurrency, in particular Bitcoin, noting that BTC is “very hard to unseat” as a store of value due to its age and its finite supply.

What does the Federal Reserve Have Planned?

The Federal Reserve has been attempting to keep the US economy flowing by holding interest rates down and buying trillions of dollars in bonds. This activity might have been appropriate if the economy was still suffering from the COVID-19 pandemic, but Druckenmiller believes that the economy has actually bounced back to pre-pandemic levels.

Ultimately then, he believes the Fed’s current activity is unwarranted. Whether he is right is hard to measure, as stats from FiveThirtyEight state that while the economy is growing fast, it is still damaged.

Druckenmiller has been vehemently outspoken about the Reserve’s plans. He says,

“[I] can’t find any period in history where monetary and fiscal policy were this out of step with the economic circumstances—not one”.

Druckenmiller fears that in the future these actions will lead to an astronomical inflation that the government will struggle to handle. Keeping interest rates down only means they will have to be made significantly higher in the future, and the buying of trillions in bonds could contribute to US debt.

In effect, this could cause the US dollar to have a diminished footing on the world stage, leading to the loss of its reserve currency status, something he believes could happen “within 15 years”.

Inflation is Here: So What’s Next?

Druckenmiller’s thoughts stem from his fear that USD inflation will become unmanageable. This has led him to look elsewhere, setting his sights on cryptocurrency. In particular, he approved of Bitcoin as a “store of value”, in part because it has a finite supply.

The fact that only a set number of BTC exists, and that no more can ever be minted, means that Bitcoin is effectively a deflationary asset—which is much different from the fiat currencies we see today. Bitcoin’s purchasing power greatly increases as it is more scarce than a currency with an unlimited supply.

Other cryptocurrencies also follow deflationary principles or mechanisms, with Druckenmiller mentioning one in his interview: Ethereum. The tokenomics of Ethereum are quite complex, as technically it has an infinite supply, but an upcoming upgrade (scheduled for July) will make the coin deflationary by burning (or destroying) a portion of ETH that is used for every transaction fee. This has already helped the coin soar as its scarcity is soon to be increasing.

There is also a hidden layer of deflation that practically every cryptocurrency possesses– coins constantly fall out of circulation as private keys to wallets get lost, and funds get sent to the wrong addresses. This means that even coins that do not burn themselves, such as BTC, still get more scarce as time goes on.

BTC as a Store of Value

As Druckenmiller pointed out, Bitcoin is a “store of value” in its own right. This is far from the first time BTC has been viewed this way. In the past, Bitcoin has even been compared to gold in this respect.

Nowadays, due to its immense worth, name recognition, and finite supply, BTC is adopted by many retail investors as a store of value, but Druckenmiller is referring to something bigger. It seems that he is suggesting larger organizations such as hedge funds, or even governments, should also look into using BTC like this.

In reality, this is actually already happening. Real Vision, a Television corporation, announced in December 2020 that their treasury had placed 10% of its cash holdings into Bitcoin. Many others have taken similar action, including Square, Tesla, and Microstrategy, to name the most popular.

If Stanley Druckenmiller is correct, and the US Federal Reserve is inadvertently compromising the dollar, then we could see this trend continue, where organizations opt for cryptocurrencies like Bitcoin, or perhaps Ethereum, as their preferred means of holding wealth.

The implications for such paramount actions are enormous. This could set the stage to diminish America’s geopolitical status as a world leader, and could also suggest that cryptocurrency is more suited to global finance than any government-issued fiat currency.

Do you agree with Druckenmiller’s analysis? Let us know in the comments!