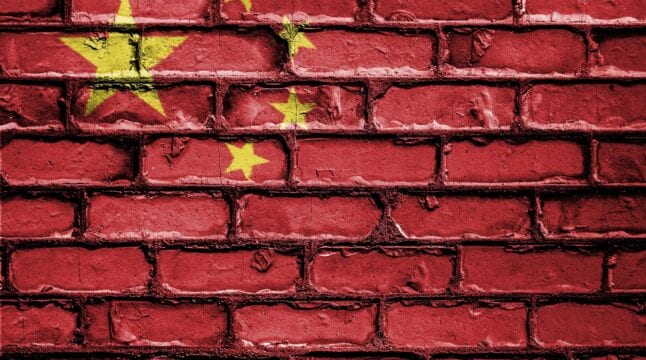 Although China didn’t bring anything new to the banning table, the possibility itself induces BTC investment fears.

Bad news spreads as rapidly as flammable gas, touching and igniting everything in the vicinity. With social media as an accelerant, misleading news about a Chinese Bitcoin ban caused a spree of selling among new BTC retail holders.

Bitcoin Drops by 14% Within 24 Hours Amid Bad News

It’s truly an awful coincidence when Elon Musk’s Bitcoin-deriding tweets coincide so tightly with the ground-breaking news that China banned Bitcoin. Such a combined, two-strike bad news would surely yield the effect of a massive BTC sell-off. And indeed, that’s exactly what transpired.

On the same day, May 19th, Reuters was the first to publish the People’s Bank of China’ (PBoC) disturbing statement, not drafted by China’s regulatory bodies, but by Chinese Self-Regulatory Organizations (SRO). Except, it wasn’t disturbing because it was a reiteration of old policies, not anything new, as to be worthy of being classified as “news”. This critical piece of information Reuters failed to include.

“A lie can travel halfway around the world while the truth is still putting on its shoes.” Jonathan Swift

This in itself is disturbing because, technically, Reuters didn’t invent something. It repeated a restatement that appears to have been perfectly timed to produce a certain market effect, adding to Musk’s negative impact.

Whales Gorge on a BTC Discount

As a result of this stunning coincidence, the most vulnerable were hit the worst – retail investors that only recently entered the crypto space. Across social media, thousands of people are now lamenting about lost savings and ruined investment portfolios.

Unlike previous BTC price corrections, this one was quite lopsided. While small retail investors fell prey to panic-selling, institutional investors (whales) exploited this opportunity to obtain 53,000 BTC since May 19th , when Reuters first broke out the China “news”.

Of course, the reason why people would react with apprehension when seeing headlines like “cracking down on Bitcoin mining” is that the majority of Bitcoin’s mining network — about 65% — is located in China.

Because miners secure the network by processing transactions, verifying blocks and adding new ones, such a crackdown would collapse Bitcoin’s inherent value – its hash power.

What Exactly Is China’s Relationship with Bitcoin?

First and foremost, both Bitcoin mining and the cryptocurrency itself are not banned in China. It is illegal to use it as a legal tender, instead of China’s yuan. Likewise, crackdown on Bitcoin mining means sanctioning those mining operations that have not registered with proper authorities, i.e., completed the red tape procedure.

Therefore, it is legal to buy and hold Bitcoin in crypto wallets, but not to convert it to yuan using traditional financial institutions. As far as Bitcoin mining goes, there is no new legislation explicitly banning it. Instead, as a recent Inner Mongolia example shows, wasteful energy consumption is curbed. This may or may not affect Bitcoin mining, depending on the province.

However, as a result of this uncertainty, many Chinese crypto mining companies are relocating to Russia, Iceland, Iran, Belarus, Malaysia, and other nations with relatively cheap electricity. Additionally, China is inching ever closer to implementing its CBDC – Central Bank Digital Currency – called digital yuan.

It is yet unclear what effect would CBDC unrollment have on cryptos. However, some think it would drive up their demand because digital yuan represents total surveillance of all economic activities. According to Boris Schlossberg at BK Asset Management, relayed by CNBC:

“With many Chinese entrepreneurs and consumers clearly aware of the government’s intention to exert absolute authority over personal assets, the trend of converting at least part of one’s wealth into crypto assets will continue despite crypto’s inherent volatility.”

Chinese authorities may share his opinion, so this would provide them with another reason to crack down on cryptocurrencies. However, they would face a problem that Bitcoin, as a piece of digital code, is not technologically bannable. One could only cut off its avenues to fiat money, which has been in place for 4 years.

Lastly, there is a relatively concrete clue that the “China ban” restatement was an intentional effort, as a way of bringing down a leveraged competitor in the Chinese financial arena.

Do you think Bitcoin has become too big for its own good? That it will from now on be used by global capital for market exploits and tackling competitors? Let us know in the comments below.