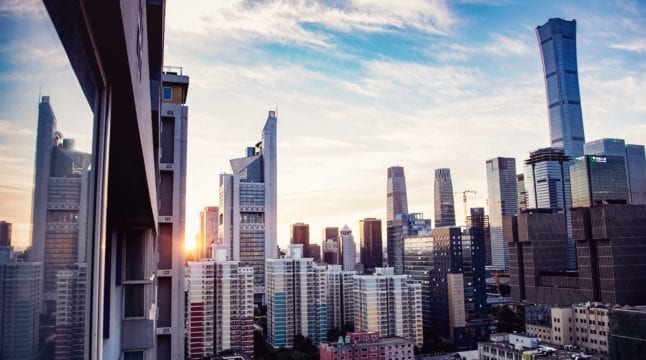 China's CBDC has been under development for years. This latest test signals a full release in the near future.

China continues to lead the charge in testing and implementing Central Bank Digital Currency – CBDC. As Western powers continue to count covid cases, paralyzing their economies, China has long-since left the pandemic behind. Its latest rollout of digital yuan testing is another sign of Chinese forethought.

Digital currency, as a digital product, goes through alpha and beta stages of development. While Western central banks are only planning and researching the rollout of CBDCs, China is already in the beta—pre-release stage—of its digital yuan.

In fact, China is rolling out its second wave of real-world CBDC performance testing, which started on January 1, 2021. The first wave of tests had been conducted between the months of April and August last year. The People’s Bank of China revealed the following results from the launch of the world’s first CBDC:

Overall, the first test was a culmination of efforts that started in the early stage of Bitcoin, in 2014. Since then, it took China three years, in 2017, to completely ban initial coin offerings (ICOs). Likewise, China’s central bank pushed its crypto space into the underground by banning banks from interacting with cryptocurrencies.

Given that China transformed its economy from communism into state-run capitalism, this course of events was quite predictable. From the beginning, China perceived cryptocurrencies as a potential threat to their monetary sovereignty. Fan Yifei, deputy governor of the People’s Bank of China, had this to say at the Sibos 2020 conference:

“To protect fiat currency from crypto assets and safeguard monetary sovereignty, it is necessary for the central banks to digitize banknotes through new technologies,”

Since then, the digital yuan trials have expanded into Beijing and provinces along the Yangtze River Delta region. Even Hong Kong and its western neighbor, Macau, participated in CBDC rollouts. More importantly, the upcoming digital currency stands to gain traction even outside of China.

As was the case with the first run, on January 1, the People’s Bank of China started to randomly issue digital yuan into the wallets of lottery winners. Any Chinese citizen who showed interest, by registering on the government’s iShenzhen platform, could be a lucky recipient.

This time, the central bank will issue 200 digital yuan ($31) into 100,000 digital wallets. The test participants will have the option to spend the free money across 10,000 physical merchants from January 7 to January 17. Interestingly, the digital yuan codes will be distributed via red envelopes, which represent a traditional manner of gifting cash on special occasions.

The Importance of the Digital Yuan

It is no secret that the United States has made a concerted effort to outsource much of its manufacturing to China over the decades. However, the relations between the two economic behemoths have worsened since President Trump took office. Those familiar with the Chinese culture, know well that China carefully plans for the long haul.

Just recently, China and Russia marked a milestone achievement, by accelerating their trade settlements in national currencies to 25%. Although this means that the other 75% of trade is still done in USD, this is a sign of a burgeoning new era. If China’s end-goal is to free itself from USD dominance, it appears as though that goal could be in sight.

After all, the military might comes from economic might. Therefore, China’s digital yuan, CBDC, represents an additional step against the dollarization of its economy. Moreover, CBDC represents an unprecedented control over who spends what, where, and by how much. One could argue that this perfectly fits into the Chinese social credit score system, as a mechanism of social engineering.

What do you think about China’s development of its CBDC? Will other central banks soon follow? Let us know in the comments below.