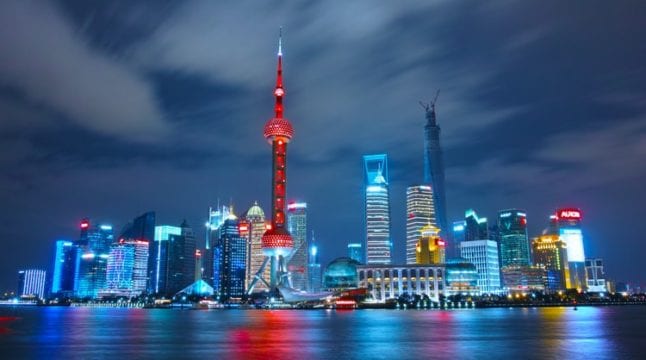 With its own digital currency, will China remain as the only sovereign player on the global(ist) geopolitical stage?

What insiders already suspected, the former governor of the People’s Bank of China (PBoC) confirmed at the recent Eurasia Forum conference. The Chinese version of digital currency will primarily focus on preventing the “dollarization” of the Chinese economy. Many believe that the US greatly helped China arrive at its current economic juncture. However, as the US-China trade war continues, this could provide China with an additional advantage.

The Rise of CBDCs as Monetary Power Consolidation

Facebook’s announcement of its Libra cryptocurrency development in 2019 signified an important landmark in the crypto space. Up to that point, Bitcoin and hundreds of altcoins dominated the crypto space, as natural, evolving outgrowths of the sector. Libra represented a giant corporate intrusion into the sector as it validated and legitimized the digital asset concept, to some degree.

Taking notice of this development, governments around the world were pushed into evolving their own cryptocurrency stance. Digital tokens could no longer be dismissed as fads, delegated to the nerdy fringes of society. The transition towards a cashless, digital society was obvious and well underway, but cryptocurrencies represented an additional layer of complexity in this transition.

To avoid being left behind and have parallel payment systems that might erode monetary monopolies, governments took practical steps in the development of digital currencies. Accordingly, the Federal Reserve, alongside six other central banks, have set a blueprint for the development of CBDCs – Central Bank Digital Currencies.

Thus far, central banks of the United States, Canada, the UK, Japan, South Korea, Sweden, and Switzerland, have released a press release on October 9, 2020. It outlines the purpose and developmental framework of CBDCs:

Outside of these countries, you can expect to see a wave of CBDC adoption in the next five years. However, you may have noticed from that list of nations the acute absence of the growing economic superpower – China. Although the United States provided a key role in helping China achieve this status over the last 30 years, China is powerful and populous enough to set its own pace and conditions.

Not beholden to the vagaries of democracy, China can afford to plan for the long haul, as exemplified by China’s massive infrastructural projects and the phenomenon of ghost cities.

China as an Outsider Spurring Other Nations into Action

For that reason, China is furthest ahead in creating its own digital currency. The People’s Bank (PBoC) had already conducted a test run in real-world conditions, circulating 10 million yuan ($1.5 million) to ~50k randomly selected citizens. This is why you see a sudden frenzy of activity in the form of a press release from all these central banks aligned to the American sphere of influence.

However, unlike the seven central banks that share common economic space under the auspice of the American USD hegemony, China seeks to use its digital currency as a bulwarking system against the USD. Zhou Xiaochuan, former governor of PBoC, framed it thusly at the Euroasia Forum conference streamed on October 27:

“We [need] to prevent dollarization. This is one of the major designing points of the Chinese DCEP.”

Meaning that the digital yuan must serve China first, empowering its retail sector and eliminating undue foreign influence, i.e. the USD. As the Western world plunged into record-breaking deep recession with entire industries in disarray, China emerged from its coronavirus spill with a 4.9% GDP increase and open pool parties.

For comparison, the global economy shrank by 4.5%. For many months, the US establishment across the party lines has been heating up anti-Chinese sentiment, but will it be enough to forestall China’s rise as the #1 economic superpower, pursuing its own geopolitical goals?

Do you think Bitcoin can withstand the coming age of CBDCs? Let us know in the comments below.