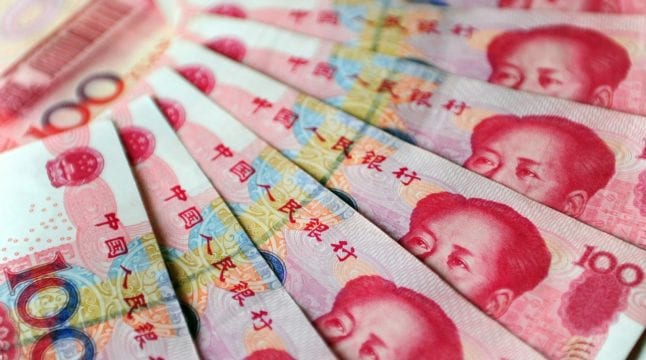 South Korean Merchants Could be a Key to Digital Yuan Adoption

Merchants in South Korea are reportedly onboard with the digital yuan

A June 9 report from a South Korean news organization suggests that the digital yuan might be on track towards acceptance outside China. This is likely to begin in areas that see a significant number of Chinese tourists. As per the report, merchants in South Korea who are used to dealing with Chinese nationals are open to accepting the digital yuan as payment.

The Digital Yuan to See Adoption in South Korea?

Merchants in places such as Seoul’s Myeongdong District are already used to dealing with tourists and often take payment through the AliPay platform. Once the digital currency is in use, it is suggested that they will adapt. However, this change in the business model could have far-reaching consequences beyond just tourism.

South Korea and China have a long-running relationship when it comes to an influx of tourists. In 2019, 6 million Chinese people visited South Korea, though this figure took a hit following the COVID-19 outbreak. However, the country intends to recoup its losses once the pandemic is over.

When that does happen, it is likely that Chinese residents will be coming into the country with digital yuans to spend. Merchants, eager to make sales, will also likely be accepting of whatever form of currency they are offered. This benefits the digital currency as it will see external adoption this way, and the publication suggests that the Chinese government hopes to take advantage of this.

Besides tourism, an FT report states that China will likely make use of the Belt and Road initiative to ensure adoption. This will involve countries that engage in trade with China using the digital yuan rather than the dollar to hedge exchange risk. Countries in this category include others in Asia and countries as far as in Africa.

Could the Digital Yuan Be Used for a Surveillance State?

The concern attached to this is that China might use the digital yuan to spy on citizens. Because the token exists in a virtual space and leaves a digital footprint, it would be used to create a surveillance state. This is besides the fact that the country already has a social credit system in place, which has been deemed unethical.

This is coupled with the fact that Chinese people already make use of digital payments on a large scale. In 2018, for example, $37 trillion in transactions were recorded by the Chinese. This constitutes 16 % of all their transactions.

It is also worth noting that the digital yuan will have an effect on the global economy and international relations. Should the Belt and Road network be deployed successfully around the globe, reliance on the US dollar could take a hit. If countries that conduct global trade begin making use of the digital yuan, they do not have to rely on the US dollar as their primary trading medium.

The US dollar is currently the world reserve currency, and this is a major contributor to the United States’ position as a world power. The digital yuan could be a step towards centering China as a new world power through wider use of their currency.

Other things to consider, include the use of the digital yuan to bypass the United States’ authority. Countries such as Iran and North Korea might decide to take advantage of the digital yuan to evade US sanctions. If actions taken by the US can be easily evaded by alignment with another dominant currency, it could spark a currency war of sorts.

In response to the development of the digital yuan, a number of other countries are taking action to avoid being left behind. This includes Japan, whose lawmakers have proposed a digital currency as a counter to the digital yuan. The potential token would be a collaboration between the Japanese government and private organizations.

China is also developing a framework for Security Token Offerings. This was revealed by Weimin Guo, the chief scientist for the Bank of China. The framework is due to launch after the rollout for the digital yuan.

The Bank of China has also leveraged blockchain technology in the use of bonds. The bank tokenized $2.8 billion worth of bonds in late 2019.

Do you think the digital yuan will see use outside of China? Will it spark a currency war? Let us know your thoughts below.