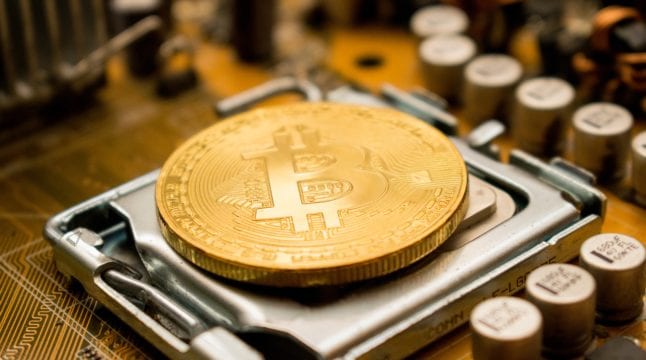 If you are having second thoughts about Bitcoin viability, understanding Bitcoin's hash rate should help.

Bitcoin takes hardships in stride. China’s clamp down on mining crashed its hashrate power. Yet, this decreased Bitcoin mining difficulty, resulting in a record-high hash rate. Find out how this internal mechanism keeps Bitcoin on the crypto throne.

Outside of being the first cryptocurrency to enter public consciousness, why did Bitcoin become digital gold instead of some other blockchain coin? This year, Bitcoin has firmly established itself as the go-to cryptocurrency for corporations, hedge funds, and even banks. Although intensely despised by the central bankers and the world’s richest men like Bill Gates and Charlie Munger, who feel the urge to use the word “disgust” to describe it, Bitcoin absorbed so much institutional capital flow that it seems unassailable.

To find the answer to such a question, we must examine the relationship between Bitcoin’s key properties and how they meet the demands of the contemporary world. First and foremost, Bitcoin’s supply is limited to 21 million coins. If we were to suddenly find rich gold veins, accompanied with superior cost-effective technologies to mine it, the price of this precious metal would collapse overnight.

By approaching the abundance of aluminum, gold’s drastically increased supply would make it as valuable as it is useful to be used in electronics or some other application. Bitcoin’s rarity is far more secure than that. In the entire universe, we cannot find another source of Bitcoin, unlike we could find with a gold-infused asteroid.

However, the bigger question is, how is Bitcoin’s secure rarity secured?

What does it mean for a digital code like blockchain’s cryptocurrency to have a secured rarity that is deflationary? Can’t it just be copy-pasted? After all, by their own admission, the creators of Dogecoin tweaked Bitcoin’s code over the course of a single weekend. They subsequently plastered an already existing meme on it, and now it has a market cap of $78 billion.

Therefore, alongside its limited supply, Bitcoin’s rarity is secured by the effort – known as mining – that is required to process ledger transactions and add new blocks (of transactions) to the blockchain. This effort had been placed there artificially through the Proof-of-Work (PoW) consensus algorithm. The PoW’s expenditure of computational power – hashrate – makes Bitcoin’s ledger secure because it prevents tampering and exploits.

To sabotage Bitcoin’s ledger, malicious agents would have to overcome half of its network consisting of over 83,000 nodes—computers synchronizing Bitcoin’s ledger whenever there is a transaction. In reality, this is unfeasible to accomplish which makes Bitcoin unassailable. Whenever you’ve heard of “Bitcoin hacks”, these were instances of private keys being stolen from somewhere, either people’s devices or centralized exchanges.

Never has Bitcoin’s ledger itself been compromised thanks to its mining network. The same cannot be said of programmable blockchains, like Ethereum or Binance Smart Chain. Their smart contract capability makes them more vulnerable to exploits, while Bitcoin’s blockchain is highly conservative and limited in such functionality. Only layers on top of it, like the Lightning Network, can enable it.

As you can see, Bitcoin’s mining network instills confidence because it makes this digital asset uncorruptible. In turn, confidence drives its value as the world’s reserve currency – USD – is being undervalued by a massive increase in money supply.

Furthermore, other artifacts of central banking, such as negative interest rates, continue to erode confidence and capital flow of government-issued and controlled money. Unfortunately, Bitcoin’s mining network is not impervious to external pressures. They come in two forms:

Sporadic attempts at banning Bitcoin (unlinking crypto exchanges and investors from the banking sector), as has recently happened in Nigeria, had the opposite effect as it only spurred adoption amid skyrocketing inflation. Nonetheless, Bitcoin is yet to be put to the true regulatory test. Such a scenario would include all major economic powers deploying CBDCs while prohibiting Bitcoin from being used.

Simultaneously, ever since Elon Musk’s Tesla heavily invested in Bitcoin, the media intensified its attack on the very concept of PoW that secures it. They often compare its electricity usage to countries in order to paint a picture of wastefulness, without contrasting its carbon-footprint to the debt-fueled economy and central banking.

So far, Bitcoin has proven to be highly resilient to these threats. Predictably, as China inches closer to deploy its CBDC, it is becoming more hostile to crypto assets. As a result, Bitcoin’s hashrate is steadily migrating away from China.

Moreover, the media’s smearing of Bitcoin as “dirty” is too being actively countered, as demonstrated by Jack Dorsey’s Square and ARK Invest’s renewable study.

Adding to the good news, the drop in Bitcoin’s hashrate caused the drop in its mining difficulty by 12.61% at 20.6 trillion.

As a result, Bitcoin’s hashrate has now reached an all-time high at 178.1m TH/s.

Altogether, Bitcoin’s crypto supremacy is not going away. Nigeria’s Bitcoin adoption is a microcosm of both its utility and macroeconomic drivers funneling people into crypto. With the fragile state of the world’s economy and inflation fears at an all-time-high, Bitcoin stands ready to absorb more capital flow—and for good reason.

Have you ever profited from using your personal computer to mine Bitcoin? Let us know in the comments below.