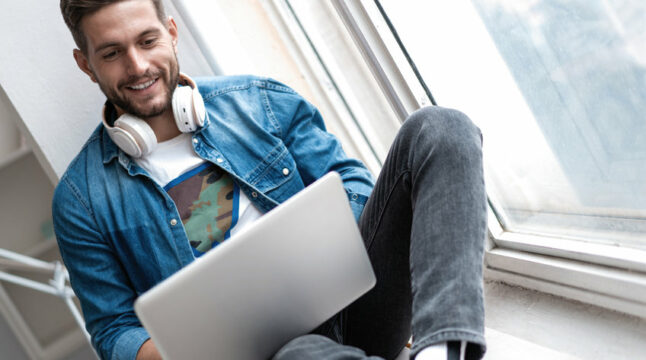 Bitcoin started out as electronic cash, but turned into something different. The Lightning Network's growth suggests the original view is making a comeback.

Bitcoin’s original vision featured a “peer-to-peer electronic cash system”. Today, Bitcoin is largely considered an asset, but not a currency. For cryptocurrencies to become ‘currencies’, they need to fulfill the primary requirement of offering near-instant transaction speeds at negligible fees. When combined with decentralization, this requirement brings additional value – which is precisely what the Lightning Network aims to do.

When the pseudonymous Satoshi Nakamoto first published the Bitcoin: A Peer-to-Peer Electronic Cash System white paper, little did he/they suspect that Bitcoin would turn out to be a commodity, not a digital currency. Envisioned as digital cash for daily use, Bitcoin Core developers steadily veered from that vision, leaving behind its transaction speed in the dust at 7 transactions per second (tps).

However, it’s not as if they had much choice. To increase Bitcoin transaction speeds, the original block size limit would have had to be higher than 1MB. The larger the memory block, the larger the space for holding and executing transactions.

Moreover, Satoshi deliberately implemented this 1MB block size limit to prevent centralization, and hid the limit. Alongside Bitcoin’s network having a limit at 10 minutes per block creation time, this is what blockchain’s throughput capacity is all about.

In the end, to increase the memory block, there would have had to be a network-wide consensus across the bulk of node operators (miners). When the consensus failed, a Bitcoin hard fork was born – Bitcoin Cash (BCH). As the name suggests, it was specifically developed as a continuation of the original vision – digital cash with high transaction speed and low fees.

Unfortunately, that too failed to materialize. Although BCH’s block size is drastically higher, at 32 MB, there is another issue to consider – the network’s hashing power represented as hashrate.

Because BCH didn’t receive the attention it needed, there are few node miners around to produce enough hashing power to prevent a double spend attack. In return, crypto exchanges had to impose their own preventative measures by increasing the number of confirmations required to process transactions.

This left Bitcoin Cash in a very unfavorable position. For instance, crypto exchange Kraken has implemented 15 confirmations, leaving the BCH transaction time at snail-pace of 2.5 hours. In contrast, Bitcoin requires only 4 confirmations, which translates to up to 40 min.

Join our Telegram group and never miss an update from the world of DeFi.

As you can see, even though fiat currency is not digital cash, VISA’s centralized network effectively turns it into electronic cash, suitable for near-instant daily payments. In contrast, Bitcoin and Bitcoin Cash have to pay for their decentralization:

Although the Witness (SegWit) protocol upgrade, in 2017, increased Bitcoin’s block limit to 2MB, or theoretically 4MB, this is still leagues behind VISA’s ideal of near-instant payments. However, the problem is effectively being solved in the form of Layer 2 scalability – the Lightning Network (LN).

Built atop Bitcoin’s main chain (L1), the network offloads the traffic through payment channels and returns it to the main chain as multi-batched transactions. The result is impressive. The Lightning Network offers a theoretical speed of up to one million tps at about 0.04 cents. Suffice to say, due to high demand for this Layer 2 approach, the year 2021 has been marked by Lightning Network’s takeover of Bitcoin traffic.

Such a high adoption rate also explains why Bitcoin’s main chain has such low fees compared to April. As of December 27th, 2021, the Lightning Network can handle a cumulative volume of $168.6 million, or 3,308 BTC, which is a 433% increase from the beginning of the year.

Furthermore, Bitcoin is not alone in taking advantage of the Lightning Network and becoming VISA-like. Just like it happened with Bitcoin, Litecoin (LTC) made a SegWit upgrade in 2017, which enabled it to use the Lightning Network. Both Bitcoin and Litecoin share similar code architecture, making the upgrade that much easier for Litecoin.

Correspondingly, the Lightning Network enables atomic swaps (automatic exchanges between different blockchains) between LTC and BTC. Without the Lightning Network, LTC would be left with 12 confirmations and 30 min transaction time, which is better than BTC, but not by much.

What about Ethereum and other Cryptocurrencies?

All Ethereum users are familiar with its notorious high gas fee problems, as well as L2 protocols—proposed solutions—in the form of Arbitrum and Loopring, as a few examples. These are L2 scalability solutions similar to the Lightning Network, helping Ethereum transition into a Proof-of-Stake blockchain sometime in H2 2022. Presently, Ethereum requires 20 confirmations and roughly 5 minutes in terms of transaction time.

In the meantime, there are cryptocurrencies with their own blockchains already capable of near-instant transfers. (Reminder, VISA’s daily TPS is at around 1,700, while its theoretical is 24,000):

However, even combined together, they have a minor crypto market share compared to Bitcoin (BTC) and Ethereum (ETH). In raw numbers, the four lightning-fast cryptos make up 5.7% market cap vs. BTC/ETH, or $76 billion vs. $1,317 billion.

Have you used Bitcoin Lightning Wallet, or do you consider BTC too much of a digital gold to bother? Let us know in the comments below.