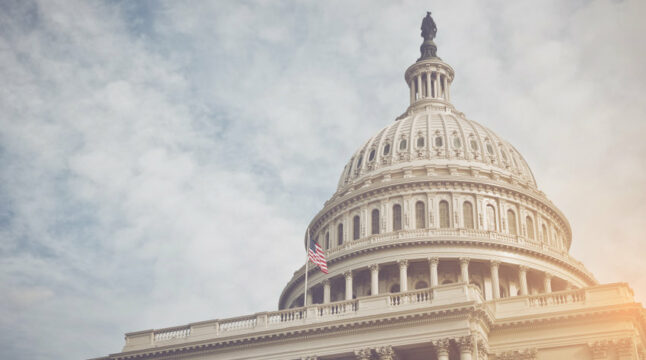 Gary Gensler has said the SEC has no interest in banning crypto, and it would be down to Congress to decide.

Gary Gensler, Chairman at the US Securities and Exchange Commission (SEC), has told Congress that the regulatory body has no interest in banning crypto as China has done. Gensler also hinted that such a ban might not even be under the authority of the SEC.

Speaking with the House Committee on Financial Services, the SEC Chairman has said it would be up to Congress to decide on a crypto ban. When asked by Rep. Ted Budd if the SEC is interested in implementing a ban as China has done, Gensler replied:

“No, I mean, that would be up to Congress. What we’re really working with are the authorities that you’ve given us. And I’ve said this, I think that many of these tokens – based on the facts and circumstances – do meet the test of being an investment contract, or a note, or some other form of Security. That we bring them within the investor protection remit of the SEC.”

When Gensler was nominated as Chairman of the SEC, some in the crypto community assumed he would be a friend of the industry. Particularly as he had written an article about how Bitcoin could be a “catalyst for change” and the fact that he had taught a course on blockchain technology at MIT.

However, Gensler has adopted a strict stance towards crypto, consistently highlighting the need for more regulation and calling the industry the “Wild West.” More recently, Gensler attacked crypto lending programs, making the case that such products fit under the definition of securities.

Nevertheless, now the SEC has made it clear it is up to Congress to consider a crypto ban, we might not see progress anytime soon. For one, Congress first needs to settle raising the debt ceiling prior to October 18, when the Treasury’s resources are expected to finish, according to the US Treasury Secretary Janet Yellen.

In Other News From The Hill

Yellen has warned that if Congress doesn’t raise the debt limit the US “would likely face a financial crisis and economic recession.” Moreover, on Monday, Senate Majority Leader Chuck Schumer warned lawmakers “do not have the luxury of waiting” until October 18, and should pass legislation raising the debt ceiling by the end of the week.

As the possibility of a crypto ban by the SEC and the Fed vanishes, US Senators have proposed a bill to combat rising crypto-ransomware attacks.

As crypto-ransomware attacks show no signs of slackening, US Senators Elizabeth Warren and Deborah Ross have proposed a new bill that would require victims to disclose ransom payments within the first 48 hours of making the transaction.

The bill, dubbed the Ransom Disclosure Act, mandates corporations to give the Department of Homeland Security data on ransomware payments. The data includes the amount of ransom demanded and paid, the type of digital asset used to pay the ransom, and any known information about the attackers. Senator Warren said:

“Ransomware attacks are skyrocketing, yet we lack critical data to go after cyber criminals. My bill with Congresswoman Ross would set disclosure requirements when ransoms are paid and allow us to learn how much money cyber criminals are siphoning from American entities to finance criminal enterprises — and help us go after them.”

In September, a report by Chainalysis revealed that crypto-ransomware attacks have surged by more than 300% over the past year and a half. To address this issue, OFAC has also issued an updated advisory, suggesting some solutions to prevent future cyber-extortion attacks.

Ripple Holders to Have Their Say

Judge Analisa Torres, a Manhattan federal judge, has said that some XRP holders can offer their “meaningful perspective” in the SEC vs. Ripple case, which accuses Ripple of violating securities law.

The US District Judge has written that six XRP holders will be given the chance to offer opinions on certain legal questions in the lawsuit and their views will be taken into consideration as amici curiae — someone who is not a party to a case but assists a court by offering information or insights.

The judge has written that:

“Accordingly, Movants, in their individual capacities, shall be permitted to act as amici curiae in this action. As such, Movants shall be allowed to assist the Court by briefing legal issues relevant to the case as approved in advance by the Court.”

However, it is worth noting that the judge still denied the XRP holders’ motion to intervene in Ripple’s case with the SEC. XRP holders cannot offer evidence or present witnesses and their involvement is only to prevent any prejudice.

Further, Judge Torres has reportedly asserted that allowing XRP holders to join the suit would “compel the SEC to take an enforcement action against them,” Law360 claims.

Do you think Congress will implement a crypto ban? Let us know in the comments below.