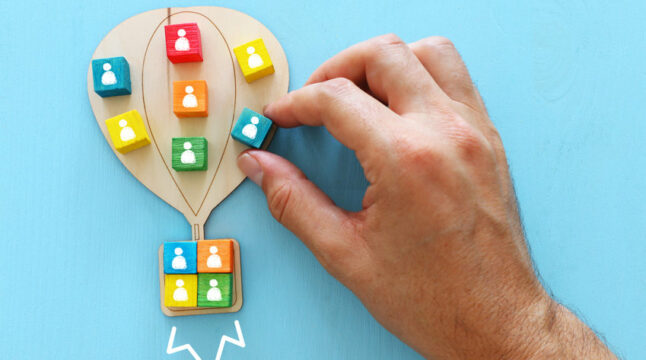 The unclear stance of US regulatory bodies about cryptocurrency is leading to increasing frustration for crypto firms.

The stances of US regulatory bodies on cryptocurrency are making it difficult for crypto institutions to retain talent. This situation is alarming for crypto firms as the competition for the best brains in the industry can already be fierce among institutions. The uncertainty may likely lead to a considerable reduction in the technical experts employed to drive the ecosystem forward.

The crypto ecosystem is witnessing a crisis of sorts as talent, which is already scarce, is increasingly exiting the space. This brain drain from the space has seen Wall Street companies and traditional financial institutions scope out experts from crypto companies as they wait for more explicit regulatory guidelines from the US government.

In an interview on Bloomberg TV, Spencer Bogart, general partner at Blockchain Capital, highlighted the situation. He remarked that the unclear stance of regulatory bodies’ towards crypto in the US is hampering the sector’s evolution, despite its advantages over traditional financial institutions and the services they provide.

Furthermore, he pointed out that competition for top talent would only increase as more prominent institutions set out to build crypto products. In his view, this development will continue to widen the gap for crypto adoption in the US.

Blockchain Capital is a leading venture capitalist (VC) firm that invests in blockchain-related startups and companies. Over its eight years of operations, it has made over 125 investments in various companies in the sector at different stages, locations, and asset types. It also has over $1.5 billion of assets under management (AUM).

Back in 2018, traditional finance was on the receiving end of this brain drain, according to an article in Finance Magnates. Many of those who crossed over said the crypto industry offered an increasingly credible career path. It’s interesting to wonder if these converts in 2018 would have expected crypto US regulation to be in its current state almost four years later.

The SEC’s Hard Stance Toward Crypto

The Securities and Exchange Commission (SEC) has taken a mostly unfavorable stance towards crypto. Despite the increased willingness of crypto companies to be regulated, the SEC has adopted a sluggish approach to creating clear guidelines to allow firms to follow the rules. Prominent crypto enthusiasts like Raoul Paul, CEO, and founder of Global Macro Investor, believe the SEC’s approach is only a means to bring about future negotiations with the space.

The SEC’s reluctant position was reflected in its delay of rulings for spot Bitcoin ETFs until November and December, despite its favored approach towards Bitcoin futures ETFs. The first-ever Bitcoin ETF started trading on the New York Stock Exchange (NYSE) last week and recorded a valuation of $1 billion in its first 24 hours.

The SEC is also embroiled in several court cases with crypto companies over its unclear regulations for the industry. While the Ripple lawsuit is still ongoing, Terraform Labs chief, Kwon, announced a lawsuit against the SEC on Wednesday, citing the violation of his due process rights and the SEC’s own rules by the regulatory body in its ongoing investigations.

Lobbying efforts that are pushing this issue to US Congressmen are offering hope to crypto companies that the lack of current regulatory clarity may be resolved. According to disclosures filed with Congress in the last few days, cryptocurrency trade associations have reported an unparalleled third quarter for lobbying spending. Lobbying expenditures increased as the sector found itself as the focus of a high-profile Congressional battle over a  trillion-dollar infrastructure package.

The chart above shows that the Block Association’s internal lobbying spending increased by more than 60%, rising from $130,000 in Q1 to $210,000 in Q3. During the same period, the Chamber of Digital Commerce also increased its lobbying spending from $30,000 to $136,000, a more than 450% increase. This increase may point to the greater effort being put in place to pass regulations for the crypto sector on the floor of the US Congress.

The Blockchain Association and the Chamber of Digital Commerce have historically been the major crypto trade associations interfacing with the federal government. This trend has intensified significantly since the beginning of 2021. Another body, the Congressional Blockchain Caucasus comprising a bipartisan group of congress members, is also advocating for proper regulations for the crypto industry.

Do you see the SEC softening its stance against the crypto industry? Let us know your thoughts in the comments below.