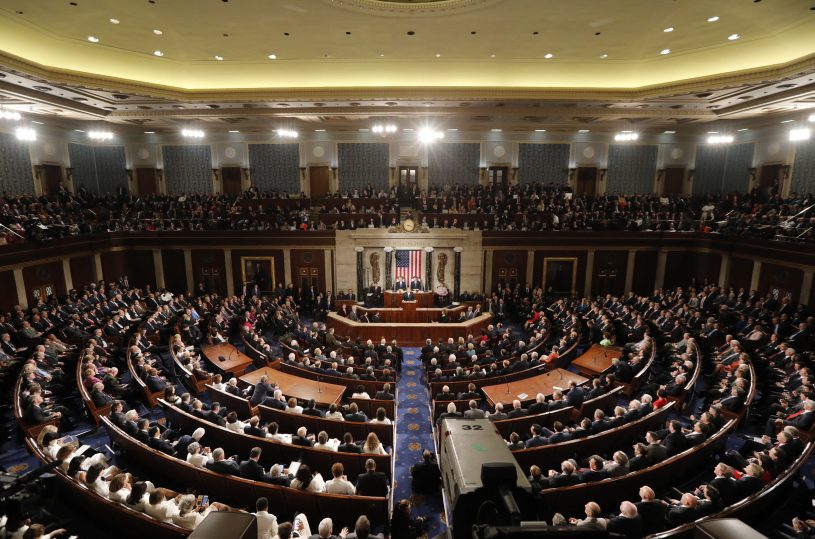 As of April 9th 2019, U.S. Congressman Warren Davidson (R-OH) has submitted the Token Taxonomy Act of 2019 (H.R. 2144) to propose an amendment of the Securities Act of 1933. The change would establish the ‘digital token’ as a new digital asset class, thereby exempting such tokens from securities laws and subsequently proposing a new tax structure.

The Token Taxonomy Act of 2019 Explained

The bipartisan bill— which was originally introduced in December 2018— has been refined to provide a clearer, more inclusive definition of a ‘digital token’.

Now, the Token Taxonomy Act of 2019 has proposed an amendment of the Securities Act of 1933 to include the following definition of a digital token:

‘‘(i) in response to the verification or collection of proposed transactions;

‘‘(ii) pursuant to rules for the digital unit’s creation and supply that cannot be altered by any single person or persons under common control; or

‘‘(iii) as an initial allocation of digital units that will otherwise be created in accordance with clause (i) or (ii);

‘‘(B) that has a transaction history that—

‘‘(i) is recorded in a distributed, digital ledger or digital data structure in which consensus is achieved through a mathematically verifiable process; and

‘‘(ii) after consensus is reached, resists modification or tampering by any single person or group of persons under common control;

‘‘(C) that is capable of being transferred between persons without an intermediate custodian; and

‘‘(D) that is not a representation of a financial interest in a company or partnership, including an ownership interest or revenue share.

With such a definition, the bill aims to establish a legally compliant, tradable ‘digital token’— more commonly referred to as a ‘utility token’— which is unregulated by the Securities and Exchange Commission (SEC).

In addition, the bill also has the mission of modifying the current tax structure for digital assets.

Purposes of the bill include:

The bill was authored by Representative Warren Davidson (R-OH), who has been consistent in his push for legislation which supports the use of blockchain technology in the United States.

How the Token Taxonomy Act Can Benefit the United States

The congressional representatives who advocate for the bill believe both regulatory ambiguity and laws which are too harsh will ultimately hurt the United States economy.

If the regulatory landscape doesn’t change, they’re afraid blockchain technology will find a central hub in another jurisdiction:

“China, meanwhile, has endorsed blockchain technology as essential to its digital economy and emphasizes the importance of regulation to a healthy future. In fact, President Xi Jinping has said blockchain is ten times more important than the internet was. China is currently leading across the world with the number of underway blockchain-based projects.”

Congressman Davidson believes the key to fostering that hub in the United States will be legislation similar to that of the early-stage internet:

“Without [the Token Taxonomy Act], the U.S. is surrendering its innovative origins and ownership of the digital economy to Europe and Asia. Passing this legislation, Congress would send a powerful message to innovators and investors around the world that the U.S. is the best destination for blockchain technology. In the early days of the internet, Congress passed legislation that provided certainty and resisted the temptation to over-regulate the market. Our intent is to achieve a similar win for America’s economy and for American leadership in this innovative space. I would like to thank my colleagues for their efforts on this bill including my colleague Darren Soto, a leader on the Energy and Commerce Committee, for his efforts on this bill and his accompanying legislation.”

The bill is said to have “broad, bipartisan support” and received positive feedback from numerous congressmen.

How The Token Taxonomy Act Compares to SEC Regulations

The bill stands in contrast to recent SEC guidance.

Throughout the past year, SEC Chairman Jay Clayton has publicly stated how nearly every Initial Coin Offering (ICO) he has seen, constitutes a securities offering. As a consequence, digital assets are therefore required to abide by the commission’s existing securities laws.

With that, the subsequent emergence of security tokens has taken place.

Besides providing a compliant alternative to the ICO, Security Token Offerings (STOs) are expected to bring significant benefits to the realm of traditional financial securities.

Already, security tokens feature the tokenization of numerous real-world assets— all in a compliant manner.

These include equity, real estate, REITs, investment funds, and even fine art.

What do you think about the Token Taxonomy Act of 2019? Will the bill see the approval of Congress? How will regulations play out for digital assets in 2019? We want to know what you think in the comments section below.