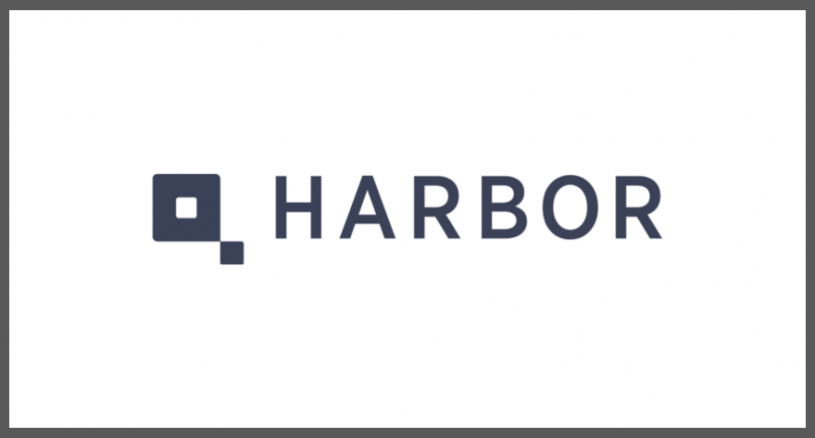 Harbor’s highly anticipated securities tokenization platform has officially launched. As an institutional-grade end-to-end service, the new platform was designed to bring institutional investors into the security token industry. With the platform already tokenizing a $20 million REIT, it appears to be well on its way in living up to such expectations.

Harbor’s end-to-end platform was built for institutional-grade functionality. Three main components were prioritized, in an effort to distinguish Harbor from any competition: security, compliance, and ease-of-use. The result, says the Harbor team, will be an increase of institutional investors entering the security token industry.

Harbor hasn’t wasted any time in accomplishing their mission— they’ve already tokenized the first US REIT through a $20 million offering which involves luxury property.

How Harbor Tokenizes Securities in a Secure and Compliant Manner

Harbor’s platform provides a means for users to tokenize securities, thereby creating a digital representation of a real-world asset in the form of a security token. The blockchain allows for an immutable record of ownership concerning such assets. But with Harbor’s R-Token, many additional benefits become available.

The compliance protocol, which is one aspect of Harbor’s unique ‘security token stack’, algorithmically enforces the applicable securities regulations for the life-cycle of the token. This means not just through initial issuance, but throughout secondary market trading as well.

Harbor has also made headlines in establishing institutional-grade security. In the midst of the SEC expanding its crackdown to involve custody, Harbor has partnered with BitGo for an enterprise-grade custody solution.

The team behind Harbor has specifically focused on the tokenization of private securities involving commercial real estate and investment funds. Typically, these areas have very little liquidity, with a low volume of secondary market trading due to complex regulatory requirements.

However, Harbor’s technology enforces the clear securities requirements established by the SEC and other regulatory bodies. With such automation, investors are freed from previous restrictions which lock them in a state of illiquidity. In this sense, automated, transparent, and algorithmically enforced compliance drastically increases the liquidity of a traditionally illiquid asset class.

With security tokens, investors can buy and sell tokens globally with 24/7/365 exchanges— a capability which the capital markets industry is just now seeing for the very first time. All of this is done in a compliant manner with almost instantaneous settlement cycles and no counterparty risk. For more on such benefits, be sure to review our comprehensive security token guide.

Details of Harbor Tokenizing the First US REIT

On November 27th 2018, Harbor CEO Josh Stein announced the United States’ first tokenization of a REIT, with Convexity Properties. The REIT represents $20 million of private equity in a luxury student residence called ‘The Hub at Columbia’ at the University of South Carolina.

A total of 955 shares will be tokenized in a ratio of one share per token, with each token priced at $21,000. Convexity Properties has said that the tokens will be entitled to a 5% dividend.

As the security token industry continues to grow, real-world assets likewise continue to witness tokenization. Beyond real estate, areas such as investment funds, the Hollywood film industry, stocks, and even ownership of a Picasso painting are all becoming tokenized.

Harbor CEO Josh Stein has also said that professional sports have expressed interest in the tokenization of ownership.

What do you think about the launch of Harbor’s tokenization platform? Which real-world assets will be next to experience the benefits of tokenization? Let us know what you think in the comments below.

Images courtesy of Harbor, Medium, and The Hub at Columbia.