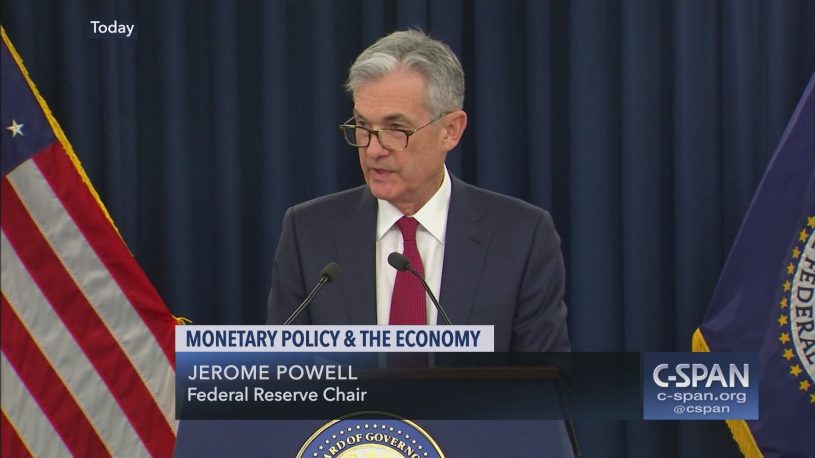 US Congressman to Federal Reserve Chairman Jay Powell: Cryptocurrencies will “Foster Innovation” in the U.S.

The US Federal Reserve’s Thoughts on Cryptocurrency Regulation

A common debate concerning digital assets in the United States has consistently centered around regulatory clarity.

The regulatory scene remains clouded with ambiguity: to the IRS, digital assets are classified as property, and are therefore subject to capital gains tax. To the Commodity Futures Trading Commission (CFTC), Bitcoin is a commodity. To the Securities and Exchange Commission (SEC), virtually ICOs constitute securities, and SEC Chairman Jay Clayton has said himself that he “is not going to change rules just to fit a technology”. The SEC’s stance has resulted in blockchain’s most anticipated industry implementation: security tokens.

“From a monetary policy standpoint the implications are not large certainly in the near term. People are not using cryptocurrencies in large sizes for payments, for example. It’s really been more of a store of value for some. You can see that it is highly volatile so I do not think it is attracting a lot of success there.”

After his comments, Powell extended an invitation to speak with Loudermilk and his office in a more private setting.

Davidson is known to support cryptocurrency adoption and limited regulation ever since developing legislation which claims digital assets are not securities.

During the hearing, Davidson described cryptocurrencies as similar to the early internet. The lack of regulation for the early internet fostered innovation and developed a robust digital ecosystem, he claimed.

Davidson suggested a similar approach to the regulation of digital assets could feature significant economic benefits for the United States.

Yet the current lack of regulatory clarity, and future regulations that are overly harsh, could both hinder the development of blockchain technology in the US.

And when we speak about blockchain, said Davidson, we’re not just talking about Bitcoin:

“Bitcoin doesn’t represent blockchain anymore than a website represents the internet. It is one use.”

Davidson went on to question Chairman Powell’s approach to the regulation of digital assets:

“Capital has fled the United States where this innovation [was] initially off to a good start. Do you believe that regulatory certainty could foster innovation in this market…in the token economy?”

Chairman Powell’s response signified what most believe to be the common level of understanding of digital assets among financial regulators:

“I would want to understand that better but, yeah, that makes sense…”

What do you think of Federal Reserve Chairman Powell’s response to question related to digital asset regulation? How will the regulatory situation unfold in the United States? Let us know what you think in the comments section below.