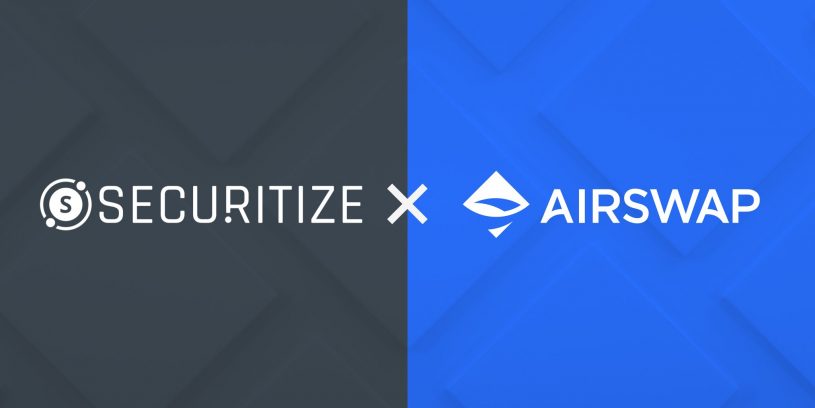 As of November 1st 2018, the world’s first security has been transferred on a public blockchain. The SPiCE Venture Capital Fund, Securitize, and AirSwap were all involved in the revolutionary transfer which has set a precedent for the global security token industry to follow.

The world’s very first transfer of a security on a public blockchain has officially taken place. The SPiCE VC security token was issued through the Securitize platform and transferred via AirSwap.

Securitize made the announcement on November 1st with the following tweet:

“Today we did the first transfer of a security on a public blockchain.”

The transfer was done through AirSwap, a peer-to-peer trading network built on the Ethereum blockchain. As a decentralized marketplace, AirSwap permits buyers and sellers to perform wallet-to-wallet trades through smart contracts.

The SPiCE VC security token was created and issued through Securitize. As an end-to-end platform, Securitize allows for coded compliance not solely during issuance but through secondary market trading as well.

The transferred token represents fractional ownership of the SPiCE Venture Capital Fund. The revolutionary transfer is not the sole ‘first’ for SPiCE. The SPiCE VC fund was the first fully tokenized VC fund, it featured the first token issued on a globally compliant security token issuance platform, and was the first security token fund to entitle holders to a direct share of net exits.

How the Historic Transfer Reflects the Imminent Growth of Security Tokens

SPiCE was formed in 2017, when most knew very little about the future of security tokens. Today, the tokenization of securities is commonly understood as the next evolution of capital markets. From the tokenization of luxury properties and real estate funds, to institutional giants such as Fidelity and JPMorgan moving into the space, the future looks undoubtedly bright.

Even professional sports teams have expressed interest in the tokenization of ownership.

With breaking news such as the first security transferred on a public blockchain, many are convinced that the evolution has already arrived.

What do you think of the historic transfer? Has the impending security token industry been officially activated? We want to know what you think in the comments below.