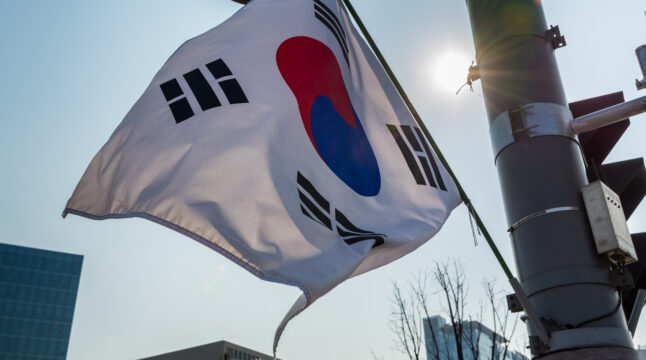 An individual identified only as “Han” got sentenced to 5 years in prison, and $700,000 in fines for investment fraud involving BTC and ETH.

According to a local outlet, a South Korean court sentenced a 33-year-old, only identified as “Han”, to 5 years in prison. Han was also fined an equivalent of $700,000 for defrauding investors of both digital and fiat currency.

South Korean Sentenced to 5 Years in Prison for a $1.5M Fraud Involving BTC and ETH

According to Friday’s report, “Han” created a blockchain-based webtoon company in 2019 and launched their own digital currency along with it. They claimed these tokens would be the sole currency of the website, and that they would be listed on major international crypto exchanges.

Since webtoons—a type of digital comic—are fairly popular in South Korea, and since “Han” promised investors tenfold returns, multiple people were defrauded. About 30 people staked their Bitcoin, Ethereum, and fiat currency to “Han’s” project and lost a total of 2.4 billion won—more than $1.5 million.

The court found that “Han” had neither the ability nor the intention to fulfill any of his promises to investors and that they maliciously continued their fraudulent attempts until the police got involved in the matter. “Han” was sentenced to 5 years in prison, and a $700,000 fine for conducting investment fraud.

Interestingly, the court took the opportunity to rebuke the investors. Allegedly, the presiding judge noted that most of the affected investors are partly to blame as they invested in a novel sector without doing their due diligence of properly examining the high-risk investment beforehand.

South Korea has been stepping up its crypto-related law enforcement throughout 2022. The major spike in police activity came after the disastrous Terra LUNA collapse in May. According to local outlets, the country seized more than $180 million worth of crypto for tax evasion alone over the past two years.

The increased law enforcement activity in South Korea pertains both to individuals and companies. For example, the country’s police arrested 16 persons with connections to digital assets exchange fraud valued at over $2 billion.

South Korean authorities also recently escalated the Terra case by issuing an arrest warrant for its founder Do Kwon. The news of this move sent Terra(LUNA) spiraling downward by around 40% on September 14th. The search went global when Interpol issued a red notice for Kwon’s arrest earlier this week.

Do you think the authorities should do more to inform investors about the dangers and realities of digital assets investments? Let us know in the comments below.