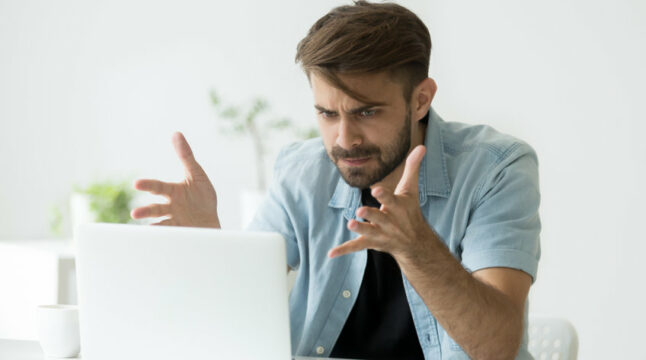 Decentralized stablecoin UST lost its dollar peg, dropping to as low as $0.6841. Meanwhile, its sister token Luna dropped by around 50%.

LUNA, Terra’s governance and staking token, has plunged by around 50% over the past 24 hours after the ecosystem’s decentralized stablecoin UST lost its peg to the US Dollar. UST is an algorithmic stablecoin that uses LUNA to retain its peg and has a significant impact on the token’s value.

Terra’s decentralized stablecoin UST, which had just recently surpassed Binance USD (BUSD) to become crypto’s third-largest stablecoin, lost its dollar peg after a wave of sell-off and uncertainty hit the crypto market. The stablecoin has plunged to as low as $0.6841 over the past 24 hours, according to CoinMarkerCap.

UST is a decentralized stablecoin, meaning there is no centralized entity holding its reserve assets. Instead, the stablecoin uses LUNA to keep its dollar peg through an algorithmic incentive mechanism. This has been made possible through arbitrage traders, who can use the inefficiencies in the ratio between LUNA and UST to profit off the difference while simultaneously helping UST hold its peg.

For instance, when UST is trading below its dollar peg, arbitrageurs can burn UST to mint LUNA. This way, they decrease the supply of UST and bring its price back up to a dollar while also earning some profit. Similarly, when UST is trading over its dollar peg, arbitrageurs can burn LUNA and mint UST, increasing the supply of UST and helping bring its price back down to the peg.

However, things started to go sour for the stablecoin after high-volume withdrawals from Terra’s Anchor Protocol increased selling pressure. As reported, by late last month, more than 67% of demand for UST came from Anchor, where around 12.5 billion UST tokens were locked. That tally has now dropped to 8.5 billion UST tokens, meaning around 4 billion UST has been withdrawn.

Luna Foundation Guard to Use $1.5B worth of BTC and UST

The selling pressure resulted in UST losing its peg. Meanwhile, the stablecoin’s sister token, LUNA, dropped even more. Luna’s sharp decline put its market cap below that of UST’s, meaning that traders were unable to redeem UST for LUNA, potentially throwing the foundation of UST’s entire mechanism into jeopardy.

These forced the Luna Foundation Guard (LFG), a nonprofit organization dedicated to maintaining the stability of the UST peg, to lend out $1.5 billion in Bitcoin and UST to defend the peg. Previously, Terra had announced plans to purchase $10 billion worth of Bitcoin to use as collateral for its UST stablecoin.

In the latest update, the organization said it had withdrawn 37,000 Bitcoin (worth over $1 billion) to lend out. With this, the organization completely emptied its treasury wallet of all of its Bitcoin. “Very little” of the borrowed bitcoins have been spent, Luna Foundation Guard said, but it is “currently being used to buy” UST.

Some analysts believe the LFG selling billions worth of Bitcoin to buy more UST could drag down the entire crypto market. “That [action could] add meaningful sell pressure on bitcoin and could drag down markets with it,” Corey Miller, growth lead at dYdX, told TechCrunch.

Bitcoin, the world’s largest digital currency, even dropped below the $30,000 mark at one point over the past day, hitting its lowest level since July 2021. As of now, Bitcoin is trading at around $32,000, down by over 2.5% over the past 24 hours and down by more than 50% from its November all-time high.

Meanwhile, UST has slightly recovered and is currently trading at around $0.92, closer to its dollar peg. However, Luna is still deeply in the red. The coin is trading at $33.48, down by more than 43% over the past 24 hours.

Do you think UST would be able to attain its dollar peg again? Let us know in the comments below.