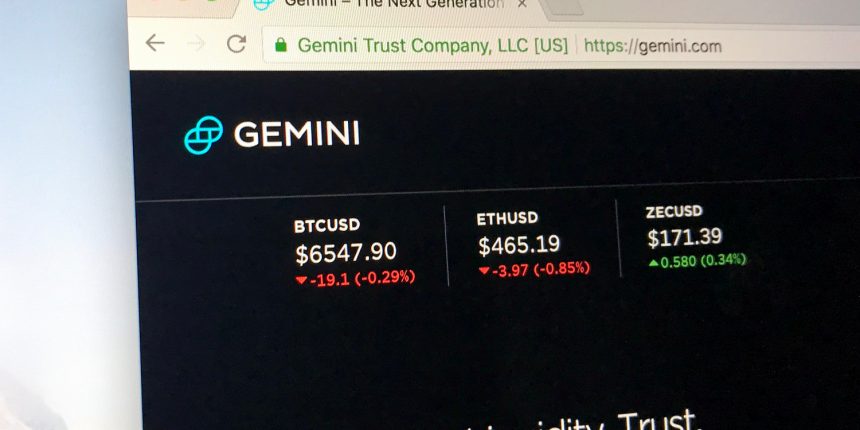 Winklevoss Twins’ cryptocurrency exchange is preparing to lay off some of its staff after facing issues pertaining to FTX and Genesis Global.

According to a Monday report, the Winklevoss twins’ cryptocurrency exchange Gemini is laying off 10% of its workforce. The news comes just days after DCG’s Genesis, which owes Gemini around $900 million, went bankrupt.

Gemini Cutting its Workforce by 10%

Based on an internal memo viewed by The Information on Monday, Gemini, the cryptocurrency exchange of the Winklevoss twins, is laying off 10% of its workforce. Gemini has been facing problems since at least November 16th when it was forced to halt withdrawals from its Earn platform in the aftermath of FTX’s collapse.

Gemini’s decision to freeze withdrawals is the direct result of a similar decision made by Genesis’ lending arm on November 16th as the two companies had a close business relationship. Due to a dispute over Genesis’ debt towards Gemini, the exchange’s co-founders engaged in a public feud with Barry Silber, the CEO of the Digital Currency Group—the company that owns Genesis.

Gemini isn’t the first cryptocurrency company to make significant workforce cuts in 2023. Earlier in January, Coinbase laid off about 900 of its employees, and Genesis fired as many as 30% of its staff just days before its lending branches filed for bankruptcy. At the time of writing, Gemini made no official statement on the layoffs.

Both Gemini and Genesis found themselves caught in the contagion stemming from the collapse of FTX. The bankruptcy of Sam Bankman-Fried’s company sent shockwaves throughout the digital asset industry and already in November, it claimed the cryptocurrency firm BlockFi.

Genesis, a subsidiary of the DCG, revealed it had effectively lost more than $170 million to FTX’s bankruptcy on November 10th. While it received $140 million from its parent company, the infusion seemingly failed to cover the shortfall as the firm’s lending arm froze withdrawals on November 16th, and was reported to have entered into restructuring on the 22nd.

Early in January, Cameron Winklevoss published an accusatory open letter addressed to DCG’s Barry Silbert giving January 8th as the deadline for Genesis to repay around $900 million it owes to Gemini. A week later, the co-founder published another open letter, this time calling for the removal of Silbert from his role as the CEO. At the same time, Gemini announced the termination of its agreement with Genesis, and of its Earn program.

Several days before Genesis’ lending branches filed for bankruptcy, reports came out indicating that Gemini, along with other parties in the Creditor Committee, have been engaged in negotiations with Genesis over a prepackaged bankruptcy plan. At the time, it was reported that the Winklevoss’ exchange agreed to a forbearance period of up to two years in most of the payments.

Do you think Gemini could also be forced into restructuring? Let us know in the comments below.