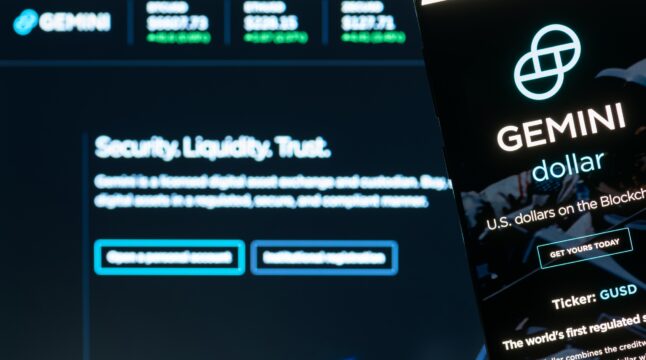 Gemini co-founder Cameron Winklevoss wrote an open letter to DCG's board, callings its CEO out.

Cameron Winklevoss, co-founder and president of crypto exchange Gemini, accused crypto lender Genesis, Digital Currency Board (DCG), and its CEO Barry Silbert of defrauding 340,000 Earn users by providing false statements about the lender’s solvency and financial health. In his open letter to the DCG Board, the billionaire also called for removing Silbert as CEO after proving “unfit” to run the VC firm.

Winklevoss Genesis, DCG, and its CEO of Defrauding 340,000 Earn Users

Gemini co-founder and president Cameron Winklevoss wrote an open letter to the board of the Digital Currency Group (DCG), accusing the venture capital firm and its daughter company Genesis of defrauding more than 340,000 Gemini and Earn users. Winklevoss said DCG and its CEO Barry Silbert, as well as other key executives, created false statements to misrepresent the solvency and financial health of Genesis.

They achieved this by misleading Gemini and other lenders “into believing that DCG had absorbed massive losses that Genesis incurred from the Three Arrows Capital collapse ”and encouraged lenders to continue lending money to Genesis,” Winklevoss says. They lied to the lenders to “dig themselves out of the whole they created,” the billionaire added.

More specifically, Winklevoss said DCG, Genesis, and Silbert pretended to have addressed the $1.2 billion loss Genesis sustained after lending $2.36 billion to 3AC, which went bankrupt in June 2022. Silbert was then presented with two legitimate options, including restructuring the Genesis loan book or covering the $1.2 billion loss, but he “did neither,” Winklevoss added.

At the time, Genesis’s loan book amounted to around $8 billion, meaning the $1.2 billion loss would account for around 15% of the loan book’s assets. The restructuring of a loan book would have helped cover the loss, recover lenders’ assets, and grant them direct access to liquidity, Winklevoss wrote.

– Cameron Winklevoss said in the letter.

Winklevoss Urges DCG Board to Remove Silbert as CEO

The 41-year-old then accuses Silbert and other aforementioned parties of deceiving Earn users, Gemini, and other lenders into believing that DCG had injected cash to address the $1.2 billion hole. The letter includes a tweet from the former Genesis CEO Michael Moro, who claimed the DCG had assumed certain liabilities related to Three Arrows Capital to ensure the lender has sufficient capital to continue running and scaling its operations.

In the final part of the letter, Winklevoss called for the DCG board to remove Silbert as the firm’s CEO as he has proved “unfit” to run the company. The Gemini founder asked the board to install a new CEO who will “right the wrongs” that occurred during Silbert’s reign.

The letter comes just days after Genesis fired 30% of its employees in a restructuring move. Withdrawals in the firms lending arms remained frozen since November 16th, and the company previously revealed it has at least $175 million stuck in its trading accounts with the collapsed FTX.

Do you think the DCG board will listen to Winklevoss’s requests and remove Silbert as CEO? Let us know in the comments below.