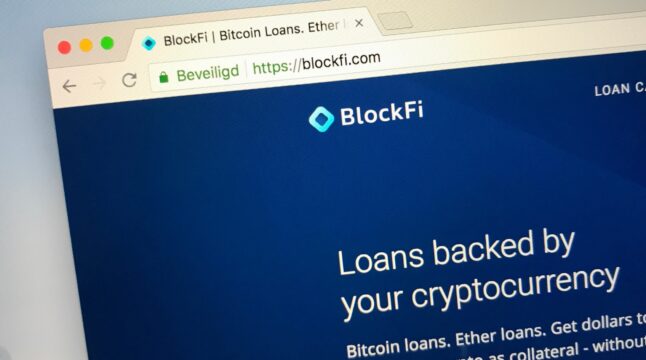 BlockFi just announced it is filing for bankruptcy as the contagion of FTX's collapse is rapidly spreading.

After weeks of uncertainty, BlockFi filed for Chapter 11 bankruptcy on Monday, November 28th. According to the company’s statement, the main reason for the filing is the recent collapse of FTX.

BlockFi froze withdrawals from its platform already on November 10, a day after Binance pulled out of its non-binding acquisition LOI with FTX, and a day before the latter company declared its bankruptcy. BlockFi’s Monday update states that while the firm “explored every strategic option and alternative available”, chapter 11 was judged to be the best way to “maximize value for all stakeholders, including our valued clients.”

The filing was made in New Jersey and the bankrupt company hired three law firms for legal counsel, and Moelis & Company—recently hired by Genesis to help in its restructuring effort—as the investment banker. All of the documents relevant to the bankruptcy can be found on the website of Kroll, the company hired by BlockFi to serve as the claims agent.

In the filing, BlockFi estimates that it has over 100,000 creditors and between 1 and 10 billion dollars in both assets and liabilities. The official announcement also claims that the company has over $250 million in cash on hand to run its operations throughout the bankruptcy.

Some of the company’s top creditors include FTX US and the Securities and Exchange Commission. The $30 million owed to the SEC represent a part of a settlement reached in February 2022 due to the Commission’s enforcement action against BlockFI. FTX is on the list due to a rescue package provided to BlockFI after the bankruptcy of 3AC earlier this year.

Immediately after FTX and 135 related companies filed for chapter 11 bankruptcy on November 11th, multiple firms were forced to either freeze withdrawals or write off their entire investments into Sam Bankman-Fried’s collapsed crypto empire. Perhaps the most interesting entity to give up on its FTX investment is the Ontario Teacher’s Pension plan.

Similar to BlockFi, both Genesis Global Trading’s crypto lending branch and its close partner Gemini Earn froze withdrawals. While neither of the two has so far filed for bankruptcy, the situation with Genesis caused widespread speculation that its parent company, the Digital Currency Group, is also in danger prompting Barry Silbert to write a reassuring letter to his firm’s investors.

At the same time the FTX Contagion started spreading, Binance announced it would create an “industry rescue initiative”. Recently, Binance provided more details on its plan initially announcing it allocated $1 billion to an earmarked wallet, and added that the total size of the initiative could rise up to $2 billion.

Do you think the other companies that froze withdrawals after the FTX collapse will also be forced to file for bankruptcy? Let us know in the comments below.