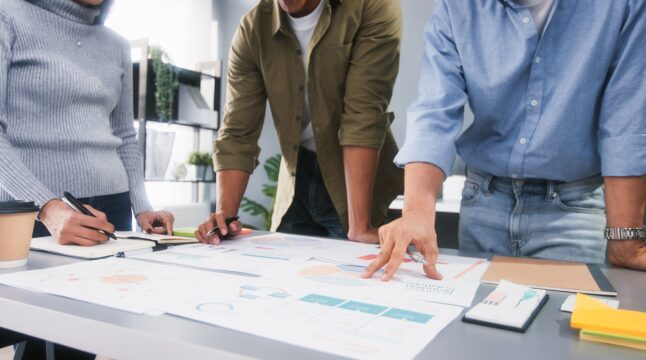 This Tuesday, DCG’s Barry Silbert published a shareholder letter containing a Q&A section in which he extensively discusses the relationship between the Digital Currency Group, Genesis, and Three Arrows Capital. While the letter makes no mention of Gemini or Gemini Earn, Gemini’s Cameron Winklevoss published an open letter earlier on Tuesday accusing Silbert of fraud with regard to Genesis and 3AC, and calling for his removal.

The main body of Silberd’s letter primarily reminisces on the early days of cryptocurrencies and identifies 2022 as the toughest year of his career. DCG’s CEO also expresses his pride in the role his company and himself played in the growth of digital assets and says the industry will have to work hard in 2023 “to re-establish its credibility and reputation”.

However, the letter also contains a Q&A section that tackles many of the calamities that struck the industry in 2022. Silbert states that Sam Bankman-Fried of the bankrupt exchange FTX never served on the board of Genesis, and explains that DCG made a small equity investment of $250,000 in FTX and maintained “a trading account with FTX with less than 1% of all our trading volume transacted on that platform.” The letter also states that DCG had no relation with Celsius and that its purchase of Luna tokens was made only in support of Foundry—a wholly-owned subsidiary.

Perhaps the most interesting part of the Q&A pertains to a promissory note issued to Genesis in the aftermath of the bankruptcy of Three Arrows Capital. Earlier on Tuesday, Gemini’s co-founder Cameron Winklevoss accused Silbert of fraud both due to the relationship between the DCG, Genesis, and 3AC, and due to the way Digital Currency Group claimed to have absorbed the $1.2 billion loss suffered by Genesis after 3AC went under.

While Winklevoss framed Genesis’ loans to 3AC as DCG’s way to feed its Greyscale Bitcoin Trust, Silbert highlights that the Digital Currency Group never had a relationship with the bankrupt company. The letter to shareholders also explains the loans made by Genesis to the DCG pointing out that the last one was made in May 2022. This is the second time Silbert is directly contradicting Winklevoss’ claim from January 2nd that the DCG owes Genesis $1.675 billion.

Soon after FTX collapsed, Genesis’ lending arm froze withdrawals from its platform. This move prompted Gemini Earn, a program with extensive connections with Genesis, to also halt withdrawals later on the same day. With the situation unresolved by early December, Winklevoss’ firm promised more transparency to its customers, and the transparency came in early January in the form of an accusatory open letter addressed to DCG’s CEO Barry Silbert.

In the letter, Cameron Winklevoss accused Silbert of negotiating in bad faith, and “hiding in his ivory tower” hoping the problem will “just magically go away”. The Gemini co-founder also gave January 8th as the deadline for Genesis to repay its debt to Earn customers. On Tuesday morning, Earn customers received an email stating that Gemini terminated its Master Loan Agreement (MLA) with Genesis Global Capital on January 8th.

This move, in turn, effectively terminated Gemini’s Earn program, though the customers were notified that this has no impact on the firm’s ability to pursue the recovery of their assets locked with Genesis. Furthermore, Cameron Winklevoss called for the removal of Barry Silbert from his role as DCG’s CEO and expressed his hopes that such a move lead would lead to an out-of-court resolution to the dispute.

Do you think DCG’s shareholders will move to remove Silbert as CEO? Let us know in the comments below.