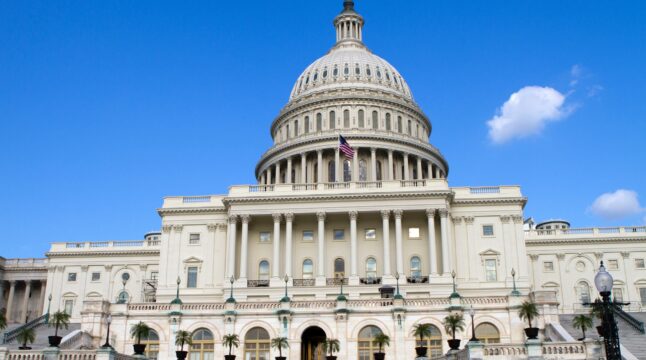 Sanctions against Tornado Cash can have heavy implications for DeFi. Where does the crypto mixer go from here?

After getting on the OFAC’s SDN list, Tornado Cash DAO is considering legal recourse to overturn the sanction for alleged money laundering. On both sides of the equation, the situation is odd.

To begin with, the US Treasury sanctioned Tornado Cash as if it is a legal/business entity.

But in fact, Tornado Cash is an open-source protocol serving as a public good, just as end-to-end encryption protocols serve to protect private communication on messenger apps. By the same token, how can Tornado Cash erect a lawsuit to bring down the US Treasury Department’s sanction?

Like most decentralized applications (dApps) with governance tokens, Tornado Cash operates through a DAO – decentralized autonomous organization. For example, MakerDAO specialized in developing lending protocols run by a community of MKR token holders, in addition to issuing the DAI stablecoin which is partly collateralized by ETH and USDC.

By the same DAO token, Tornado Cash uses TORN governance to arrive at various decisions about the protocol’s development. According to the DeepDAO aggregator, Tornado Cash DAO has 9,300 members who have staked $21.6 million worth of TORN in the treasury.

Predictably, the emergency issue being voted on is countering the worldwide deplatforming of dApp’s front-end services after the US Treasury sanctioned it as a “notorious virtual currency mixer”. Dubbed “Saving Tornado Cash: Formally Challenging the US Treasury’s Sanctions”, the DAO’s proposal aims to raise funds to hire a legal team on behalf of the Tornado Cash community.

If such a case were to go to Supreme Court, it could set an important precedent for global financial privacy. However, because there is no such thing as Tornado Cash in business records, some token holders advised against it. MakerDAO’s delegate Chris Blec pointed out that such a legal battle should be fought by affected individuals only.

Other token holders proposed hard-forking the Tornado protocol. While this would increase decentralization further, it would also decrease its deposited liquidity pool. In turn, it would make it less effective for its core purpose of making financial transactions private.

Does Tornado Cash Have Legal Standing?

Based on the legal precedents established so far, it appears that the Tornado Cash community has more legal standing than the US Treasury. The department seems to be blatantly going against the prevailing law that open-source software is equivalent to speech, protected by the 1st Amendment of the US Constitution.

The strongest case was spearheaded by Berkeley graduate student, Daniel J. Bernstein. He was threatened by the government to register as an arms dealer or obtain a license to publish his ideas under the Arms Export Control Act and the International Traffic in Arms Regulations.

What was so dangerous to elicit this response? An encryption algorithm called “Snuffle”, using “a zero-delay private-key stream encryptor based upon a one-way hash function”.

Now a professor at the Department of Computer Science at the University of Illinois, Chicago, Bernstein aimed to publicly discuss Snuffle at conferences so it could be deployed in various software packages.

After four years of court battles, in May 1999, the Ninth Circuit Court of Appeals ruled that such source code was equal to speech, therefore enjoying 1st Amendment protection. It could also be argued that Citizens United vs. FEC established the precedent that money is free speech because “anti-corruption interest is not sufficient to displace the speech”.

By the same token, it could be argued that the Treasury’s anti-money laundering interest is not sufficient to displace speech as an open-source code. Drawing from both of these cases, it appears that the US Treasury had no legal standing in the first place to issue such a sanction against Tornado Cash.

After all, if it can do that, what prevents government agencies from sanctioning P2P messenger protocols like Signal, or even sanctioning weapons manufacturers if criminals use them alongside law officers?

Immediately after the Treasury’s OFAC placed Tornado Cash on the SDN list, it signaled worldwide that all businesses and individuals linked with the dApp face equal sanctions or a 30-year prison sentence. Under such duress, Circle’s USDC stablecoin folded first, blacklisting addresses which resulted in the freezing of 75,000 USDC.

Surprisingly, even “decentralized” exchanges followed the edict, as dYdX started to block users’ wallets because they have interacted with Tornado Cash. This may be confusing, but decentralization happens on a spectrum. Those dApps that are truly decentralized don’t have such power because the developers would not possess either administration keys or multisigs.

Likewise, Alchemy provides blockchain infrastructure tools to link smart contracts with web interfaces, which is the essence of Web3. Chainlink, Meta, Shopify, Enjin, OpenSea, NiftyGateway, dYdX, Ledger, GameStop are just some of the companies that use Alchemy’s framework.

Nonetheless, there are infrastructure chokepoints that cannot be de-platformed – Ethereum and IPFS (Interplanetary File System). Thanks to IPFS’ decentralized hosting, Tornado Cash is still operational, while its smart contract will always be embedded into Ethereum’s blockchain until Ethereum itself shuts down.

By breaching established legal precedents, it seems that the US Treasury placed all intimidation options on the table. Most recently, Netherlands police apprehended a suspected Tornado Cash developer, which appears to be 29-year-old Alexey Pertsev. He has already been de-platformed from GitHub, which is in his Twitter bio.

That this arrest for writing open-source code happened in Amsterdam, Netherlands, is not surprising. The Netherlands is a part of the 14 Eyes surveillance and intelligence sharing apparatus. Grown from the original 5 Eyes, 14 Eyes’ explicit purpose is to monitor and share the activity of internet users to protect national security, which can shift according to needs.

Correspondingly, the arrest seems to be an intimidation tactic, a shot across the bow to warn other developers who write privacy-oriented apps and dApps. Considering that the Financial Action Task Force (FATF) coordinates both anti-money laundering and legislative efforts, from South Korea to Panama, such expedience was to be expected.

Where can the DeFi ecosystem go from here?

Moving Out of Centralized Stablecoins?

Given that most decentralized (algorithmic) stablecoins failed to maintain their pegs, a more robust full decentralization stack will have to be developed, including the Web3 infrastructure that ties smart contracts to web interfaces. MakerDAO founder, Rune Christensen, proposed that DAI’s USDC collateral should be completely converted to ETH, worth $3.5 billion, as the first step.

Vitalik Buterin, the founder of Ethereum, warned that this is a bad idea, as ETH price shifts could cause a liquidation cascade. This crypto contagion transpired throughout May and June when Terra’s UST stablecoin collapsed because it was collateralized by LUNA tokens.

In conclusion, it seems very likely that the US Treasury will lose the hypothetical legal battle. However, this takes years to unfold which is plenty of time to cripple DeFi protocols and development.

Do you think it is just a matter of time before encrypted messenger apps receive the same treatment, including arrests of their developers as if they are international outlaws? Let us know in the comments below.