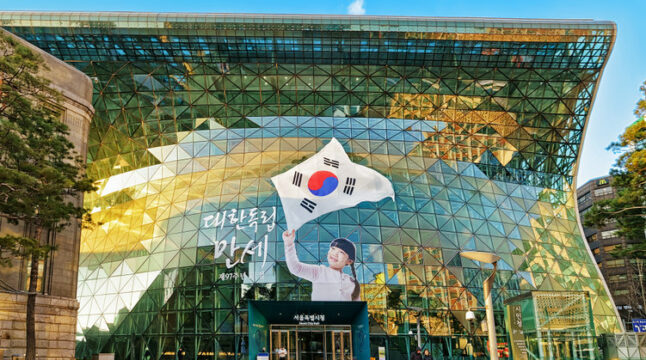 As of this Friday, South Korean exchanges and DeFi platforms are in a bit of a mess. The South Korean Government started enforcing guidelines pushed forward by the Financial Action Task Force (FATF) last October for Virtual Asset Service Providers (VASPs) in the country.

Under the new rules, all South Korean companies dealing with digital assets have to collect and disclose receiver/sender information if transactions are above one million Korean Won (~$816 USD).

With the grace period over, South Korean crypto companies now have to comply and implement this “travel rule” set by FATF.

The Financial Action Task Force (FATF) is headquartered in Paris, France, so its original name is Groupe d’action financière. Established in 1989 by the G7 nations, it is one of the outgrowths of global governance, similar to the World Economic Forum (WEF) but narrower in scope. As an intergovernmental body, it is focused on creating frameworks to combat money laundering, sanctions evasion, and terrorism financing.

In an updated guideline on digital assets last October, FATF defined the terms of VASPs and how they should approach AML (anti-money laundering) and CFT (combating the financing of terrorism). Because South Korea is closely tied to the US, a G7 nation, it took the FATF’s 111-page guidelines strictly.

The guidelines can be problematic as FATF treats DeFi platforms as if they are organizations with custodial services when, in fact, the entire DeFi ecosystem is based on a non-custodial transfer and storage of funds. FATF refers to these platforms as VASPs – virtual asset service providers.

Moreover, FATF defines VASPs in such a way as to make it difficult to launch permissionless DeFi protocols, which is currently the standard. Instead, under its guidelines, VASPs should be launched as permissioned networks so they can be regulated under AML/CFT more easily. To top it off, FATF introduced the nebulous term “sufficient influence” in paragraph 67.

“However, creators, owners and operators or some other persons who maintain control or sufficient influence in the DeFi arrangements, even if those arrangements seem decentralized, may fall under the FATF definition of a VASP where they are providing or actively facilitating VASP services. This is the case, even if other parties play a role in the service or portions of the process are automated.”

This is then expanded to the launching of VASPs themselves, in paragraph 92.

“Launching a service that will provide VASP services, for instance, imposes VASP obligations, even if those functions will proceed automatically in the future, especially if the provider will maintain some measure of control or sufficient influence…”

In short, FATF guidelines are restrictive in their vagueness. Instead of facing the peer-to-peer (P2P) digital assets market on its own terms, the FATF guidelines seem to shape how the technology itself is deployed and maintained. This goes to such an extreme as to recommend only permissioned platforms to launch, effectively shutting down the open-source culture that has brought so much blockchain innovation.

Due to its dense red tape, the South Korean crypto market has always been peculiar. This is best exemplified by the Kimchi Premium phenomenon in which crypto prices on South Korean exchanges exhibit a large differential compared to prices on foreign exchanges.

FATF’s travel rules bring further confusion into the mix. Although FATF guidelines are broad and restrictive, they give leeway to each crypto company designated as VASP on how to implement collection and disclosure of transfers above $816 USD:

With two competing travel rule systems, CODE and VerifyVASP, they are not yet compatible with each other until the next month. Meaning, South Koreans on Upbit can’t execute transfers to exchanges that use CODE verification and vice-versa.

South Korea Has No Libertarian Legacy to Lose

Overall, this is to be expected as FATF’s travel rule is simply a mirror of 1993’s real-name financial system. It was then that South Korea banned all transactions that are done either anonymously or incognito. With the new rule implemented, it may add inconvenience but it also makes it exceedingly difficult to traffic in illicit crypto funds.

In turn, this should legitimize and broaden access to virtual funds. This is almost certainly to happen with the winner of the last presidential election, Yoon Suk-yeol. As a former top prosecutor, it is safe to say he doesn’t like secrecy and the potential of tax evasion. However, it is also the case that he embraced crypto assets.

After all, Yoon’s campaign was the first one in modern politics that minted over 4,000 minted NFTs in order to attract younger voters. Furthermore, Yoon openly stated that crypto regulations are unreasonable. For him in practice, this means:

In the end, while DeFi platforms in South Korea lose their libertarian spirit and become a part of the system, South Korea has always been a highly centralized society, in one form or the other.

Do you think it is just a matter of time before the entire world implements travel rules for crypto? Let us know in the comments below.