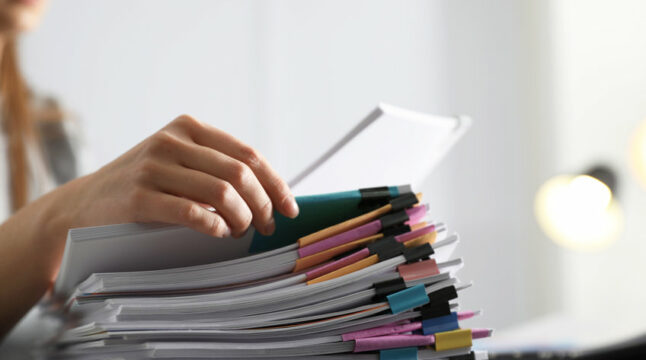 The regulatory body has released long-awaited guidelines on virtual assets, providing a glimpse of the future for DeFi and NFTs.

The Financial Action Task Force (FATF) has released its previously postponed update on its guide for the crypto industry. The new guideline comes almost six months after it released an initial draft for crypto-related surveillance. This was aimed at broadening the scope of surveillance obligation and the amount of data to be surveilled. An outpour of criticism from crypto advocates led to the postponement of issuing the final draft until Thursday.

FAFT is an international organization that creates standards for anti-money laundering (AML) and know-your-customer (KYC) requirements. As an informal body — not created by law or treaty — it does not have the authority to make binding laws. However, it uses blacklists and failing grades in policy audits to pressure non-compliant member states.

A breakdown of the new guidelines for digital assets shows that the regulatory body has produced, for the first time, regulatory outlines for Decentralised Finance (DeFi) and NFTs. This addresses concerns noted in the FATF’s 12-month review of its standards on virtual assets and virtual asset service providers (VASPs).

The updated guidance states that DeFi developers and companies should now be considered as VSAPs.

“Creators, owners and operators or some other persons who maintain control or sufficient influence in the DeFi arrangements, even if those arrangements seem decentralized, may fall under the FATF definition of a VASP where they are providing or actively facilitating VASP services.”

According to Pelle Brændgaard, CEO of crypto compliance firm Notabene, the new guidance aims to identify VASPs in the DeFi ecosystem based on participant revenue. He further explained that a business would be more likely to be considered as a VASP if it collects transaction fees or direct payment from a protocol under its control. A model that a lot of decentralized companies fall under, meaning they would be classified as VASPs.

Furthermore, aside from DeFi, the new FATF guideline also addresses non-fungible tokens (NFTs). It indicates that although NFTs are not included in the FATF definition of virtual assets, they would be covered by the FATF standards as financial assets. The document reads:

“Given that the VA space is rapidly evolving, the functional approach is particularly relevant in the context of NFTs and other similar digital assets. Countries should therefore consider the application of the FATF standards to NFTs on a case-by-case basis,”

Finally, the new update calls on global authorities to urgently implement what it calls the “travel rule”. This is an Anti-Money Laundering and Counter Financing of Terrorism regulation for financial institutions introduced in 2019 by the FATF.

Some crypto policy experts have been quick to offer their thoughts on the implication of these new guidelines for the industry. Some have raised concerns about the “vague standards” proposed by the FATF. A policy director at DeFi fund, Miller Whitehouse-Levine, pressed this point on a Twitter thread, saying he reads the report as FATF seeing a world in which DeFi is “suppressed”.

In the same vein, New York blockchain lawyer, Lewis Cohen, shared similar sentiments in his tweets. However, he did state that the guidelines could have “been much worse”.

In a recent breakdown, a policy research firm, Coincenter.org, called the new regulation proposals flawed. They pointed out that the silver lining in the policy is that it is non-binding. It also pointed out that most of the new guidelines were already covered by the Financial Crimes Enforcement Network (FinCEN) laws, meaning it would not require any new policy from AML regulators in the US.

Some DeFi Protocols Have a Head Start

Reacting to the new guidelines, Swarm Markets, the first licensed high-liquidity protocol, mentioned that it already has a “2-year head start” on the new policies.

Swarm Markets calls itself the “first regulated decentralized platform”. They are open to the public and provide a platform for both retail and institutional investors to trade securities and cryptocurrencies. Their reaction shows that they may be ahead of regulatory operators and may offer a clear insight on how regulation can coexist with DeFi as more guidelines are expected in the future.

Will regulators implement the new FATF recommendations any time soon? Let us know your thoughts in the comments below.