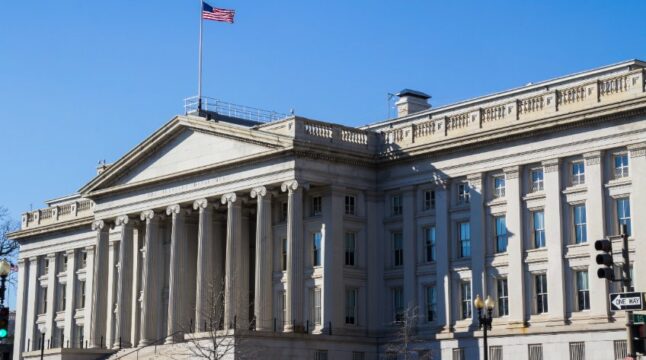 Tornado Cash Sanctioned by the US: Would Prohibition Work on DeFi?

Deplatforming financial privacy is harder to accomplish with dApps.

The U.S. Department of the Treasury issued a sanction against the virtual currency mixer Tornado Cash. Surprisingly, the Treasury’s press release title refers to the mixer as “notorious.”

After Blender.io, this is the second crypto mixer to be sanctioned, but Tornado Cash is the first decentralized one. Run by former Fed Chair Janet Yellen, the Treasury paints Tornado Cash as a money-laundering vehicle, responsible for laundering $7 billion worth of crypto coins since the service launched in 2019.

What Does a Virtual Currency Mixer Do?

As noted recently in the Chainalysis report on pro-Russian groups evading US sanctions, crypto mixers anonymize transactions by mixing them up with other cryptocurrencies. This way, when one deposits crypto into a liquidity pool and then withdraws it, the value remains the same but not the transfer record.

This obfuscates cryptocurrency transactions, making them private similar to physical cash. Because of this, mixers can be used to avoid tracing, either by international organizations or by governments for the purpose of tax evasion.

Blender.io was first to be sanctioned this May, after having been connected to North Korean hackers dubbed the Lazarus Group.

However, Blender.io neither has a token nor a DAO to be considered a dApp like Tornado Cash.

What Does the “Sanction” Mean?

In conjunction with its Office of Foreign Assets Control (OFAC), when the Treasury issues a sanction against an entity, it means that all of its property on the US territory is blocked. This also applies to US citizens living outside the US, who have above 50% stake in the property.

The blocking itself includes prohibiting transactions, funds, contributions, goods, and services, either to the property or the persons with the stake. However, if Tornado Cash makes a concerted effort to “impose effective controls”, OFAC could revisit its classification and remove the platform from its SDN (Specially Designated Nationals) list.

The Treasury seems to have used weaponized language to issue a sanction against Tornado Cash. Not only is the word “notorious” in the press release title, but it pushes loaded language to the limit. The sanction describes Tornado Cash as a service that:

“operates on the Ethereum blockchain and indiscriminately facilitates anonymous transactions by obfuscating their origin, destination, and counterparties, with no attempt to determine their origin.”

“Indiscriminately facilitates” just means that Tornado Cash is an agnostic and decentralized application (dApp). One could use the same description for the Signal messenger, as it indiscriminately encrypts communication between people to make it private.

Likewise, because Ethereum is a public blockchain unlike Monero (XMR), Tornado Cash just anonymizes transactions to make them private. In the press release, the Treasury admits that “most virtual currency activity is licit”, but some is not.

The implication is then clear. If there is a potential for illicit activity, the service should dissolve its core feature. In other words, people have no right to expect financial privacy. This is nothing new, as the same talking point has been deployed against communication privacy as well.

Case in point, in 2020, Sen. Lindsey Graham introduced the Lawful Access to Encrypted Data Act. The bill would have ensured that companies decode data when asked to by authorized agencies. In the same vein, we have seen global efforts to remove financial privacy from the cryptocurrency sector.

At the center of it is the international Financial Action Task Force (FATF). This Paris-based organization, headquartered within OECD, had exerted pressure to cripple DeFi from South Korea and Panama to the EU.

How Can the Sanction Against Tornado Cash Be Enforced?

Tornado Cash was developed by Roman Semenov, specifically designed as a decentralized app (dApp), so no third party could control it. When asked in January to help with various investigations, he stated the following in an interview:

“The Tornado Cash team mostly does research and publishes the code to GitHub. All the deployments, protocol changes and important decisions are made by the community via Tornado Governance DAO and deployment ceremonies,”

In other words, Tornado Cash cannot comply with the Treasury’s edict to “impose effective controls” because TORN tokenholders don’t want to dissolve the platform’s core financial privacy service. That would entail collapsing the value of TORN, which presently holds a market cap of $27.2 million.

By the same TORN token, of which there are 1 million out of 10 million total in circulation, it is unclear how TC’s DAO members could be identified in order to be blocked. What could happen is that cryptocurrency exchanges de-list TORN, but it would still remain on decentralized exchanges (DEXes).

Likewise, the dApp itself cannot be removed from Ethereum, as it could happen when a corporation removes an app from its store. For that to happen, Ethereum itself would have to be shut down first.

Do you think people have the right to online financial privacy, just like they have offline with physical cash? Let us know in the comments below.