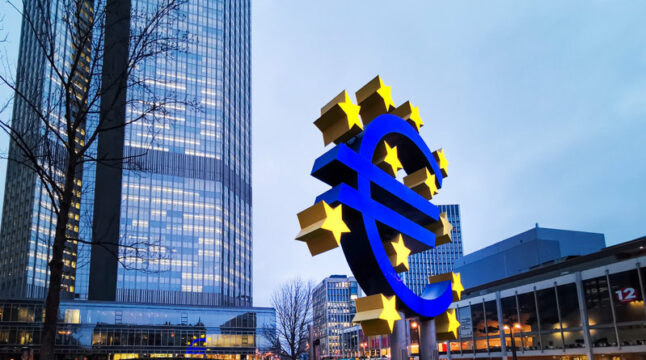 EU's draft bill, if passed, could end privacy for cryptocurrency users in the region.

Once the legislative machine sets a goal, it tends to be exceedingly difficult to put a spanner in its works. Not a month after the EU’s Markets in Crypto-assets (MiCA) draft almost banned Bitcoin under the sustainability framework, a more comprehensive threat emerged—the tracking of all crypto transfers without any exemption.

Overall, the proposal passed with overwhelming 93 votes in favor vs. 14 votes against. If the proposal goes through fully and is enacted as law, it will enable the tracking of all transactions, whether they are on centralized exchanges or DeFi platforms. All crypto services will have to collect sender/receiver information and give them away when requested by relevant authorities.

This is identical to the recent South Korean privacy crackdown which resulted in a negative Kimchi Premium. The EU’s version difference is that there is no minimum ~$820 limit for transactions. All transactions with traditional payments over $1,105.61 will also have to be reported, regardless if suspicious activity is warranted or not.

With the minimum transfer threshold removed, the EU mandate would make users register crypto transfers even from non-custodial (un-hosted) wallets. Instead, licensed crypto firms would be delegated to obtain, maintain, and divulge information of parties involved in transfers.

By Urtasun’s own account, the proposed law is a mirror of the Financial Action Task Force (FATF) guidelines on virtual asset service providers (VASPs), already implemented in South Korea with a minimum transfer threshold.

It appears that the EU’s version got rid of the ‘de minimis’ threshold so as to be even more in line with the intergovernmental FATF, which was created by G7 nations in 1989 to combat tax evasion and money laundering.

Bitcoin Down by 6.3% on News of EU Proposal But Recovers Quickly

The bigger question is, what does it even mean to mandate the use of hosted wallets for crypto transfers? Any centralized crypto exchange account is also a hosted wallet, i.e. it holds the user’s private key. In contrast, users truly own funds only with a non-custodial wallet, as they hold private keys that unlock blockchain assets.

The fact is that no entity can intercept transfers between non-custodial wallets. For instance, if Tom sends Anna 1 BTC over MetaMask or Trezor, this transaction is merely recorded as such on the blockchain. If Tom and Anna have not already disclosed their identities by associating them with their crypto wallet addresses, they remain anonymous.

However, if Anna would then attempt to convert that 1 BTC into cash or another cryptocurrency, this is when the EU’s new mandate would come into play. For that to happen, she would have to transfer the BTC to a crypto platform licensed as FATF’s VASP.

From that point onward, the “crypto” part of cryptocurrency would be nullified. To restore it, one would then have to go to decentralized exchanges (DEXes) not subjected to FATF’s identity disclosure requirement. Yet, the end-line of owning crypto, to transferring it into a bank as usable fiat money, would again bring the user into the FATF’s KYC/AML framework.

Sometime in April, the draft will go through the EU’s parliament plenary session. Without a challenge by the plenary vote, which constitutes 1/10 of the member votes, the proposal then goes through a months-long trialogue between the EU Parliament, its Commission, and the Council.

This leaves a couple of months of lobbying for the rules to change. Presently, the opposing center-right European People’s Party (EPP) composes 175 member seats out of EP’s 705. EPP’s spokesperson, Markus Ferber, described the draft as unwarranted and disproportionate, stating that:

“With this approach of regulating new technologies, the European Union will fall further behind other, more open-minded jurisdictions.”

The CEO of Coinbase, Brian Armstrong, who regularly makes contracts with federal law enforcement agencies, called the proposal an attack on privacy. After all, Coinbase would have to know and verify the information of recipients alongside senders, even if recipients are not Coinbase customers.

“This eviscerates all of the EU’s work to be a global leader in privacy law and policy. It also disproportionately punishes crypto holders and erodes their individual rights in deeply concerning ways. It’s bad policy.”

Patrick Hansen of Unstoppable Finance, heading the development of a DeFi wallet, retweeted a meme from the movie Inglorious Bastards. It refers to the end-point escalation of such legislation, as any non-custodial wallet can be recovered via remembered seed phrase. It then follows that the human brain can hold un-hosted wallets.

Do you think the EU’s draft bill is bad for crypto? Let us know in the comments below.