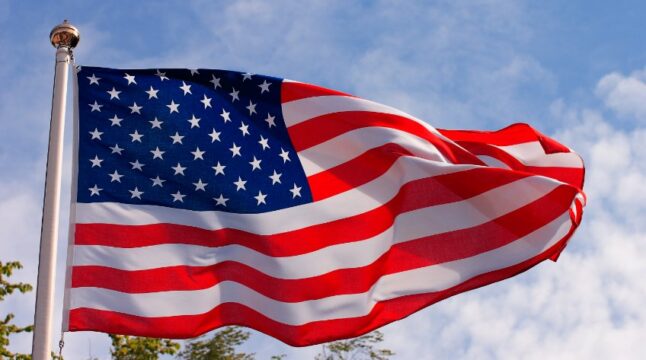 Mainstream crypto payments are traceable, but seemingly not sanctionable.

A recent Chainalysis report found that pro-Russian social media accounts received $2.2 million in cryptocurrency since the conflict started. As one would expect, cryptocurrencies with the largest market caps, Bitcoin and Ethereum, made up 93% of that number. Interestingly, stablecoin USDT on the Tron network, known for its low transfer fees, made it to third place.

This was to be expected, as the Fed interest rate hikes brought down the value of cryptocurrencies into double-digit negative territory well into the conflict.

The Regional Focus of the Report

The Chainalysis report focuses on two Ukrainian regions, Donetsk and Luhansk, predominantly inhabited by a Russian-speaking population and pro-Russian voters. The map below largely correlates with Ukraine’s language division, with bluer regions being more pro-Russian.

The Ukrainian language itself is a mix of Russian and Polish. In turn, there is 50% mutual intelligibility between Russians and Ukrainians. This is the threshold at which speakers understand each other without having to take the effort to learn either language.

Where Did the Crypto Money Go?

By connecting social media accounts/blogs to wallet addresses, Chainalysis was able to track 10 accounts that received the biggest share of funds. The division was quite lopsided, as one account received over $1 million, while five others got well under $100k.

The pro-Russian accounts made it easy to see how the money was spent, predominantly to aid in war efforts, either offensively or defensively. In order to instill confidence in donators that funds would not go to frivolous waste, some took to the meticulous itemization of all the items purchased.

Their purchasing power was further boosted by the exceptionally performing ruble. Year-to-date (YTD), the Russian ruble appreciated by +20%. Simultaneously, the euro dropped like a rock, resetting to USD/EUR parity since its launch 20 years ago. This was to be expected given that Russia holds the natural resources card.

Can Crypto Transactions be Anonymized?

To prevent sanction evasion, the Office of Foreign Assets Control (OFAC) keeps a detailed list of all detected entities, individual or corporate, that should not receive funds. If that happens, OFAC would then be able to sanction the mediators themselves, such as international cryptocurrency exchanges, plunging them out of business.

However, that doesn’t work for companies that do not care for such listings. Case in point, Moscow-based exchange Bitzlato facilitated around $1 billion in crypto-fiat conversions since 2019. While crypto users can take advantage of inherently private cryptocurrencies like Monero (XMR), there is another prominent tool in use – mixers.

As the name implies, platforms like Tornado Cash try to anonymize public coins by running them (mixing) with other coins, and then outputting the same value:

To counter mixers, Chainalysis developed a wide range of tools and techniques to remove obfuscation, spearheaded by Chief Scientist Jacob Illum. Of course, just like privacy-oriented Monero is legal, so too are mixers.

After all, the right to privacy applies to communication just as it applies to money transfers. For instance, a messenger app like Meta’s WhatsApp is more open to scrutiny than encrypted P2P apps like Signal or the recently launched Keet.

In the end, even mixer platforms sometimes block malicious actors. In the case of Tornado Cash, it banned the Lazarus group, affiliated with North Korea and involved with Axie Infinity’s Ronin Bridge hack.

Founded by Michael Gronager and Jonathan Levin in 2014, the New York-based blockchain startup has come a long way in its intelligence work. The company’s original goal was to take advantage of the public blockchain’s transparency and break the media narrative on cryptos as underground money.

After having received a total funding of $536.6 million, Chainalysis became both an education portal and expertise provider for governmental agencies.

Is making blockchain transactions private more valuable than its potential for illicit abuse? Let us know in the comments below.