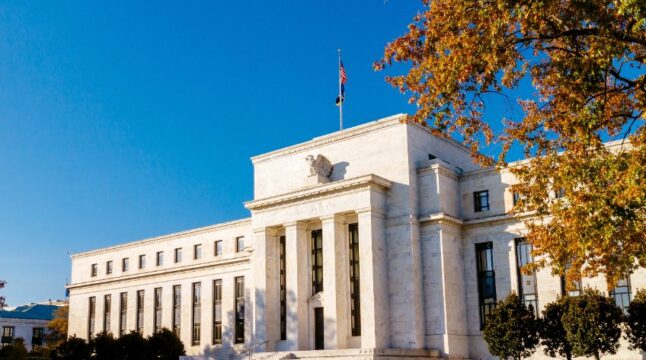 Fed Hikes Rates By 75 BPS; What Does It Mean for the U.S. Economy?

The Federal Reserve announced a new interest rate hike of 75 BPS at the latest FOMC meeting to rein in raging inflation.

The Federal Reserve (FED) hiked benchmark interest rates by 75 basis points (bps) at the latest Federal Open Market Committee (FOMC) meeting as 4-decade high inflation continues to weigh on American consumers. The hike was in line with the consensus estimates.

What Was the Market Expecting?

All eyes were on the Fed’s two-day meeting this week, which ended with an interest rate hike of 75 basis points as the central bank maintains its hawkish monetary policy. Prior to the meeting, Wall Street was expecting another 75 bps rate hike, the same amount as the last meeting.

The previous 75 bps rate increase in June marked the biggest hike since 1994 as inflation continues to fuel prices of goods and services to record highs. Earlier this month, the new consumer price index (CPI) print showed that inflation reached 9.1% in June, recording a new 4-decade high.

Inflation rose 1.3% month-over-month in June, while core inflation, which does not takes volatile gas and food prices into account, surged 0.7% last month and 5.9% on an annual basis. After the new CPI data were reported, the majority at Wall Street was bracing for a 0.75 percentage point rate hike.

“Almost 100% of the market is already pricing in the 0.75 percentage point increase. Anything other than that will be a big surprise with the potential to move the market (currencies, stocks, etc.)”

Furthermore, some financial experts have been even calling for a 100 bps rate hike at this meeting in a desperate attempt to ease inflationary pressures. According to reports, futures on the federal funds raised have increased the probability of a full percentage point rate hike. Before the new CPI print, fed funds futures had priced just a 0.2% likelihood of a 100 bps rate increase, which rose to 33% after the data was released.

The last CPI print and a series of aggressive interest rate hikes by global central banks have led to growing recession fears. These factors have caused a significant slowdown in the U.S. economy, with the country’s gross domestic product (GDP) shrinking at a 1.6% annual rate in the first quarter, with many expecting GDP to grow just 0.4% in the second quarter.

U.S. Treasury Secretary Janet Yellen acknowledged an economic slowdown earlier this week, but she said the recession is not inevitable. “This is not an economy that is in recession,” she said, “but we’re in a period of transition in which growth is slowing and that’s necessary and appropriate.”

The raging inflation has pushed mortgage demand to its lowest level since 2000 amid a notable slowdown in the housing market. This slump has pushed the Mortgage Bankers Association’s market index to a 22-year low, data showed.

Do you think the U.S. economy will avoid recession? Let us know in the comments below.