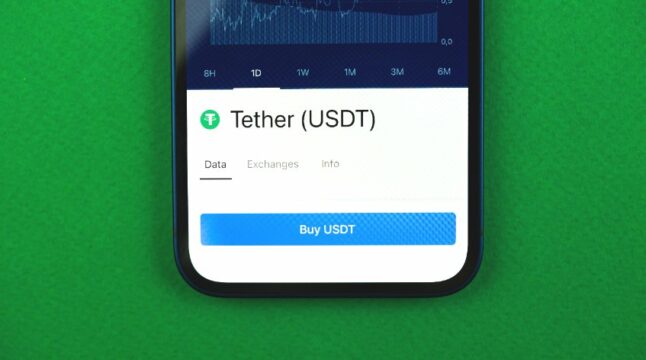 Crypto exchange Bitfinex and Tether have teamed up with peer-to-peer (P2P) protocol Hypercore to launch a decentralized communications app Keet.

Bitfinex and Tether have joined forces with peer-to-peer (P2P) protocol Hypercore to roll out a blockchain-powered video calling app Keet. The app, which represents a decentralized alternative to popular centralized communication apps such as WhatsApp and Zoom, is built on a fully encrypted platform for building P2P applications, Holepunch.

Cryptocurrency exchange Bitfinex and USDT stablecoin issuer Tether have collaborated with the Hypercore open-source protocol team to launch a new peer-to-peer (P2P) communications application, Keet. Through the app, users will be able to schedule audio and video calls and use free chat and file-sharing services, the sister firms said on Monday.

The companies said Keet is based on an underlying technology known as Distributed Holepunching (DHT). This technology enables users to locate and talk to each other “using only cryptographic key pairs upon authorization.”

While Keet is similar to popular video-calling and messaging services such as Zoom and WhatsApp, the new app does not share data with a central server but rather allows users to establish connections only between themselves. Through this decentralized approach, Keet manages to reduce latency and improve reliability relative to traditional communication apps.

Bitfinex and Tether are launching the web version of Keet on Monday, while the mobile app is set to launch in November this year. Keet will aim to “become the most unstoppable communication application, offering a great user experience, with maximum privacy and security,” said the CTO of Bitfinex and Tether, Paolo Ardoino.

Ardoino, who is now also a CSO of Holepunch, said Bitfinex, Tether, and Hypercore teams have been developing the technology for over the past five years. He added these companies were aiming to build a “platform that would allow users to access applications that are unstoppable and provide freedom of speech.”

The technology uses a computer networking infrastructure similar to BitTorrent, which makes it easy for developers to build P2P apps using the Hypercore stack. Holepunch is set to launch as an open-source software development kit (SDK) In December 2022.

Ardoino said Bitfinex and Tether have poured roughly $10 million into the development of Holepunch and Keet, adding the sister companies are open to investing an additional $50 million to $100 million for the future P2P apps. Holepunch is also expected to add the Lightning Network and the Tether stablecoin (USDT) to its protocol in the future. Earlier this year, Tether paid out over $10 billion in withdrawals amid a broader crypto market downturn.

What do you think about Keet and Holepunch? Let us know in the comments below.