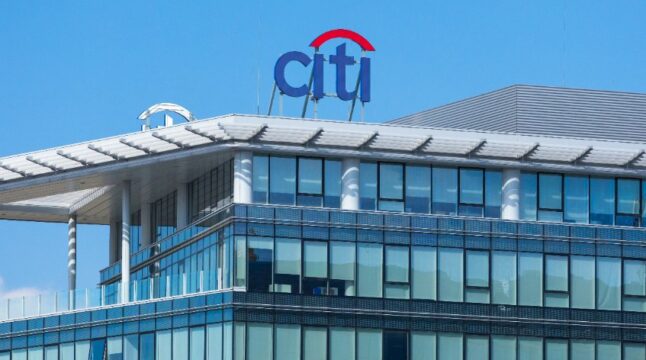 One Firm Thinks the Risks of Crypto Contagion Are Waning, But is it Correct?

One indicator suggests that the risks of the crypto winter spreading to the traditional financial markets might be waning.

Concerns about crypto contagion have been running rampant since the latest bear market began earlier this year, but one firm suggests that those fears may have finally peaked. Among the evidence used to suggest the end of crypto contagion was the so-called “Coinbase premium,” which has increasingly become a topic of conversation in recent weeks.

Indications from the Coinbase Premium

Referring to a note from Citi earlier this week, it was pointed out that several “intra-market dislocations” resulted from the volatility that swept through the crypto markets in May and June. One of those dislocations was the gap between the bitcoin price in U.S. dollars on Coinbase and the bitcoin price on competing crypto exchange Binance in the stablecoin Tether, which is pegged to the dollar.

At any rate, this gap between the Coinbase and Binance prices had shifted from being a premium to a discount in May. However, the good news is that it appears to be shifting back toward typical levels, which could suggest reduced stress in the crypto market. It may also indicate that the widely feared crypto contagion could finally be coming to an end.

Citi analysts believe the crypto markets may be too small and isolated for their problems to spill over to the traditional financial markets or the economy. However, they can still weigh on sentiment among investors.

Finance watchdogs have also been downplaying the risk of crypto contagion affecting the traditional markets, even touting themselves as banks’ primary protectors from the crypto markets.

In a comment to the Financial Times, Michael Hsu, acting U.S. comptroller of the currency, credited “federal bank regulators’ continued and intentional emphasis on safety, soundness, and consumer protection” with preventing the crypto contagion from spreading to the traditional banking and finance system.

Global regulators in Basel went further via a proposal for stricter rules on risky crypto assets. They suggested capping banks’ exposure to such assets at 1% of their Tier 1 capital. The U.S. Federal Reserve recently announced the findings from its annual stress tests on the nation’s biggest banks.

The regulator said those banks could exceed the capital levels mandated by the government while sustaining over $600 billion in losses. During those stress tests, the Fed observed that the largest U.S. banks had limited exposure to the crypto markets.

Aside from banks, other protections are in place to prevent crypto contagion. For example, a Securities and Exchange Commission official pointed out that institutional investors must follow guidelines that limit their digital asset exposure. The official added that they had seen no signs that investors had sought sizable redemptions from traditional securities to cover crypto losses, although the SEC continued to monitor such activity.

Some Areas Where Crypto Contagion Could Creep In

However, the Financial Times also pointed to areas where the traditional banking and financial system is at least somewhat exposed to the crypto markets. Some large, regulated banks have sought ways to tap the markets by offering a few crypto products.

For example, JPMorgan Chase assists crypto exchanges Coinbase and Gemini with their withdrawals and deposits. Meanwhile, Goldman Sachs has sold bitcoin derivatives and loaned money to Coinbase with bitcoin as collateral. Additionally, many banks are offering high-net-worth individuals access to investment funds with significant exposure to cryptocurrencies.

According to the Financial Times, smaller lenders in the U.S. are even more involved in the crypto markets. Many of them have been seeking to serve stablecoin issuers and crypto exchanges and traders, and other digital asset customers.

Big banks seem aware of what they’re missing out on. Morgan Stanley and Oliver Wyman said in a recent report that banks have missed out on over 95% of the $4 billion to $5 billion in estimated revenue on business from institutional and corporate customers related to digital assets.

Of course, regulators have not always been right when trying to predict whether contagion will spread from one part of the markets to another. For example, government officials notoriously downplayed the risks of the subprime mortgage crisis in the lead-up to the Great Financial Crisis in 2008.

What do you think about the crypto contagion? Is it over? Does it pose a significant threat to the traditional financial system in the near future? Share your thoughts in the comments section below.