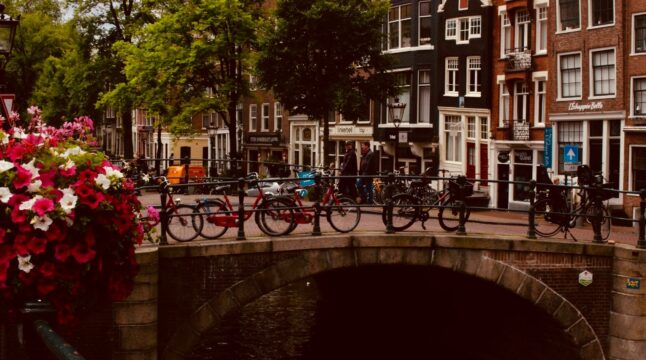 A 29-year-old man suspected of involvement in money laundering through Ethereum mixer Tornado Cash has been arrested in Amsterdam on Wednesday. The move comes as a part of the probe led by the Public Prosecutor’s Office for fraud, environmental crime, and asset confiscation.

The Netherlands Tightens its Clampdown on Cybercriminal Groups

The Fiscal Information and Investigation Service (FIOD), a government agency in the Netherlands investigating financial crimes, arrested a 29-year-old individual in Amsterdam on Wednesday. The man is suspected of covering up illicit financial flows and involvement in money laundering activities using the Ethereum-based mixing service Tornado Cash.

The FIOD said it is increasing its crackdown on decentralized groups that may be involved in money laundering activities. It also added that more arrests may follow as a part of the ongoing investigation.

“Multiple arrests are not ruled out. These advanced technologies, such as decentralized organizations that may facilitate money laundering are receiving extra attention from the FIOD.”

FIOD’s action comes after the agency’s cyber team opened a criminal investigation into Tornado Cash in June. Tornado Cash is a crypto mixing service powered by Ethereum blockchain that improves the anonymity of crypto transactions by concealing their origin, destination, and counterparties.

Tornado Cash is offered through a decentralized autonomous organization (DAO), a group with no hierarchical decision-making structure such as a board or CEO. Instead, the decisions are based on members’ votes and recorded in blockchain-based programs known as smart contracts.

FIOD Joins U.S. in its War Against Tornado Cash

FIOD’s Financial Advanced Cyber Team (FACT) suspects that Tornado Cash has been used in major crimes, such as large-scale crypto hacks and money laundering activities. This includes crypto funds stolen through cyber attacks launched by the so-called Lazarus Group, a North Korean cybercrime organization believed to be behind the Ronin Hack.

The FACT estimates that Tornado Cash has achieved a turnover of at least seven billion dollars since its launch in 2019. Furthermore, some investigations showed that roughly 1 billion dollars worth of illicit crypto money passed through the mixer.

Apart from crypto mixers like Tornado, cross-chain bridge services – which essentially enable the exchange of assets between multiple blockchains – are also becoming increasingly popular among cybercriminals. One of these cross-chain bridges, RenBridge, has been used to launder roughly $540 million in crime-related crypto money in the past two years.

Do you think Tornado Cash’s sanction is valid? Let us know in the comments below.