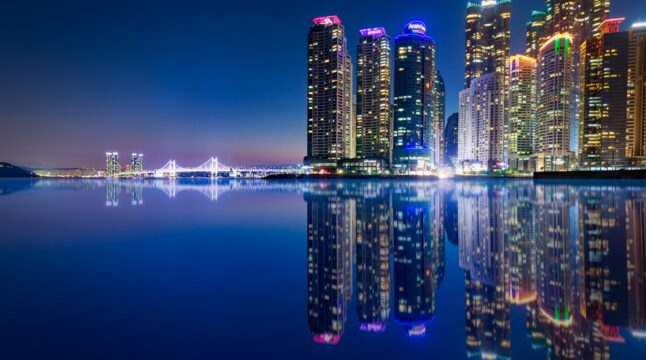 South Korean city of Busan is hoping to build on its strengths by launching a decentralized digital asset exchange of its own this year.

According to a local report, the Busan Digital Asset Exchange Establishment Promotion Committee held its very first meeting on Thursday, January 19th. At the meeting, it was announced that the South Korean city will see the launch of a decentralized exchange before the end of this year.

Busan Will Launch a Decentralized Exchange in 2023

On Thursday, January 19th, the Digital Asset Exchange Establishment Promotion Committee of the South Korean city of Busan held its first meeting. At the meeting, the Committee announced its plans to launch a decentralized digital asset exchange before the end of 2023.

According to the announcement, the exchange is meant to support Busan’s numerous strengths, like its cultural significance, agricultural production, real estate, and precious metals through the use of digital tokens. The Committee intends to organize Busan’s exchange into a fair structure distinct from other virtual asset exchanges currently extant in South Korea.

The Committee also plans to work on securing an improved regulatory framework in cooperation with the national government. Reportedly, the goal of the initiative is twofold. Busan hopes to be fully competitive with hubs like Abu Dhabi and Singapore while providing a robust system of protection for investors. The Committee also hopes to launch system tests for the exchange already in February.

Considering the crypto-friendly attitude of South Korea’s current president—for example, exemplified by the fact he minted over 4,000 NFTs to attract young voters—it is no wonder the country has been actively pursuing the development with regard to digital assets. Still, the road hasn’t been perfectly straight, especially with the disruptions caused by the LUNA collapse of May 2022.

As a result of the scandal, the country has actively been pursuing legal and enforcement actions to crack down on crypto-related crime. Throughout the summer, there have been multiple raids on exchanges with links to Terraform Labs, and the country has revoked the passport of the company’s founder—Do Kwon—and is actively seeking his arrest.

Still, the country has seen numerous digital asset developments over the previous year. In late 2022, it was reported that South Korea is planning to launch blockchain-based digital IDs for its citizens by 2024, and even launched a Metaverse replica of its capital city—Seoul—earlier this week.

The country is also seeing the return of some industry giants. While Binance left the South Korean market in 2018, it was reported late last year it was about to return. The world’s largest cryptocurrency exchange is allegedly in the final stages of acquiring one of the country’s biggest exchanges—Gopax.

Do you think the launch of a decentralized exchange can help Busan become South Korea’s crypto hub? Let us know in the comments below.