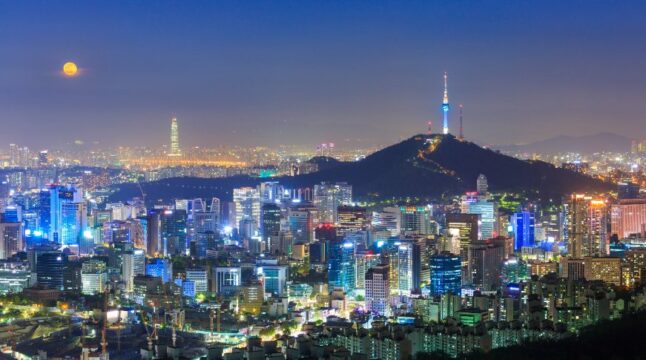 South Korea readies to completely digitize its governance and economy.

Will this become the standard worldwide, and what could it look like?

Moreover, under the new Financial Action Task Force (FATF) guidelines, all crypto transactions in South Korea under ~$816 have to be disclosed, which applies to both CeFi and DeFi platforms. This means that South Korea covered both the technical and legal framework for a digital society.

In this advanced infrastructural light, a digital ID is a natural add-on to an omnipresent smartphone platform. Just like an app, the smartphone-embedded ID will replace the existing identity verification framework, allowing:

The digital ID should launch in 2024 and cover 45 million South Koreans within the following two years of adoption. Although it is not clear what type of blockchain the government will use to deploy the new ID system, it should be decentralized.

Korean taxpayers would then pay to maintain the blockchain’s network nodes, but the government officials would not have direct access to stored data or how the digital ID is used.

With automated contracts on a blockchain, much of the bureaucracy would likely be rendered superfluous, while the governance efficiency would be increased. If every service could be performed online, it would then be questionable if most government offices would be needed.

In a statement to Bloomberg, Hwang Seogwon, the economist at Korea Science and Technology Policy Institute, expects that digital ID will yield great cost-saving effects across the board.

“Digitals IDs can yield huge economic benefits in finance, healthcare, taxes, transportation and other areas and may catch on quickly among the Korean population,”

With this governance rebalancing of costs, a digital ID could boost a country’s GDP by up to 13%, according to the World Bank. In the case of South Korea, the digital ID project manager, Suh Bo Ram, forecasts the economic boost at 3% of GDP, or $42 billion in the next ten years.

That’s because South Korea is already highly streamlined in terms of technological adoption. The United Nations ranks South Korea among the top 10 nations in the 2022 E-Government Development Index (EGDI), just after Denmark and Finland.

With easy access to digital services, a central bank digital currency (CBDC) would be its logical integration. In early 2020, the Bank of Korea (BoK) launched a dedicated CBDC research unit. From August 2021 to June 2022, BoK conducted a cloud-based CBDC experiment with the help of its top ISP provider Kakao, testing CBDC feasibility.

In July this year, real-world CBDC testing began with Korea’s ten commercial banks. However, even with all the pilot CBDC projects completed, Korean wok will not be coming soon due to cyber-security related matters, according to the BOK spokesperson:

“Even if we complete our research into a CBDC, it will take a long time [for us to] actually launch it.”

Outside of technical concerns, there is also a matter of CBDC’s programmability. Recently, the IMF Deputy Managing Director, Kenji Okamura, made it clear what it means to supplant anonymous physical cash with traceable digital money issued by central banks.

Based on Hong Kong’s CBDC timeframe, it appears that digital currency deployment in the South Asian region is within 2-3 years. Given that digital literacy in South Korea is already high, it would be a trivial matter to integrate digital ID with CBDC, as the backbone of social and financial governance.

Do you think a decentralized blockchain-based ID would be the only way to safeguard private data? Let us know in the comments below.