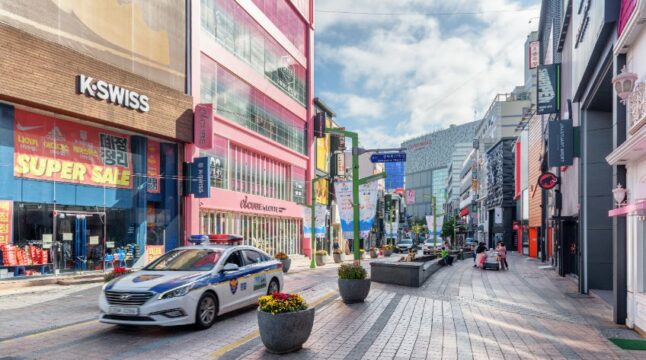 Prosecutors in South Korea raided Upbit and other local crypto exchanges Wednesday after authorities opened an investigation into the recent collapse of stablecoin TerraUSD (UST) and its sister token LUNA earlier this year. The Seoul Southern District Prosecutors Office sent a team of investigators who seized transaction records and other information from the exchanges, according to the Seoul-based newspaper Korea Herald.

A team of investigators in South Korea raided local crypto exchanges today, marking the latest development in the investigation of fraud linked to the collapse of Terraform Labs’ tokens in May this year. A number of transaction records and other documents were seized from Upbit and other exchanges around 5 pm, Korea Herald reports.

Earlier this year, algorithmic stablecoin TerraUSD collapsed, sending the value of its sister token LUNA to $0 in a matter of hours. The crash, which disturbed the entire crypto market, was a part of a broader crypto market sell-off that wiped billions of dollars in value in a single day.

The collapse prompted a barrage of complaints against Do Kwon, CEO of Terraform Labs – the company behind TerraUSD and LUNA. One of the firms that filed complaints was the South Korean law firm LKB and Partners, which represents investors affected by the crash. The firm filed the complaint with the Seoul Southern District Prosecutors Office, accusing Do Kwon and his company of fraud.

The ban came after Do Kwon reportedly left South Korea and moved to Singapore. South Korean TV network previously reported that prosecutors may invalidate Kwon’s passport during the probe.

Prosecutors Uncover a Secret Subsidiary Linked to Do Kwon

Before raiding local exchanges, the South Korean prosecutors reportedly discovered a new, secret TerraForm Labs subsidiary that exists only “on paper.” According to KBC News, prosecutors uncovered a subsidiary known as FLEXE Corporation, which facilitated money inflows from abroad to Terra associates.

Investigators said they discovered two cash transactions of 6 billion Korean won (about $4.5 million) and 12 billion won (about $9 million). The funds were moved from Terra’s Singapore headquarters to its office in the British Virgin Islands before ultimately reaching FLEXE and other Terra businesses.

KBS also said that the only internal director of FLEXE Corporation is Do Kwon. In addition, a search on Naver, a South Korean version of Google, shows that FLEXE is based in Seoul’s Seocho District, in the same building as a company that helped finance the foundation of Terraform Labs.

What do you think about the latest developments in the Terraform Labs saga? Let us know in the comments below.