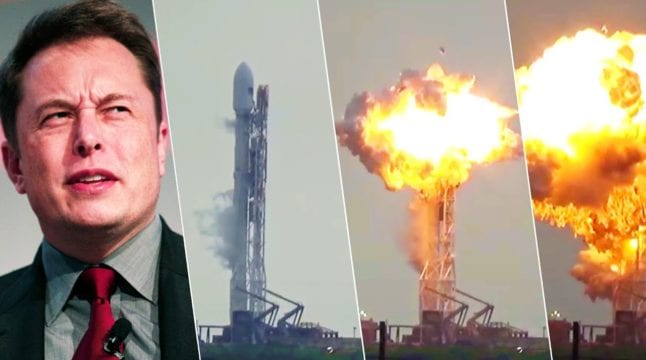 It is a curious thing to see an ecosystem, designed to be decentralized and self-governing, clinging onto every word coming from established figures. The crypto space may rely on a decentralized blockchain to provide a unique value proposition, but can it really be decentralized if it exists within an ultra-centralized culture?

Just recently, the Tokenist went against the grain regarding Dogecoin’s (DOGE) viability and its corrosive impact on the crypto space. If one were to pick an altcoin that is technically inferior out of the pile of thousands, DOGE would definitely rank among the top candidates. DOGE fails both as a cost-effective payment method and as a store of value due to its infinite inflation mechanism.

Yet, this didn’t stop the meme coin from breaking all expectations, currently holding an incredible $66.1 billion market cap. Many hold the view that such abnormality can be attributed to a single source – Elon Musk. Specifically, his enormous social media power to influence over 53 million Twitter followers.

When he folded under pressure and accepted the dubious framing that Bitcoin is eco-dirty, his single tweet managed to eat away $360 billion out of Bitcoin’s market cap.

At the same time, Musk’s incessant shilling for a crippled memecoin continues, as if there are not dozens of already established altcoins with superior tech and utility.

You may’ve also noticed that the media strongly pushes the idea that lithium mining + other EV components leave a smaller carbon footprint than optimized gasoline vehicles. While that is yet to be clearly decided—at least with the battery technology that currently exists—Musk seems to have accepted this pretence. Even when taking for granted the premise that Bitcoin’s carbon footprint is out of bounds, contrasted to the astonishingly wasteful debt-based central banking, placing DOGE as a remedy is in a word – bizarre.

Will the Real Elon Musk Please Stand Up?

Due to massive pop-culture influence, generated from an endless stream of superhero movies for the last two decades, it was easy to place Elon Musk as a figure larger than life. From self-driving computers on wheels to Mars-bound rockets and vacuum-tube travel, he certainly has a knack for stirring imagination.

He has also been an incredibly successful entrepreneur. He doesn’t just have the imagination—he knows how to turn such imagination into reality.

However, when faced with Elon Musk’s nonsensical tweets, one can only speculate the source:

Ultimately, these speculations are not as important as verifiable facts pertaining to Elon Musk’s tied interests. It is no secret that Elon Musk built his wealth, becoming one of the top richest men on Earth, by having close dealings with the government. This applies to Tesla’s green credits as much as it applies to SpaceX, SolarCity, and StarLink.

From the investigative report done by the Los Angeles Times six years ago, nothing has significantly changed. As part of the investigation, Dan Dolev, Jefferies Equity Research analyst says,

“He definitely goes where there is government money. That’s a great strategy, but the government will cut you off one day.”

During Q1 2021, Tesla’s net profits of $438 million exceeded Wall Street expectations—but not because people were buying Tesla’s EVs. Instead, a huge chunk of those profits came from selling Bitcoin – $101 million, in addition to selling regulatory green credits to other auto companies. If one were to look at Tesla’s core business model – selling solar panels and luxury EVs – it had lost $25 million during the same period.

Furthermore, EV competition is on the rise, with General Motors’ Super Cruise autopilot actually outperforming Tesla in key areas of safety. The problem for GM is, they don’t have an eccentric billionaire serving as a figurehead, spending his time immersed in online, memetic irony culture.

One has to wonder, without Elon Musk’s carefully cultivated public persona and government subsidies, what would be his true wealth ranking? Many Bitcoin and DOGE enthusiasts portray themselves as anti-establishment—especially the finance establishment. But is there anyone more established than Elon Musk, while pretending not to be?

Elon Musk managed to harness his influence to such an extent that his tweets have suggested having the effect of acting as a central bank for Bitcoin and DOGE. This doesn’t bode well for the maturity of the crypto space. However, Musk is not the only individual to possess such influence.

In a story that combines the toxicity of meme coins and personality cultism, Vitalik Buterin, the co-founder of Ethereum, took the spotlight this week. Following the creation of Shiba Inu (SHIB) memecoin, as a copy of DOGE trying to tap into its glory, its devs took an unusual step. Usually, when developers create deflationary altcoins with massive supply, they have a built-in burn mechanism.

Burning tokens is a way to artificially keep the supply demand high. This time, however, they sent half of the SHIB supply to Buterin’s wallet. Initially, this spiked its price as people took yet another meme novelty frenzy in stride. Unfortunately for them, Buterin decided to donate the SHIB coins at their peak price—giving $1 billion worth of SHIB tokens to an Indian charity.

The issue is, whether Buterin spent the money on exorbitant feasts on private islands, or sent it to charities, the coins sold out, crashing the coin’s price by -52 percent.

In the meantime, outsiders looking in, at both Elon Musk and meme coins, will have a difficult time perceiving the crypto space as anything other than one big speculative joke.

What’s the number one thing the blockchain space needs right now to reach its next level of maturity? Let us know in the comments below.