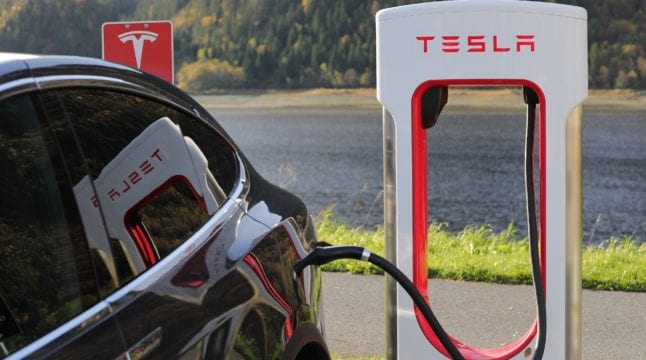 The World Economic Forum undoubtedly frowns on the very notion of a non-billionaire owning a vehicle.

As Tesla officially supports Bitcoin payments, it’s easy to think of the announcement as a monumental milestone for the crypto world. Nonetheless, you would do yourself a disservice by not questioning if you should take advantage of this novel payment option.

As of Elon Musk’s recent tweet, Tesla has become the first major car manufacturer to offer their luxury electric vehicles via Bitcoin (BTC). Tesla’s own website already describes the new payment process in detail, which isn’t any different from using your Bitcoin wallet to buy other products or services.

Predictably, given that Tesla already invested $1.5 billion in BTC in January, such payments will not be converted to USD but will remain as Tesla’s BTC reserve. Since then, when Bitcoin’s price fluctuated between $30k – $40k, the price differential alone has already made Tesla about $1 billion in profits on paper. Surprisingly, this is more than Tesla made from its core business – selling EVs throughout 2020.

This tells us something important. Both Tesla and macroeconomic indicators project Bitcoin to reach new value height this year. In this light, does it make sense to use your BTC to buy any product, including Tesla’s EVs?

Despite Elon Musk’s best intentions, the cheapest Tesla car – Model 3 Standard Range Plus – is still far above the plan from 2019 to manufacture an affordable car at around $30k. The current model costs nearly $38k, abandoning the mass-market pricing model. In 2019, Tesla’s debut for the Model 3 sedan was priced at $35k.  Unfortunately, the balance between the manufacturing expenditure and the price tag made its profit margin either minuscule or negative, finishing Q1 2019 with a loss.

Consequently, even the $35k price for Model 3 was ditched later on and advertising canceled. However, in the first half of 2020, one could have still ordered it off-menu for that price range. You could account for federal and state subsidies to lower the price further, but they are often unreliable or subject to deadlines.

Furthermore, does it make sense for car manufacturers to be effectively funded by tax money? In the now-deleted tweet from 2018, Musk argued that fuel-savings costs should also be accounted for:

“true cost of ownership is closer to $31k after gas savings.”

Musk may have deleted that particular tweet because he forgot that the cost for replacing Tesla’s car batteries ranges between $3,000 – $7,000. Still, Tesla’s batteries have respectable longevity. According to Electrek, 10% efficiency degradation occurs after about 160,000 miles (257,500km).

How Much Money Would You Lose by Buying Tesla’s EVs with BTC?

Let’s be honest. Bitcoin has primarily become a store of value. One that serves as a bullwark against the Federal Reserve’s policies that spur inflation, and possibly hyperinflation.

Accordingly, it would be prudent to think twice before using Bitcoin for big expenditures. Let’s see how much money you would’ve lost if Tesla had implemented Bitcoin as a means of payment last year and you bought it then with BTC:

Effectively, if you had committed to that hypothetical purchase in March 2020, you would have lost an investment opportunity worth 8 BTC within one short year. Reminder: 8 BTC translates (at press time) to more than $424,000. Quite a heavy investment loss for pretending that Bitcoin is a cryptocurrency instead of digital gold.

Note that the Fed Chairman Jerome Powell had this to say about Bitcoin this Monday, during the webinar sponsored by the Bank of International Settlements.

“[Bitcoin] is essentially a substitute for gold rather than the dollar,”

Of course, he also failed to understand Bitcoin’s value proposition in the context of central monetary planning, which is why it was easy for him to contradict himself.

“Crypto assets are highly volatile — see Bitcoin — and therefore not really useful as a store of value. They’re not backed by anything. They’re more of an asset for speculation,”

This is the same person under whom money supply increased more than in the last two centuries, effectively engaging in a mass-scale MMT experiment.

At the end of last year, The Tokenist noted that, when viewed from a purely fundamental market analysis standpoint, General Motors could stand to be a better EV stock than Tesla. The latter is quite an aberration, now tied to both Bitcoin and Elon Musk’s image as Tony Stark come to real-life. In turn, Tesla stock suffers with almost every Bitcoin announcement.

Previously, Tesla stock behaved as a high-growth tech stock. Although Tesla shares gained 279% in value over the last year, after committing to Bitcoin it entered the bear market at a 20% drop on January 26 closing. While it is true that Bitcoin performed to such an extent to have outpaced Tesla’s net profits last year, it is also true that it is a speculative asset.

Combined with Tesla’s ongoing difficulties in deploying an affordable EV, at a time of unprecedented wealth transfer, Musk’s cryptocurrency engagements are not that confidence-boosting for Tesla investors. There is a silver lining though, we can at least count on Bitcoin to trigger bitterness in the usual suspects.

With used cars constituting the overwhelming bulk of total car sales, do you think Tesla can benefit from such market conditions? Let us know in the comments below.